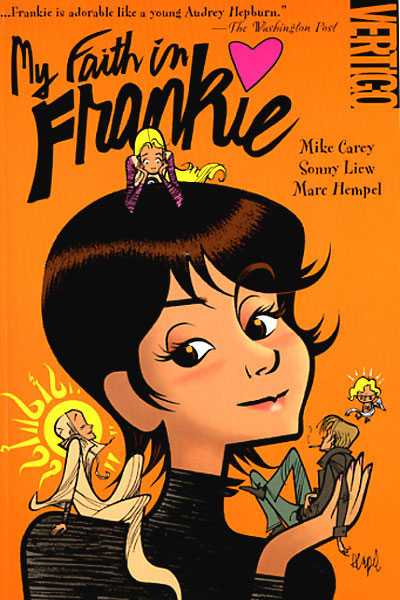 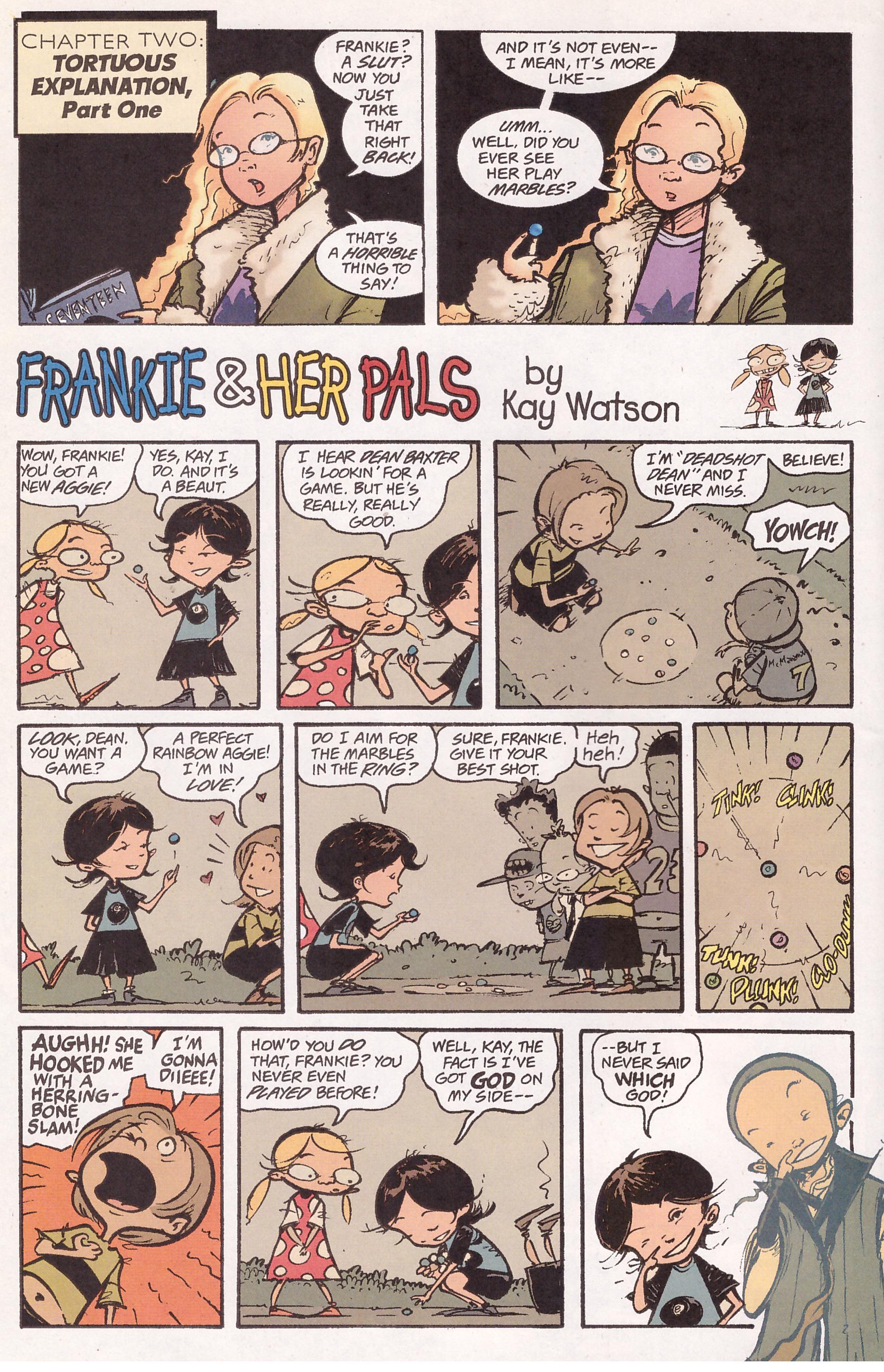 This is a charmer. An utter charmer. It took Mike Carey to spot that there’s never been that crossover between the 1940s wacky romantic comedy and the pits of hell, so that’s what My Faith in Frankie provides.

Since her earliest days the sparky Frankie has been protected by a God, Jeriven by name. He’s looked out for her, fixed her grades, and ensured the playground bullies aren’t a problem, but at seventeen she’s wanting to explore a little with boys, and he’s taking that protection duty a little more seriously than she’d like. Plus there’s the matter of Dean and the childhood accident in which he died. A petulant Frankie insisted Jeriven restore him to life, and lo! it did happen. They lost touch, but he’s now back on the scene, and has an agenda. Much of this is seen through the eyes of Frankie’s bestie Kay, a true friend who’s sailed in Frankie’s slipstream, but insisted on working through school for her own results.

At the heart of everything there’s a really simple story, but Carey’s innovative storytelling methods aren’t linear, and going with the flow over 36 chapters unfurls events slowly. Some chapters are set in the present day, others show Jeriven’s progress as a deity, and others still are Kay’s comic strips of their childhood years. This all requires adaptable art, and the team of Sonny Liew and Marc Hempel pitch it just right with a fluid cartooning style that in 2004 was unusual and daring, yet is now resolutely mainstream.

If it weren’t enough that it’s funny, endearing and page-turning, Carey throws in a few ideas about religion and its strictures, some taken literally such as renouncing your God and the consequences thereof, and others more skirted around. My Faith in Frankie isn’t a theological masterclass, but Carey has a few points to make in what’s otherwise the best satanic chickflick you’ll ever read as a graphic novel.

Vertigo have resolutely undersold this gem over the years, first only collecting it as a digest sized paperback, then reissuing it as a hundred page comic presenting the entire story. With the massively increased female audience, and the crossover and movie potential this has, what it really needs is a proper paperback edition that their marketing department then punt to all the right people.