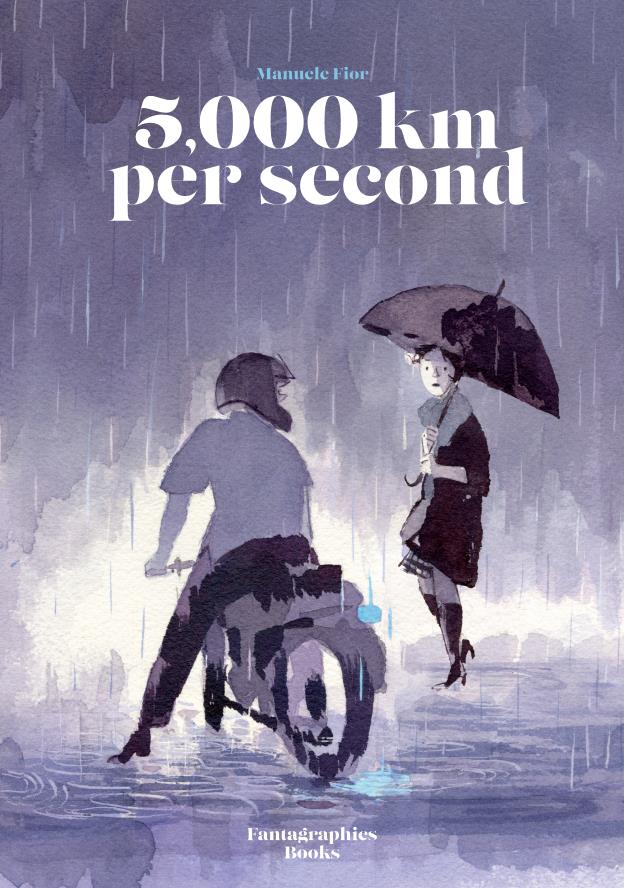 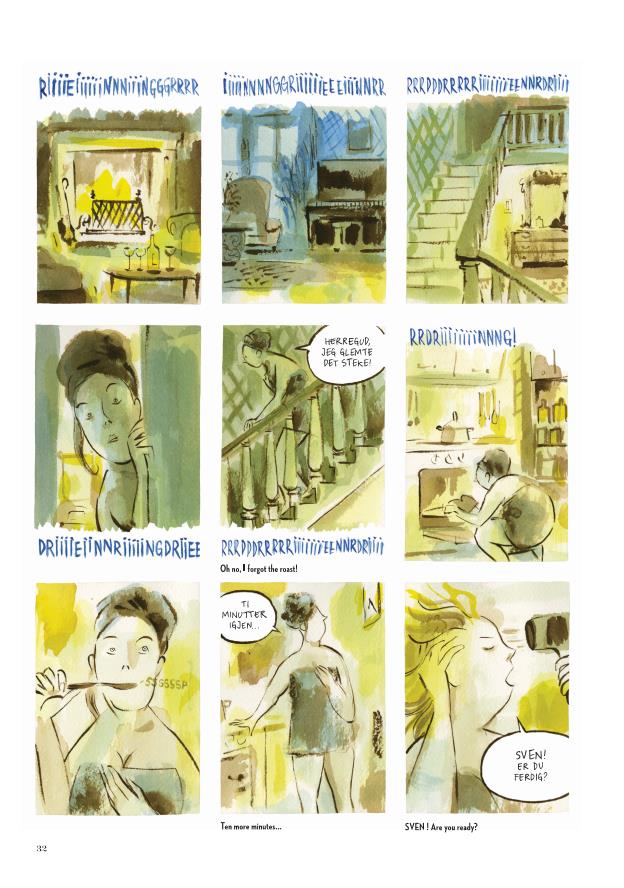 Pastoral and fragmentary, tender and observant, individual and universal, Manuele Fior’s 5000km Per Second just avoids being a love story while embracing all the classic signifiers of the genre.

In her teens Lucia’s parents separate, necessitating a move with her mother to a new apartment overlooking a courtyard. In the flat opposite is Piero, instantly smitten, and his best friend Nicola. The only problem for the budding relationship is that they appear to come as a pair. As the book progresses the complexities of these friendships reveal themselves, transcending borders as the narrative switches from Italy to Norway to Egypt and back.

Speed is indicated by the title, the literal meaning of which is disclosed around halfway through, but it equally serves as a metaphor for life’s rapidity, of how events occupy us, and prevent us from grasping what’s really important. Fior solidifies his theme by illustrating the book in sketchy watercolour. It might lead to the occasional visual inconsistency, but he conveys the velocity of life, each moment barely existing before the next, and accentuates this by forms of transport being significant throughout. His use of colour matches temperature and serves as a visual metaphor for a strength of emotion. The opening sequence is the stunning heat of an Italian summer, the penultimate sequence the torrential rain almost twenty years later, interestingly identified by Fior as still in our future. Yet speed isn’t the sole artistic preoccupation. Fior also suggests the passing of time via wonderfully sketched landscapes and scenery. Here there’s a stillness, a perpetuity.

It’s not only romantic relationships that are under scrutiny in this mature and refined book, although several are, and while by no means certain, the conclusion Fior’s reached appears to be that an early relationship is the required prod towards becoming a rounded person. Lucia and Piero share remarkably few pages in a book that’s ostensibly their mutual story, yet it’s also one of passion, jealousy and misplaced emotion. Nicola is barely seen beyond the opening sequence, yet his ghost hovers over much that follows.

There’s an abiding sensitivity to 5000km Per Second, and it’s difficult to consider a creator working in English language comics generating the same form of emotional honesty. The lovelorn beauty of Jeff Lemire’s non-superhero work perhaps comes the closest. The book won the best album prize at both the Lucca and Angoulême international comic festivals, and that’s a far greater recommendation than any review.