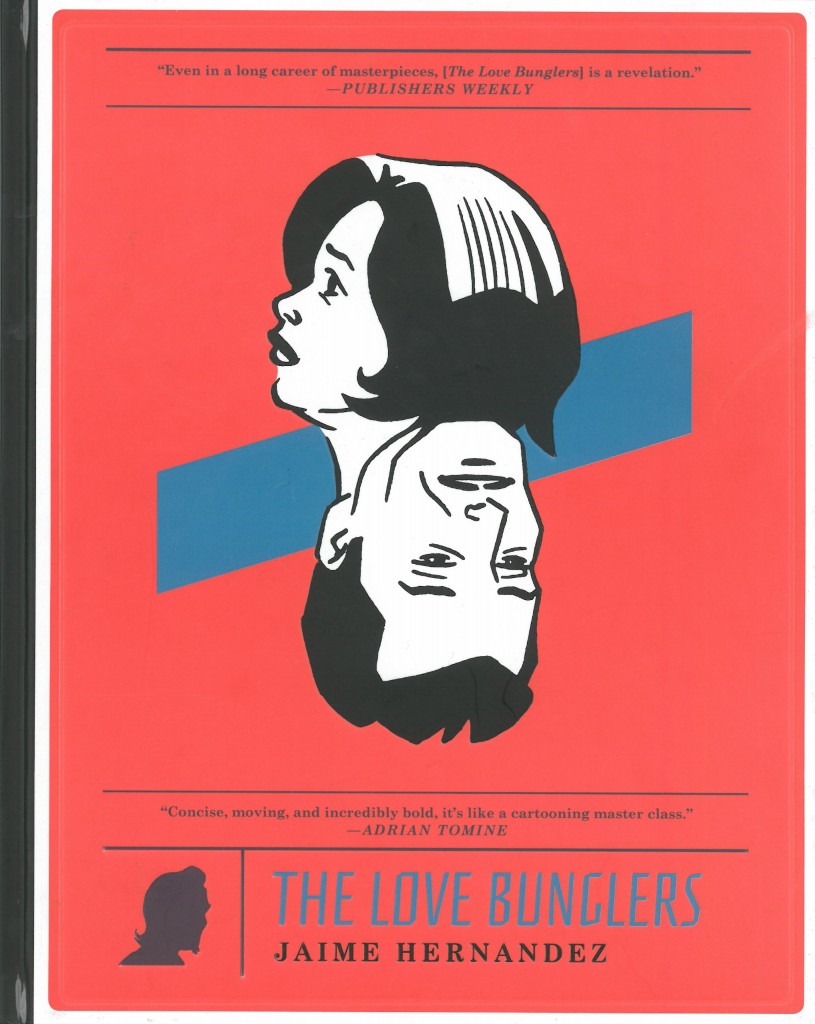 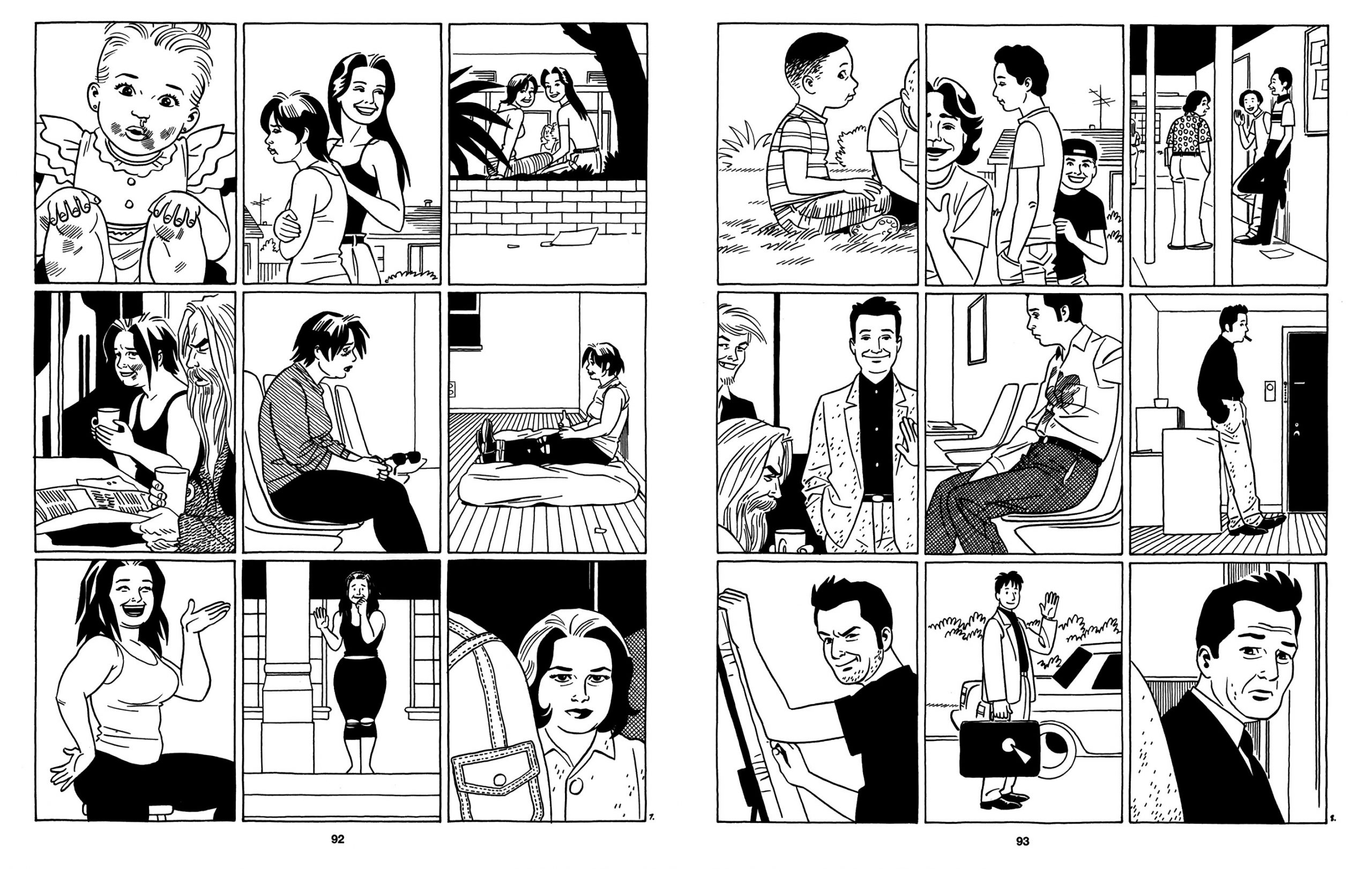 There are few comic creators able to convey human relationships in the thoughtful manner of Jaime Hernandez. He hit a high creative plateau relatively early, and has maintained the standard for the 25 years since, consistently dragging readers into what’s occasionally a tragic and heartbreaking world. That alone should be celebrated, but it’s an exceptional creator who delivers his peak so far into his career, yet Hernandez does so with the intricate and delicate emotional threads of The Love Bunglers.

Hernandez has gracefully chronicled the peaks and troughs of Maggie Chascarillo for over thirty years now, and she’s aged as he has. Once the teenage rebel, in mid-life she’s settled into a job of managing an apartment block, but still harbours the ambition of returning to her calling of mechanical repair by opening a garage. Love has never run smoothly for Maggie, so she remains single, and that’s at the heart of The Love Bunglers, the title possibly a tad trivial for an extraordinary account of how people can fail to connect after decades. Ray Dominguez has been a consistent part of Maggie’s life since their teens, yet circumstances have conspired to keep them separate. Maggie has always shied from commitment and Ray fears making the move that may wreck a long-standing and comfortable friendship.

The emotional complexities of that scenario alone provide for a decent story, but there’s an extra layer involving Maggie’s younger brother Calvin. Hernandez has always dipped back into the past to explain his cast, and Calvin’s childhood experiences are particularly unpleasant, shaping the fractured individual he became. The circumstances around Calvin are so readily understood, how he’s first ignored by adults with their own problems and two younger children demanding attention, and how the unformed mind develops his solution. The detailing may appear a capricious, if exceptionally well told, detour, but his contemporary impact defines the future for both Maggie and Ray.

For all the knowledge regular Hernandez followers have of the cast, the storytelling is so adept that anyone can pick this up as their introduction to his work with every required nuance supplied. It’s clear that the puzzle-solving skills and decisiveness Maggie brings to both her careers are absent in her drifting personal life. In one observant sequence she dispenses exactly the advice she requires, entirely unaware of the irony. It’s equally clear that Ray’s supplanting his true feelings with a series of shallow relationships.

That Hernandez art is so emotive and so good, yet his long career fosters an element of taking the beauty and skill for granted. It was, after all, his drawing that first drew attention, that combination of childhood influences with punk sensibilities, and it’s been refined ever since. Almost any page opened at random conveys at least one fine emotional touch by posture or glance alone, a level of thought not enough creators apply, yet seemingly instinctive for Hernandez.

The final glory is the ending, an entirely logical conclusion to what’s been constructed, given additional emotional impact by unravelling over an extended period. Hernandez both delivers, and pulls out the rug in stunning fashion. If this is to conclude Maggie’s story, from a dramatic viewpoint it’s hard to consider it could have been better handled.

Romance is much-derided genre in both comics and elsewhere, but that’s what The Love Bunglers is. Yet it’s as removed from the button-pushing melodrama and saccharine sentimentality associations as Hernandez is from most of his contemporaries. Any reader more responsive to their emotions than Ray will shed tears. It’s also found in Angels and Magpies.