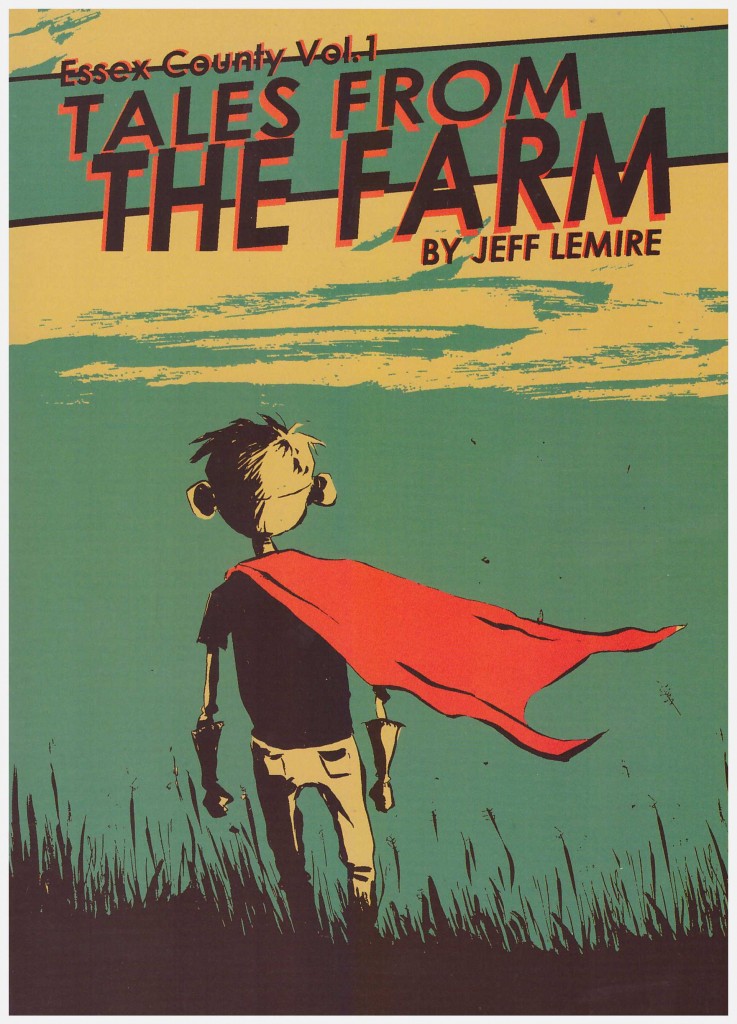 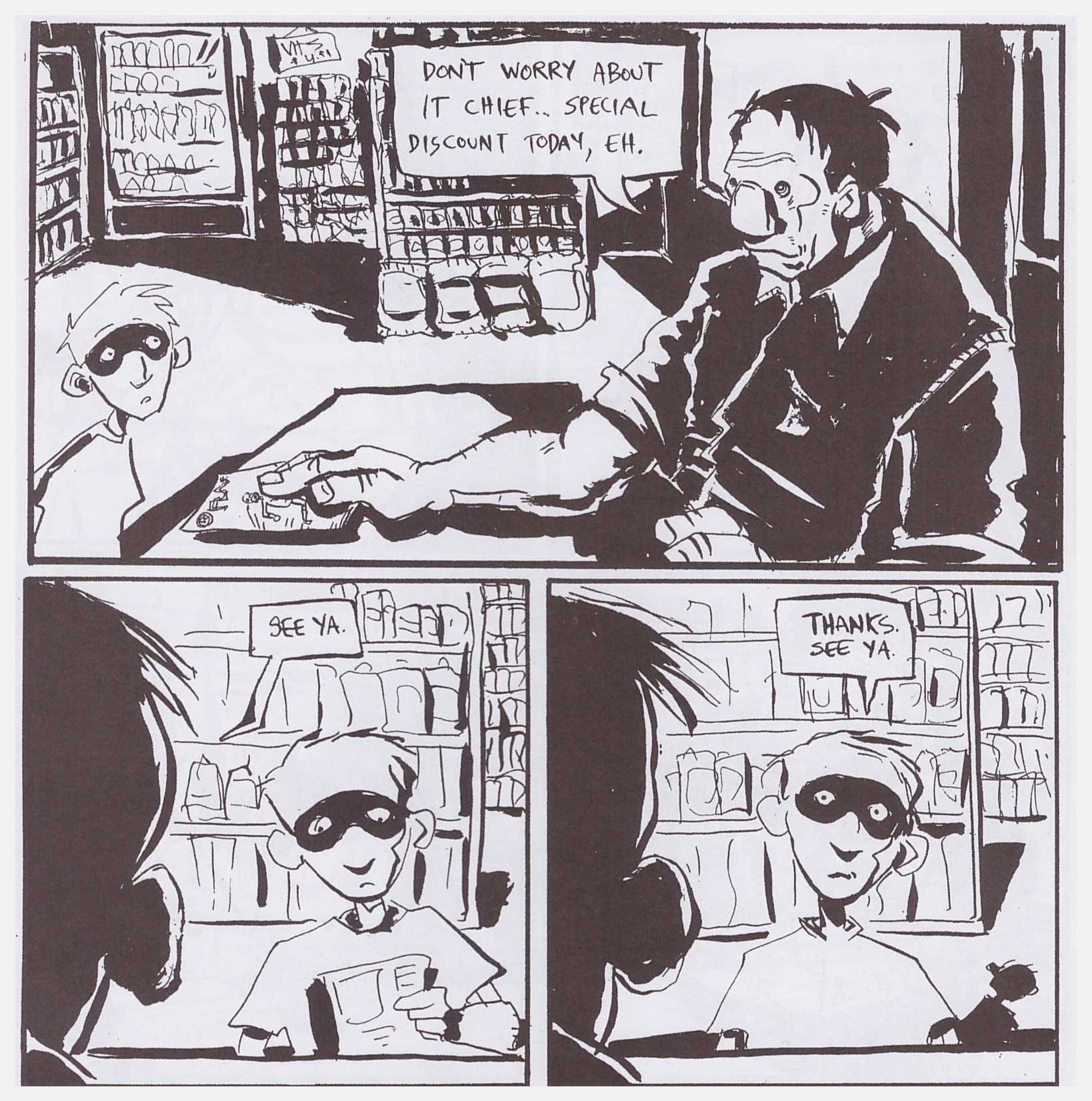 Ten year old Lester has been orphaned, and at the request of his dying mother his Uncle has taken him in. Ken Papineau is a farmer working long days with little experience of children since being one, so has no real idea of how to relate to Lester. Lester is stranded on the farm, ridiculed at school, and spends his days in a home-made superhero mask and cape transposing his grief into fantasies where he changes the world.

The one bright element of his life is Jimmy Lebeuf, a serious ice hockey prospect until a career-ending injury in his first game that also left him slightly brain-damaged. He now scrapes a living at the only petrol station in the isolated community, but can relate to Lester, playing along with his fantasies.

Considering this was only Jeff Lemire’s second graphic novel – Lost Dogs was the first – it’s a stunningly mature accomplishment. He deftly portrays the loneliness of all three primary cast members, their isolation enhanced by the vast, sparse rural Southern Ontario location in which Lemire himself grew up. He even finds a way to incorporate a superhero comic he drew when nine, re-contextualising it as now produced by Lester. His drawing is now vastly improved, and his blocky characters wear the hardships of their lives. He’s particularly good at letting a picture speak, using several of them between fragments of dialogue just to emphasise emotionally awkward situations, and the use of the passing seasons is a heartbreaking underscoring of Lester’s protracted sorrow.

This is deeply affecting story, possibly even more so when read a second time as the nuances Lemire plants become more than passing dialogue. There is a secret that’s never overtly revealed, but exceptionally well signposted.

Two further volumes followed, Ghost Stories and The Country Nurse, which returns to Ken, Lester and Jimmy a year later. All three are collected as Essex County.