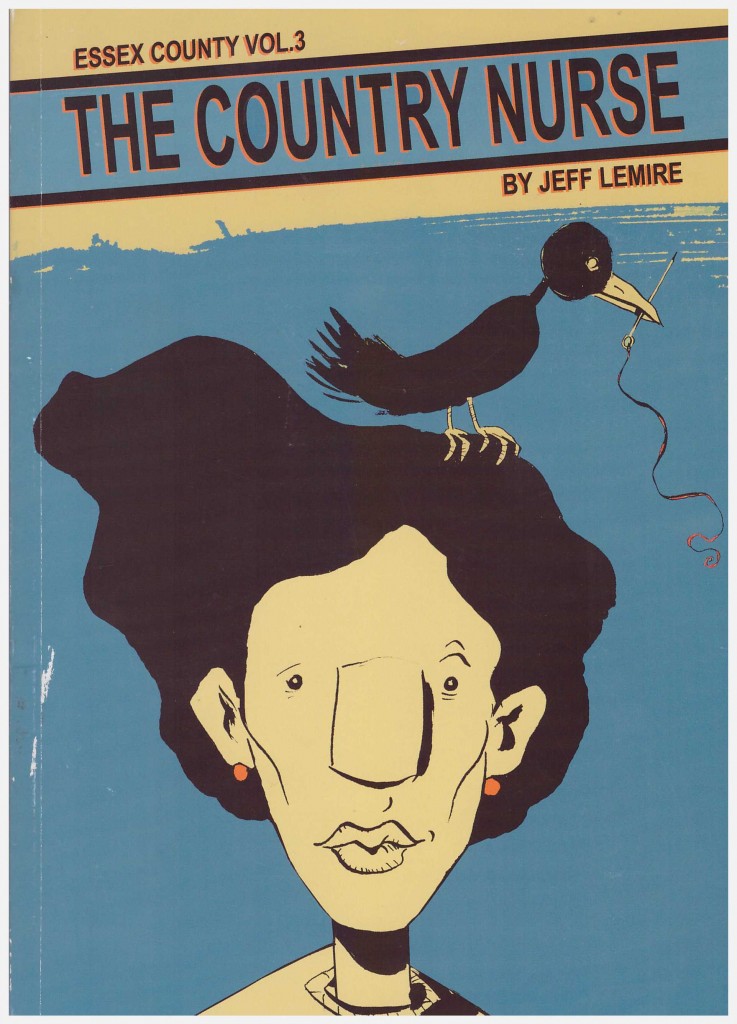 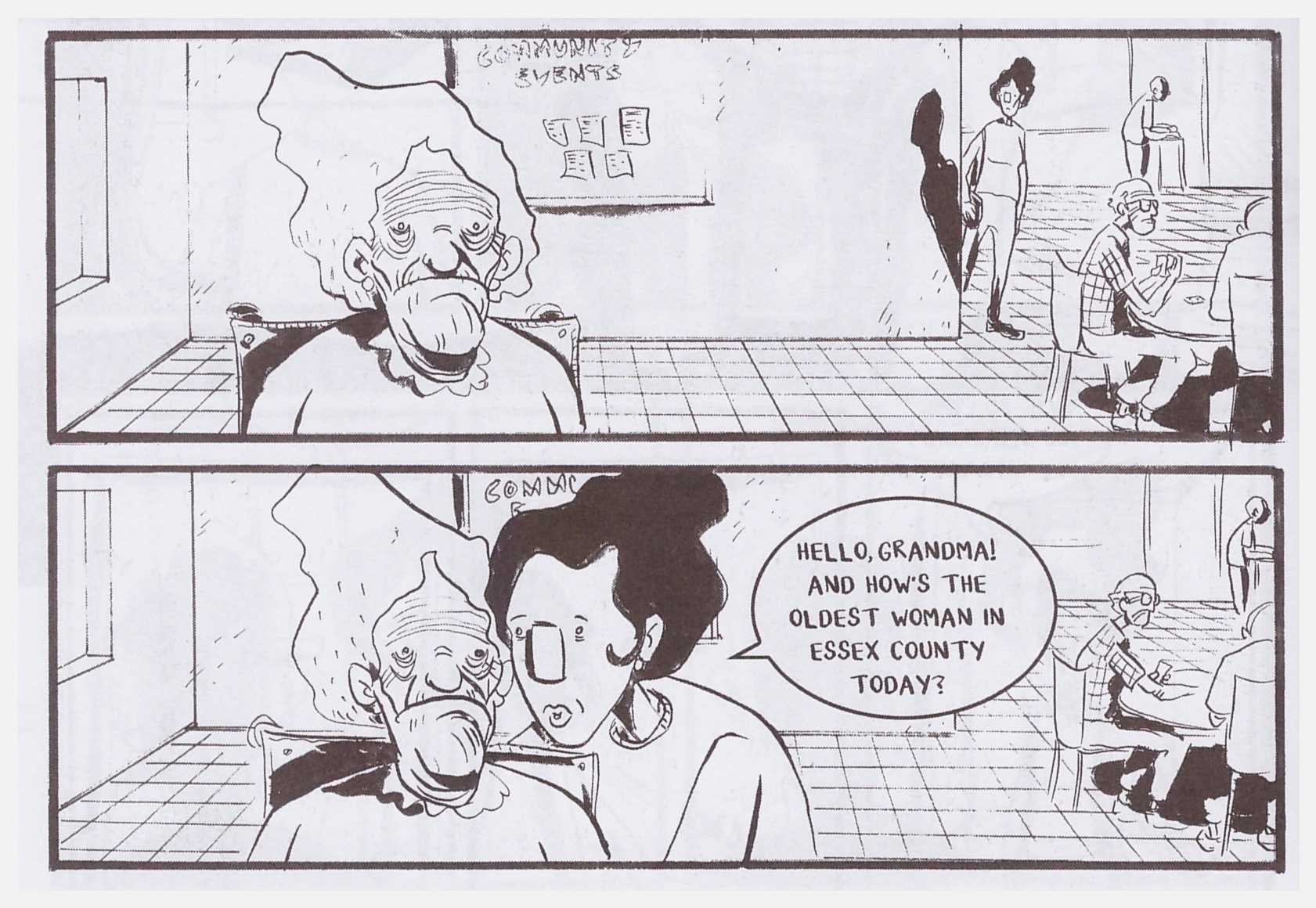 Jeff Lemire concludes his Essex County trilogy by relating events occurring roughly a year after those detailed in Tales from the Farm. He returns all three characters from that story and re-introduces and names the nurse of the title, Annie Quenneville, from Ghost Stories. She’s the widowed mother of one son, looking after another inherited from her husband’s first marriage, and she’s undergoing a crisis of confidence regarding whether or not she makes a difference.

Whereas the other volumes in this trilogy featured individuals isolated in their environment, her job ensures Annie is embedded in the community, yet she’s also lonely. The present day story is interspersed by one from a century previously with an inappropriate relationship in an orphanage and an explanation for the visual motif of a crow occurring in all Essex County material.

While The Country Nurse is self-contained, the central emotional conflict originated in Tales from the Farm. This is the least satisfying of the three stories, but the standard overall is so high that this shouldn’t deter any readers. The wandering narrative is odd. Annie is dropped midway through the book, only to appear for a largely meaningless coda, her real purpose seemingly being to re-introduce Ken, Jim and Lester. The secret so subtly hinted at in Tales from the Farm is spelled out here, but Lemire said everything he needed to about the situation when the cast were first seen, and this adds little other than providing a couple of nice scenes. The consequences of revelation are entirely absent, and might have made for a better story.

Lemire’s blocky art is still wonderfully apt, his downtrodden cast exuding their problems, and for the curious he provides family trees detailing the relationships between various cast members. His technique of permitting captionless panels to relate events works well, particularly with a sequence of orphans braving the appalling winter conditions, their forms reduced to brief squiggles within a blizzard. All three connected tales are collected as Essex County.