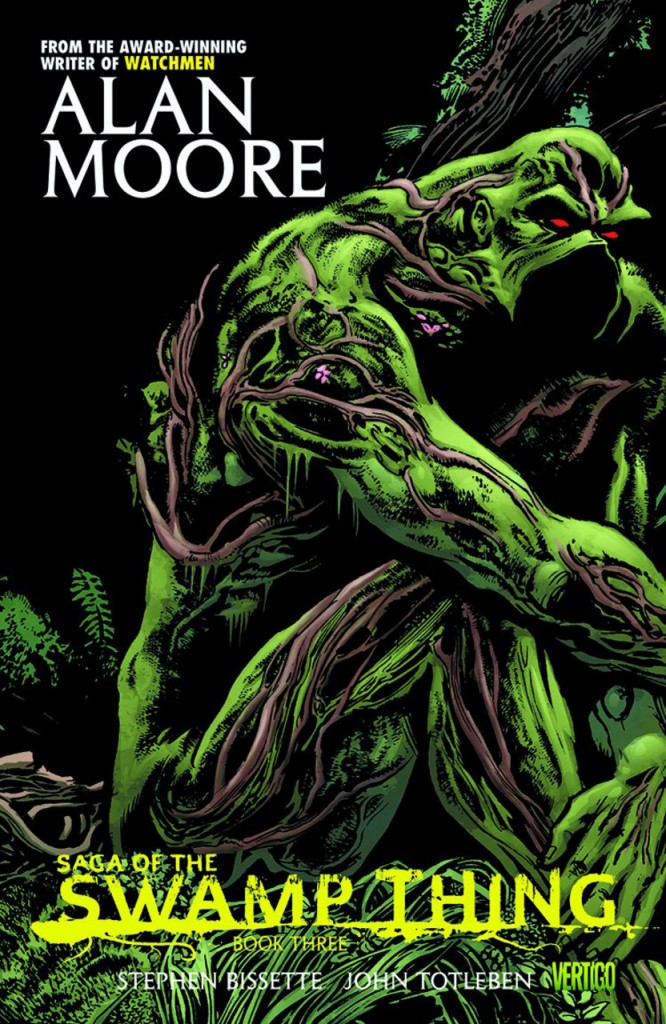 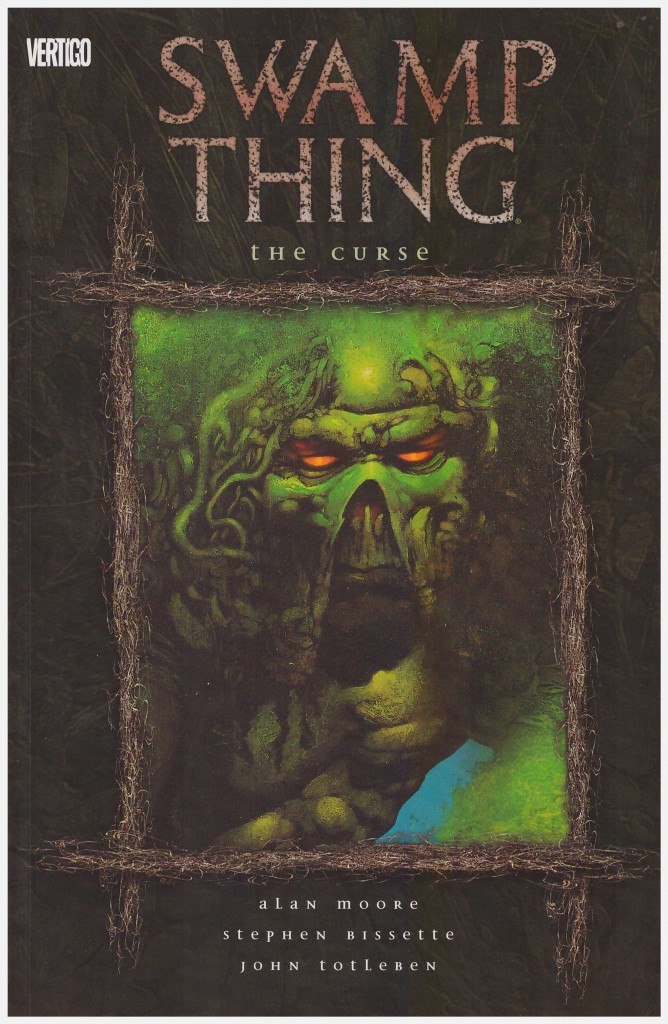 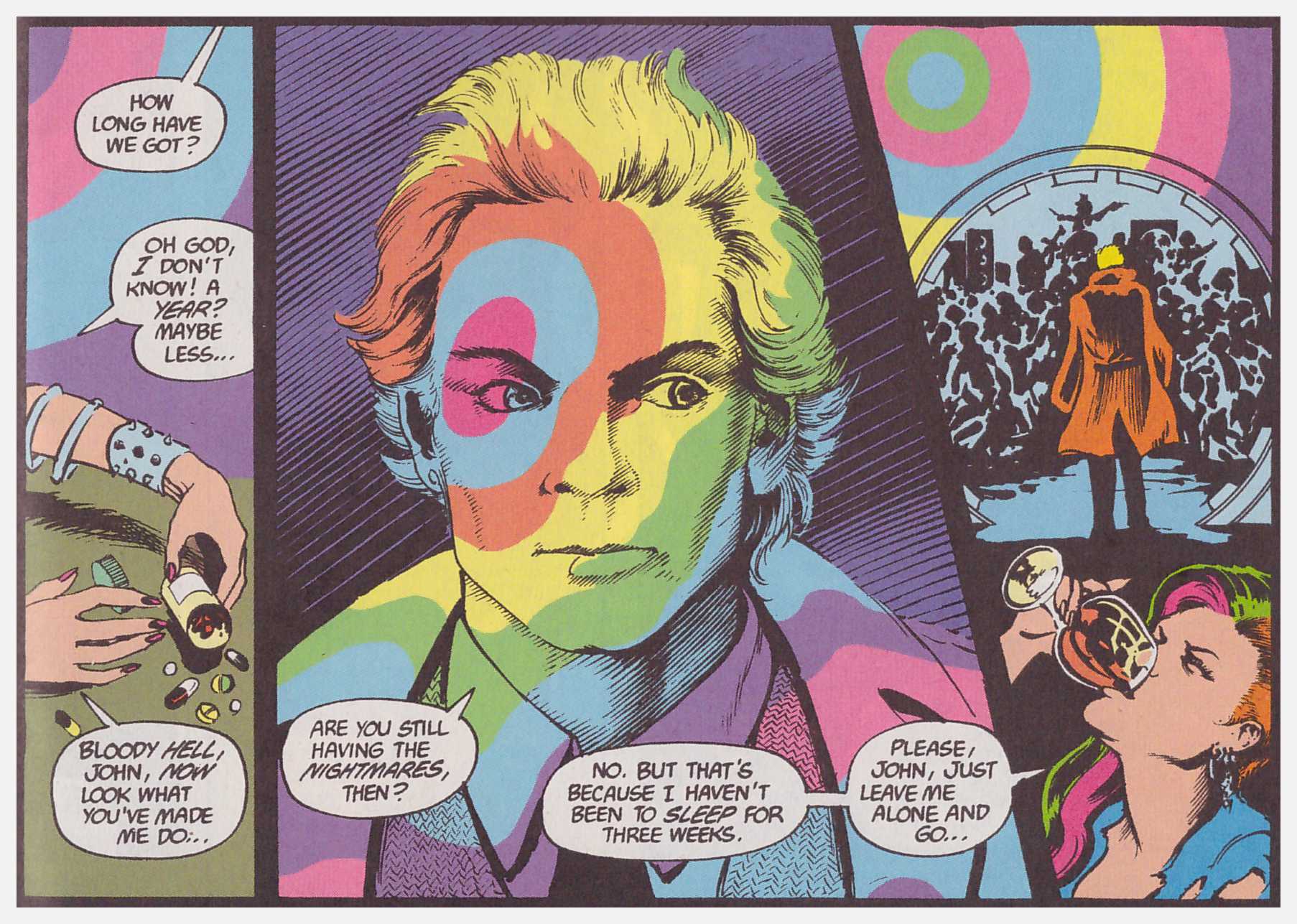 Those who’ve heard that back in the day Swamp Thing was really the business, but are cautious and don’t want to invest in the entire series should start here. Love and Death was experimental and pushed the boundaries, but the full heavy miasma of what Alan Moore had to offer is on stunning display from the inventive plots to the creative methods of storytelling. Yes, his narrative style will now be familiar from imitative dilution through the years, but the original retains the purity of Moore’s talent. If any other encouragement is required, John Constantine débuts here, already arrogant, trenchcoated and oblique.

This volume contains the material in which Moore expanded the concept of what horror comics could be, moving them into a late 20th century mileu still appropriate and terrifying today. It begins with the shambling radioactive drunk, Nukeface, his appearance related in the mythical manner of Chronicle of a Death Foretold, by assorted encounters piecing together the whole. This ecological fable remains unlike any horror story before or since, heightened by Nukeface’s characterisation as the chanced-upon alcoholic to whom you’re instantly accorded the status of best buddy.

It’s followed by Moore seizing the tropes of horror, the vampires, the werewolves, the zombie, and twisting them into the modern times. The vampires have an aquatic society, the werewolves are tied into repressed anger and menstrual cycles, and the zombies survive in the 20th century, but their roots extend back to the horrific conditions of slavery in the 19th. The comics in which these stories were originally published bore the tagline “Sophisticated Suspense”, and that description remains appropriate for tales employing horror as a device to investigate issues relevant to current society.

Amid the horror, Moore continued to refine Swamp Thing’s purpose as a plant elemental. Constantine’s appearance is to prod him along the path of discovery, although he’s far from the benign and considerate teacher. The encounter with Nukeface leaves Swamp Thing severely debilitated, yet by the end of the book he’s embraced his role as a plant elemental and acquired some of the capabilities associated with the position.

The art team of Steve Bissette and John Totleben scratch, scrape and shudder their way across the pages, but the single most disturbing image during Moore’s run (and that’s saying something) is down to Rick Veitch. It’s a child with their right arm sewn into their back and their neck twisted so they’re always looking behind them. It’s named an Invunche in the next volume, A Murder of Crows.