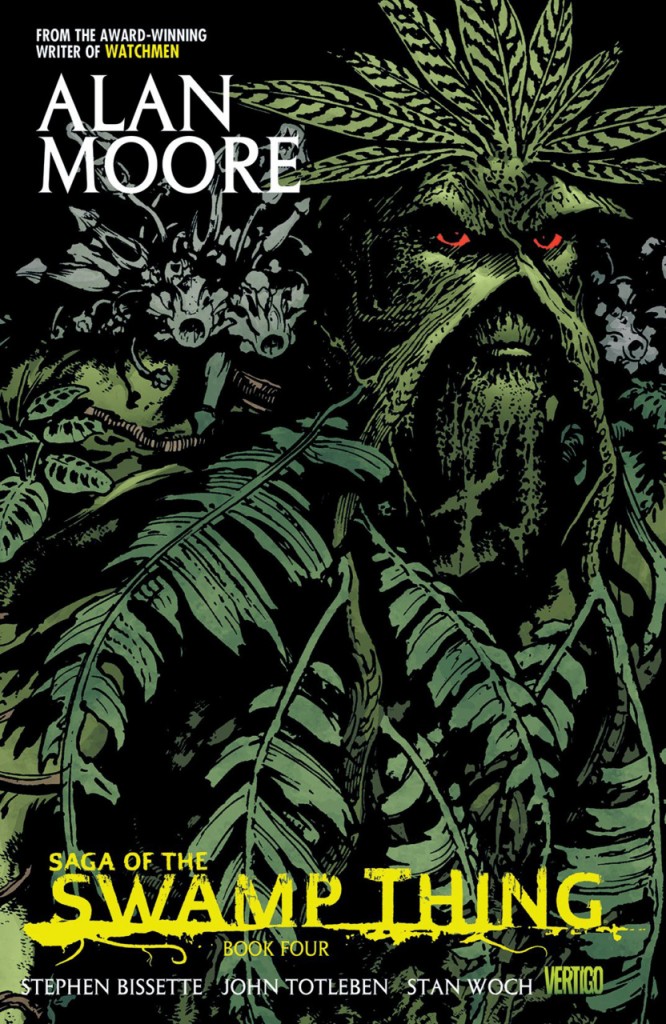 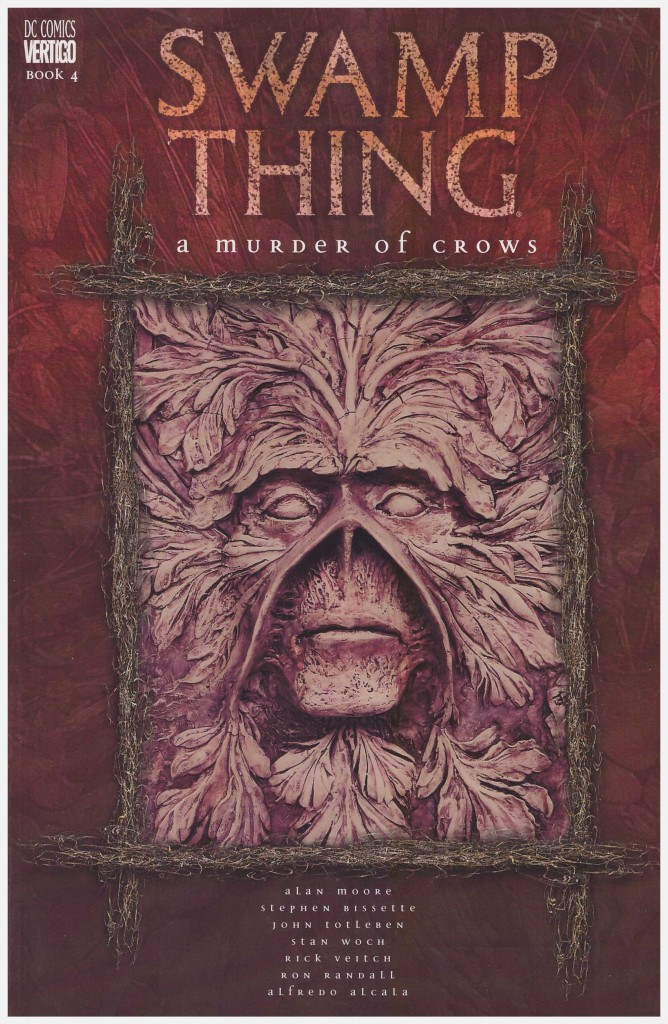 The opening chapters of this volume continue from The Curse, with the trawl through horror’s familiarities transformed via the injection of a modern-day relevance. A haunted house addresses gun control, and the Bogeyman stalks the swamp adopting the guise of the serial killer. By way of contrast there’s also the very different strange experiences of those who ingest portions of tuber discarded by Swamp Thing.

The larger picture of Swamp Thing learning more about his plant-based state is temporarily derailed here by the curse of the crossover, as Alan Moore is required to incorporate him into the then contemporary events of Crisis on Infinite Earths. Read in isolation, visions of scarlet skies and men named Alexander Luthor have little relevance, although an excellent final chapter explores the ramifications of a merged multiverse on the spiritual plane. Here a convocation of the world’s most adept mystics, aided by those who operate from beyond the grave attempt to prevent the eradication of everything. Admittedly Swamp Thing is very much sidelined in his own title, and for those who’d prefer him up and front without the costumed circus this will be a debit. On the other hand, the magic of the series isn’t the lead character it’s in the world Moore weaves around him, and this is just another aspect.

Preceding that we have the conclusion of John Constantine dragging Swamp Thing around by his metaphorical nose as they journey to Brazil where the Parliament of Trees awaits. It’s a neat method of dropping the character into a larger context, and leaves him with a far greater awareness of his place in the scheme of the universe.

Regular pencil artist Steve Bissette is only responsible for slightly over a quarter of the eight chapters reprinted here, which is a shame. Stan Woch, who draws most of the remainder, is very good at maintaining the feel of Swamp Thing via the layouts, but he lacks Bissette’s talent for visceral, skin-crawling illustration. Regular inker John Totleben providing the complete art also falls a little short, as does Ron Randall, whose style is just too clean for the down and dirty fetid swamp. Rick Veitch, though contributing less here, is right on the button, which is just as well as he takes over as regular artist with Earth to Earth.