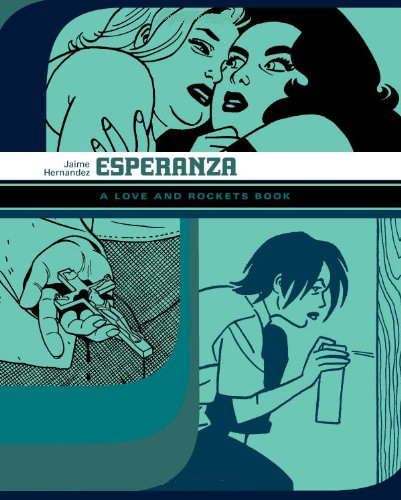 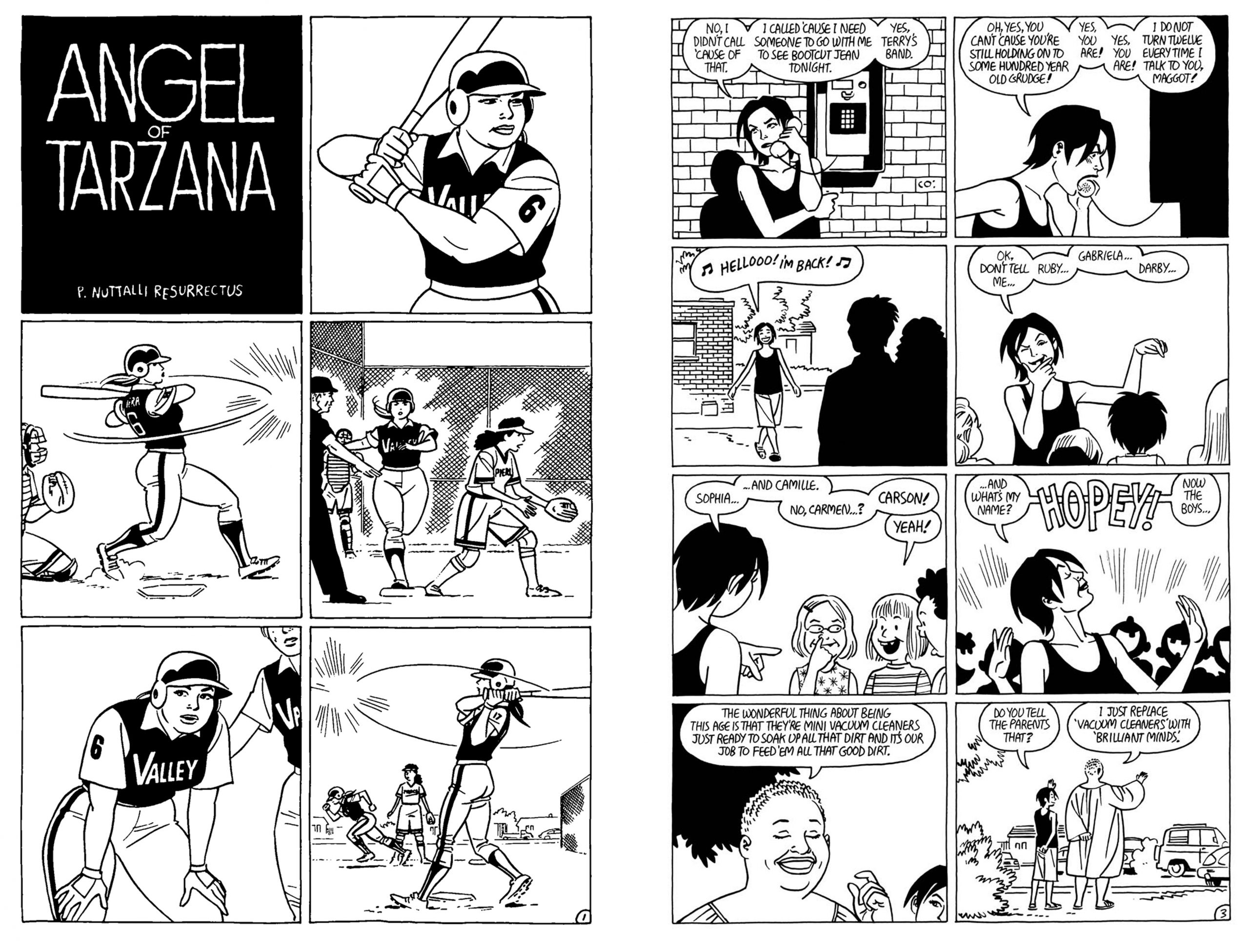 Esperanza is the fifth big paperback collection of Locas stories by Jaime Hernandez, picking up from the previous Penny Century collection in collecting the stories from Love and Rockets volume II that ran from 2000 to 2007. In this volume Maggie Chascarillo is put through the wringer by her toughest adversary – her own brain. ‘Ghost of Hoppers’ has her travelling into her own past to relive some painful episodes and maybe answer a few questions about the direction her life ought to have taken. The presence of her tormented friend Izzy just serves to pull things into truly nightmarish territory and by the end we still don’t have all the answers, and neither does Maggie.

Elsewhere, Ray Dominguez, formerly the most together of all the Locas characters, seems to be starting to unravel as he begins a liason with the devastatingly attractive – and just plain devastating – Vivian Solis, aka ‘The Frogmouth’ who gets her nickname from her distinctive voice. Brash and unpredictable like Penny and Maggie, two of the previous women in Ray’s life, but with a much harder edge, Vivian is not nearly as charming and her chaotic and impulsive lifestyle leaves plenty of wreckage in her wake. It isn’t long before she pulls Ray into the mysterious aftermath of a very unpleasant situation.

Another new person makes her debut in this volume. Angel Rivera is the opposite of Vivian, a sweet natured, open and sensible young woman who is a gifted athlete, living in the apartment complex where Maggie has become the manager. The ‘Angel of Tarzana’ sequences showing Angel playing baseball, swimming, in gymnastics class or throwing a ball around with her dad have the expressive energy of the best action comics, with the authority that comes from very careful and accurate observation.

One odd thing about this collection is that while it is named after Hopey (it has been mentioned before, but we are reminded in this book that Esperanza is her Spanish birth name) she isn’t really the main protagonist of this volume. Her stories are no more prominent than the others and stylewise we have to contend with the distance that always exists between Hopey and the reader as we never get to know what goes on in her head. In ‘Day by Day with Hopey’ we see her going from working in a bar to teaching kindergarten, it’s the first time we observe her alone and that’s pretty fascinating in itself, but Hernandez never lets us get as close to Hopey as to some of the other characters despite how central she has been throughout this series.

It’s quite astounding that by this point Hernandez has been writing and drawing this series for 30 years and it continues to evolve and grow without him repeating himself. His characters have aged, changing their lives in some major ways, yet remaining recognisably themselves. Someone referred to this body of work by Jaime Hernandez as the Great American Novel and in some ways, they are absolutely right. Taken as a whole, there really is nothing like Locas in scope or execution and it’s remarkable as much for its accessibility as its depth. Any of the five collections is a good place to start and they reward your attention like only the best writing can.

This book features many stories not reprinted in the large hardback volume Locas II:Maggie, Hopey and Ray. Two of the stories in this volume are also available as separate smaller graphic novels: Ghost of Hoppers and The Education of Hopey Glass.