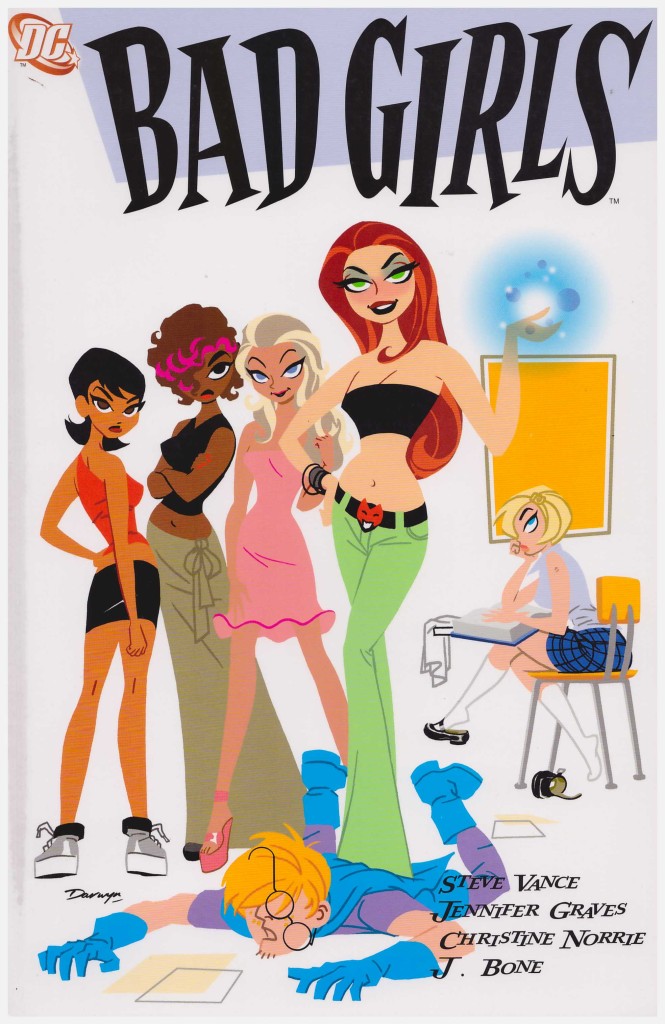 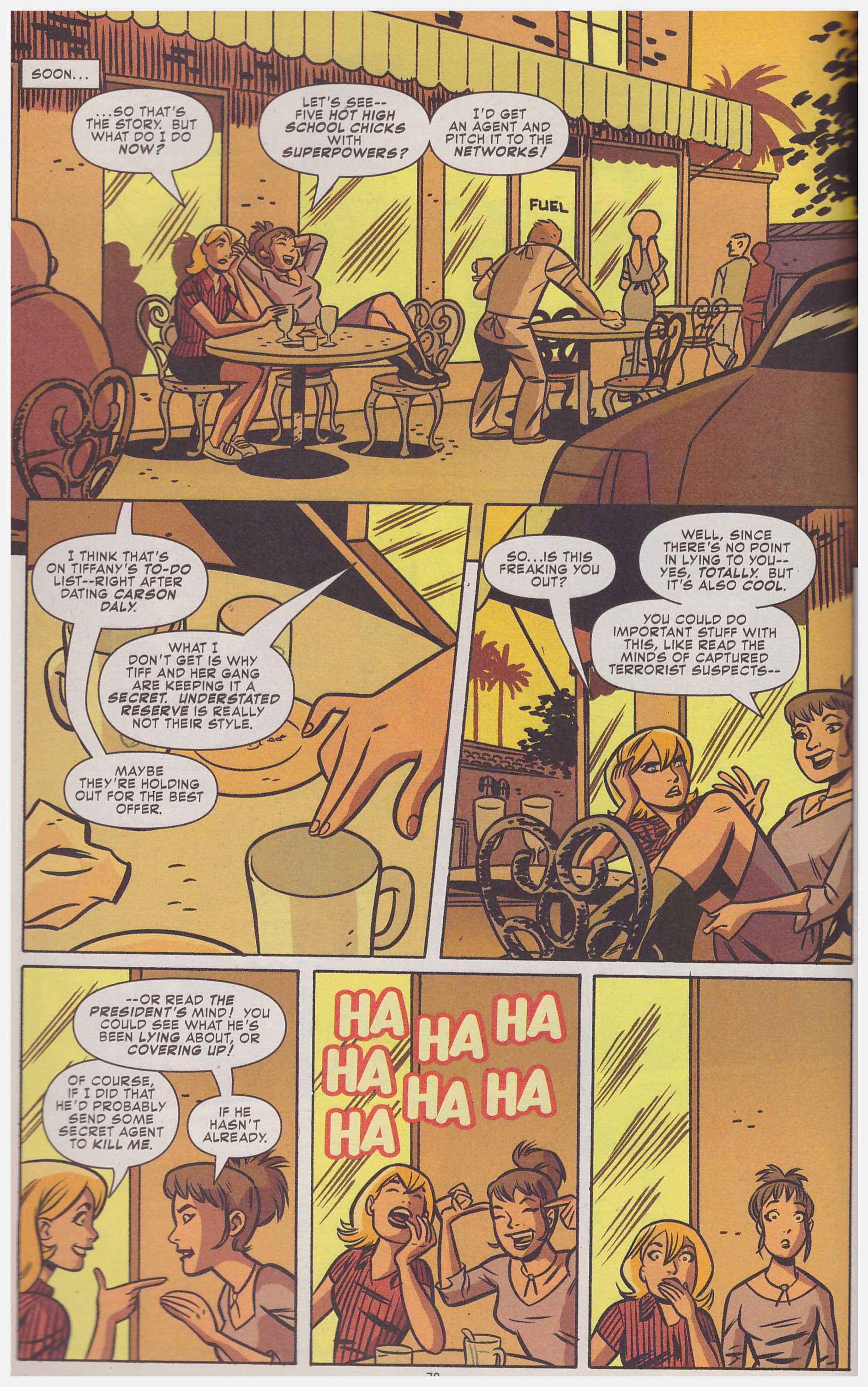 Steve Vance was ahead of the market with a first rate young adult graphic novel that sadly sunk without trace on publication. It’s well worth rescuing from obscurity, not least because the fantastic Darwyn Cooke cover alone is worth the prices being asked online, and there are several more Cooke illustrations inside.

As indicated by that cover, Ashley, Brittany, Destinee and Tiffany are the appalling specimens seemingly found in every US high school, convinced of their own desirability and entitlement therefrom to treat everyone else like dirt. Sitting in the background is Lauren, the new kid at school and fundamentally decent, and underfoot is uber-nerd Ronald Bogley. Accidentally discovering briefly manifesting super powers, he plans a more protracted experiment, except his bottle of specially prepared water is instead drunk by the bad girls.

Predictably enough, this new development in their lives doesn’t prompt a reconsideration of social values and careers rescuing cats from trees. Instead it’s taken as an opportunity to give greater scope to their shallow worldviews. Unsure whether someone’s house will be the place to be seen? Fly across and check it out before accepting the party invitation. Need to make someone’s life even more of a misery than usual? Just transform into that person and do something embarrassing. Why earn money when you can punch out a cashpoint? Still, Lauren herself isn’t entirely blame free. She may be fundamentally decent, but is enjoying the associations, and when temptation comes her way…

Vance’s script is good natured with a lot of laughs. If the bad girls won’t quite live up to some expectations engendered by the title, too bad. There are more than enough of those graphic novels. He does surprise, though, on several occasions, with good use of the super powers, and doesn’t hammer his messages home.

Jennifer Graves draws the opening chapter, very well in fact, but it’s Christine Norrie who handles almost all of the remainder of the book, and her cartooning is more suited to both the material and the prospective audience. There’s a great sense of motion about her art, and she’s also excellent with facial expressions. J. Bone takes over for a few pages in the rushed finale.

The only mystery remaining is why more people didn’t pick up on Bad Girls as either a comic series or a graphic novel, but there’s still time to put that right.