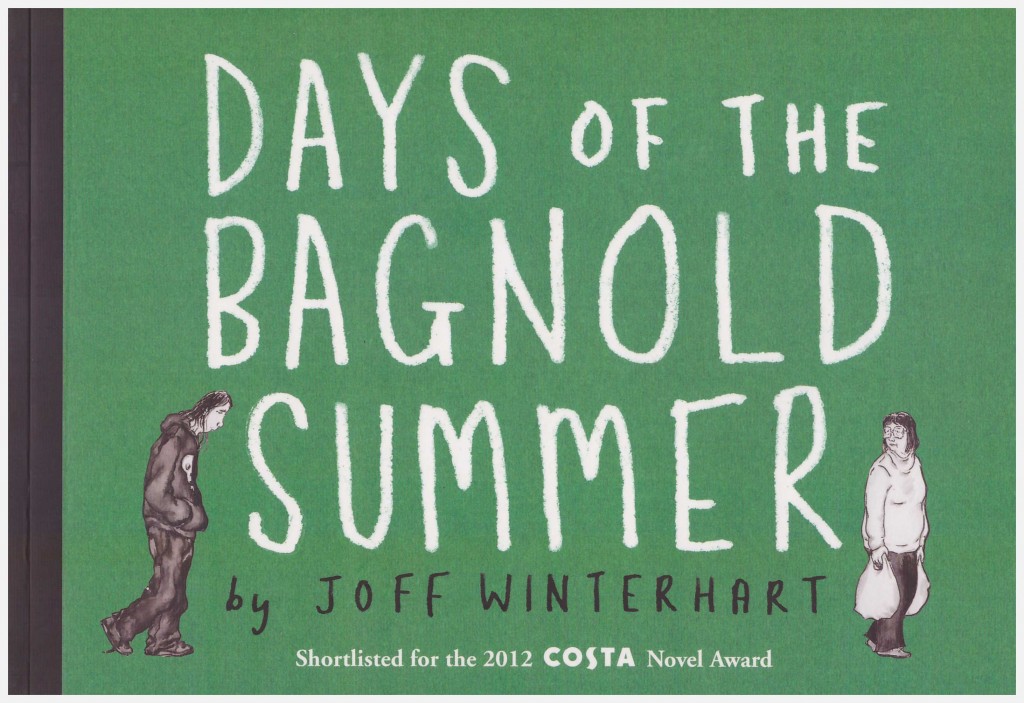 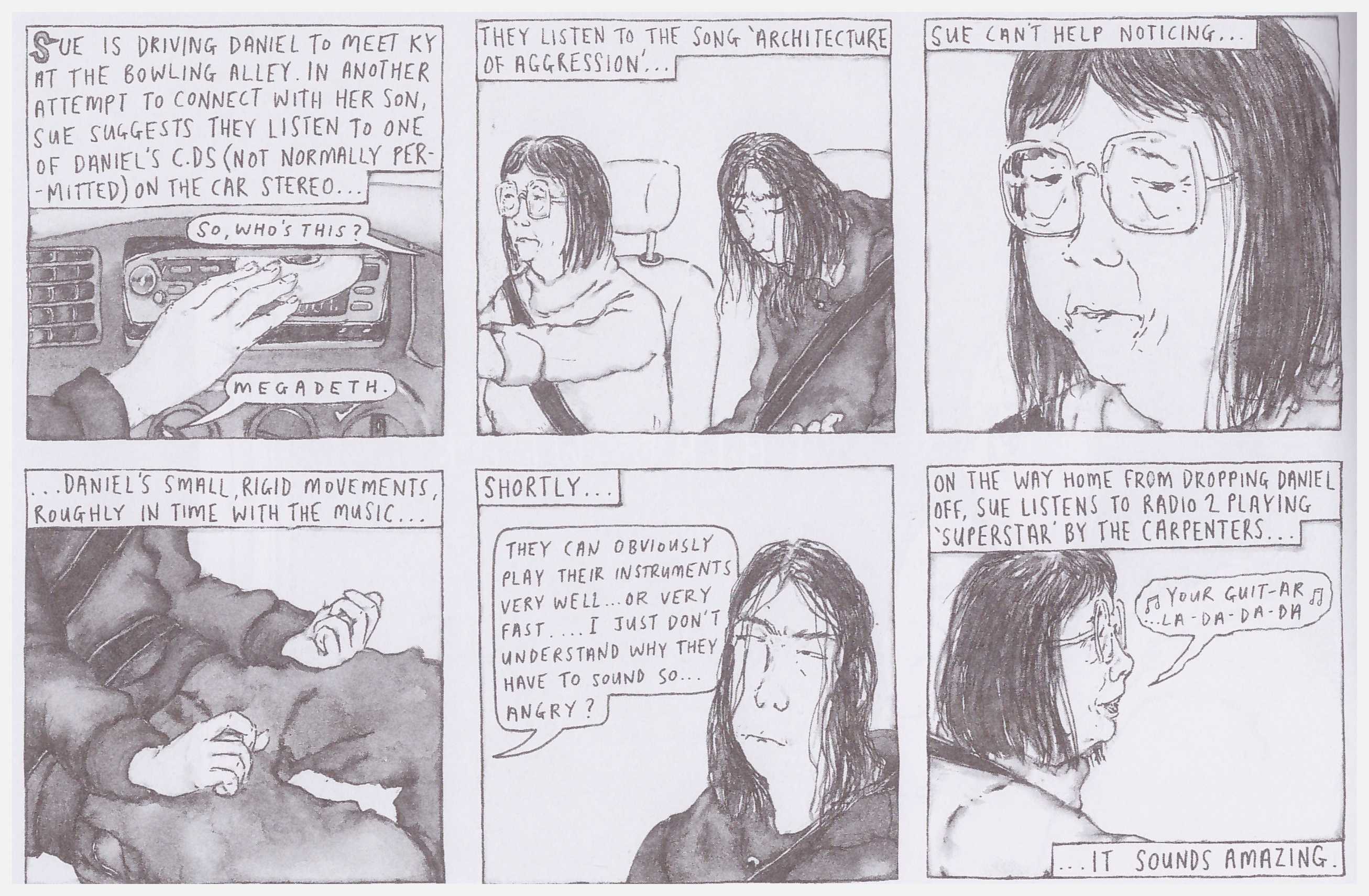 This landscape format book contains individual one page strips that can be read separately, but which combined form an extended narrative of the gulf between a teenager and his mother over the course of a single summer.

Fifteen year old Daniel was to have escaped English suburbia for a summer in Florida with his father and the father’s new partner, but this was cancelled at short notice. It leaves a disappointed Daniel with the prospect of a summer at home with his 52 year old librarian mother. Daniel possesses the natural teenage inclination to pull away and forge his own identity, while his mother mourns the loss of the child from years past. She finds it extremely difficult to cope with her son’s sullen and uncommunicative manner, and his lack of enthusiasm for anything she suggests. This accentuates her own diminished self-esteem, and she begins to focus on what might have been had her own younger life taken a different turn.

Daniel contrasts his own lack of self-confidence with the easy air assumed by his friend Ky, not realising Ky’s affectations are only a more successful manner of masking insecurity. He spends his time fantasising about the metal band he’s going to lead, yet when opportunity comes knocking, in the manner of most teenagers, he’s slow in grasping.

Joff Winterhart displays an understanding beyond his years in presenting a relatively sympathetic portrait of both parties. His use of the family dog’s declining health as a metaphor for the awkward maternal relationship is subtle and effective, and he’s exceptionally good at indicating the empty trudge of passing days. Despite everything, he’s not chronicling a relationship on the verge of disintegrating, but one that’s fundamentally shifted, and it’s both poignant and well observed.

Winterhart’s art, though, is problematical. The sparsity certainly reflects the relationship, and there’s a commendable persistence in not glamorising anyone, but while expressive, it’s uniformly flat and lacks a universal appeal.

Days of the Bagnold summer drew considerable attention beyond the comic world whent released, all the more remarkable for it being Winterhart’s first published work. As the cover notes, it was shortlisted for the 2012 Costa Novel award, in a year that Dotter of her Father’s Eyes won the Biography category.