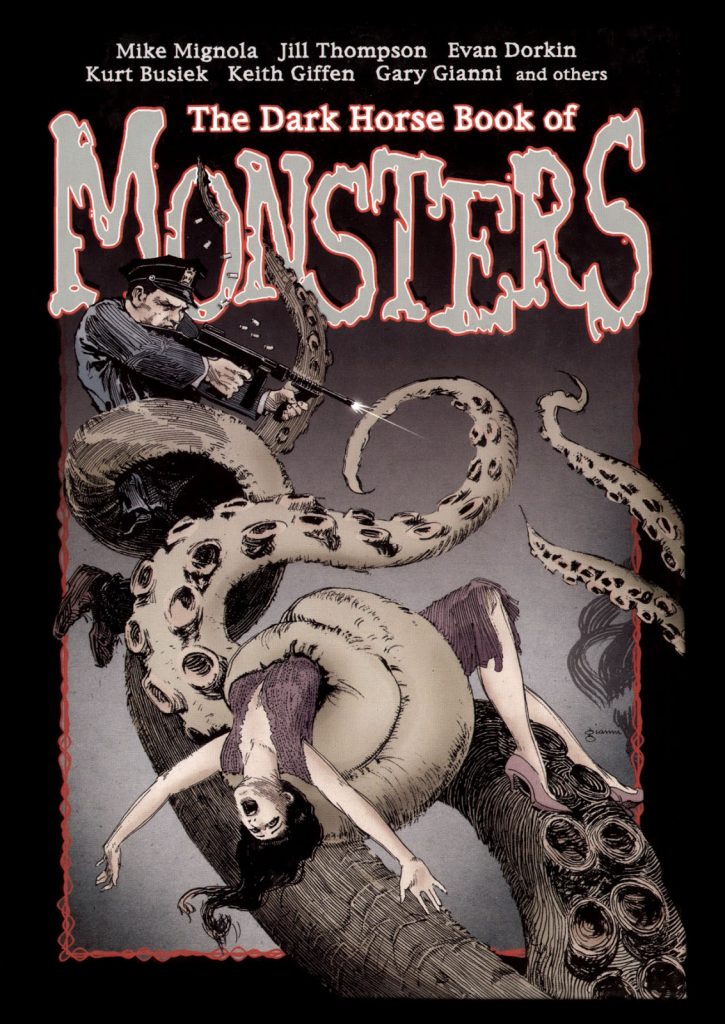 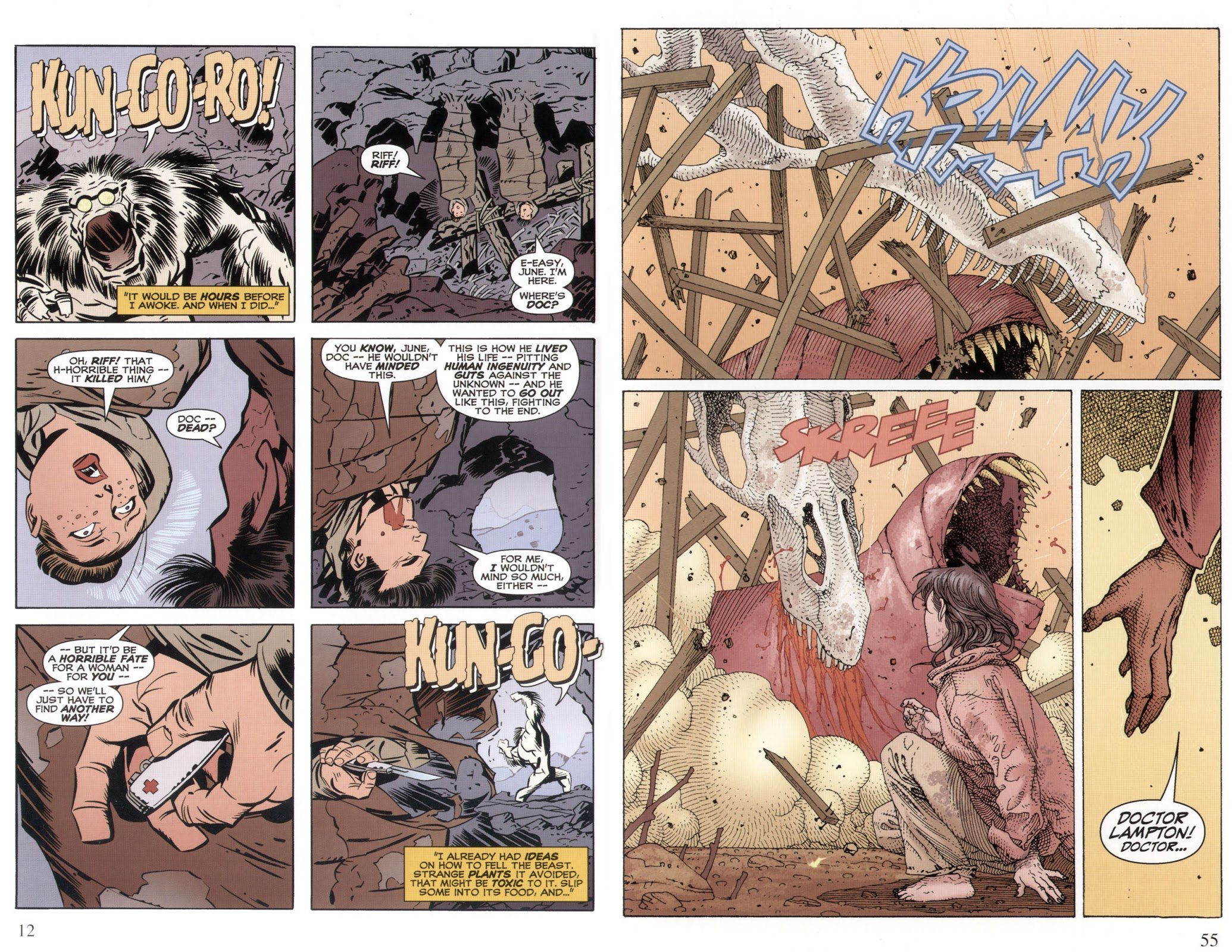 The final entry in Dark Horse’s chilling anthology library concerns the most primal of fears, the monster. Monsters have many forms, some of them able to pass for human, and this selection freezes the soul.

Monsters saw Marvel Comics through the thin days of the late 1950s and early 1960s, and it’s that type of story that Kurt Busiek and Keith Giffen (sample art left) at first appear to be parodying, but their piece is in fact smarter, being homage, tribute and comment.

Hellboy has been a regular in these Dark Horse Book of anthologies, and Mike Mignola delivers another mystery and another treat, as ever beautifully drawn in Mignola’s spiky fashion. Gary Gianni’s also been a regular contributor, sometimes too accurate in his copies of bland Edwardian illustration, but supplies some stunning pieces to accompany the William Hope Hodgson text story A Tropical Horror. The composition of his opening illustration showing a group of nine men cowering from a monster is sublime. Evan Dorkin and Jill Thompson also return to Burden Hill, this time with Sarah Dyer contributing to the writing for a story about a human who can understand the conversations between the regular dog cast. That alone marks it as different from other Beasts of Burden strips, and it’s almost sentimental in depicting the friendship between man and dog, but as regular readers know, sentimentality never intrudes. As always, Thompson’s art is gorgeous.

The final regulars are editor Scott Allie and artist Paul Lee. While Allie’s presence in the anthology he edits is an indulgence, there’s been no fall in quality when the pages are turned to his contributions, and mixing an Irish priest’s hypocrisy and witches asks the question of who the monster truly is. It’s satisfying in all respects, and nicely drawn by Lee.

Arvid Nelson and Juan Ferrerya supply the most gothic of all the contributions with their variation on Frankenstein’s Monster featuring an ancient French chateau and the savage beast within. It’s the sole ordinary piece, never quite achieving the intended blend of horror and knowing horror parody. Leah Moore and John Reppion also toy with a classic horror setting, their story being about an ill-fated archaeological dig, with a subtle nod to the North-East English legend of the Lampton Worm. The figures may be a little posed, but Timothy Green II has a delicacy to his pages, and as much as anything it’s the effort he puts into imagining a simple story that has it succeed. As the right hand sample art shows, he’s been looking at Moebius.

Contributor biographies round out the package, and it’s a shame to note that Monsters was the final of Allie’s supernatural anthologies. It’s the best of them, offering chills, variety and barely a story you’d want replaced by something else. 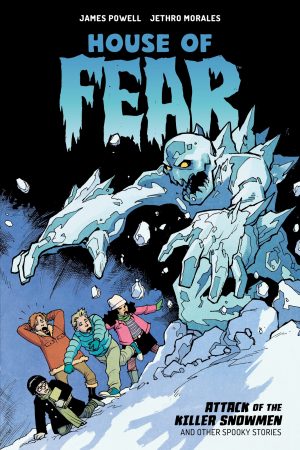 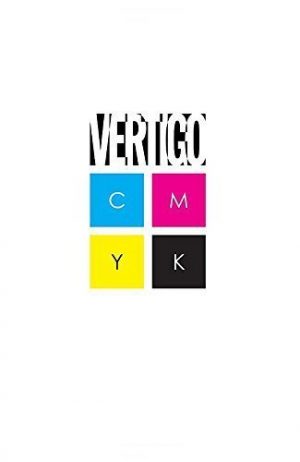