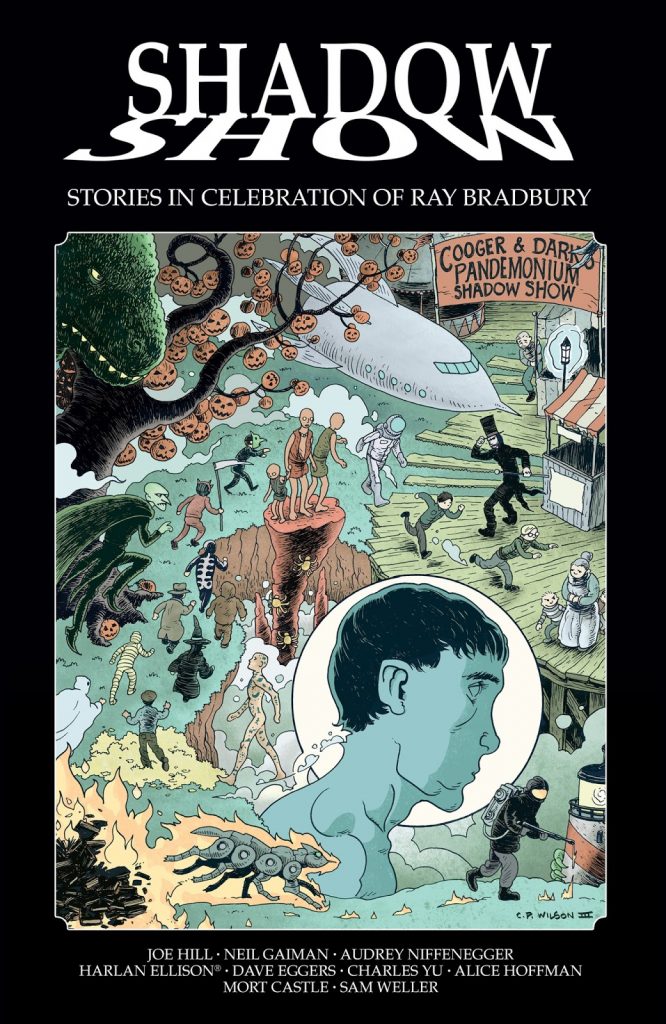 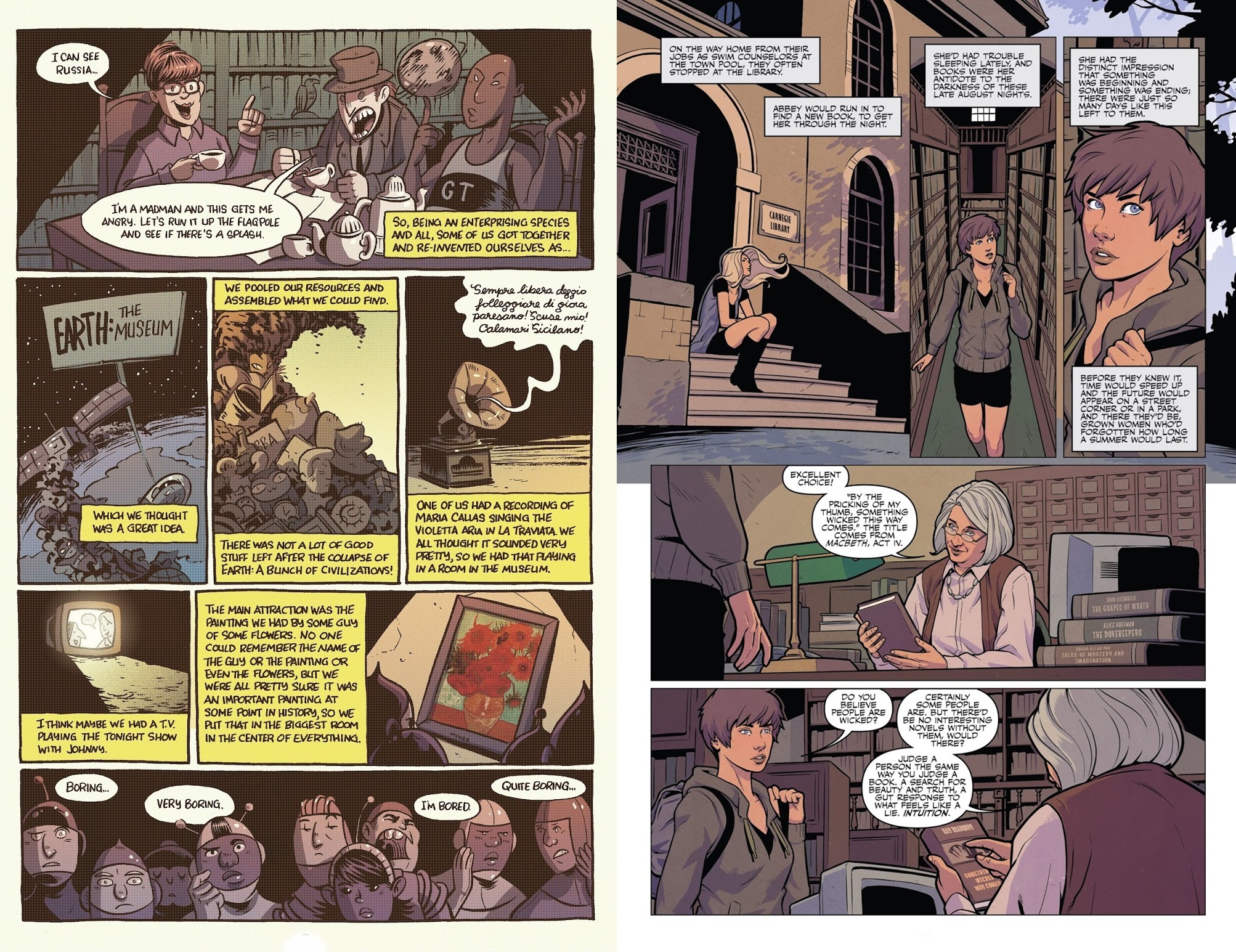 In addition to his career as a novelist and screenwriter, Ray Bradbury began his career submitting short stories and for over thirty years wrote dozens more, primarily science-fiction, but also dabbling in other genres, and characterised by the imagination of their endings. He influenced many of today’s top writers, and it’s their work that finds its way into Shadow Show. Before the graphic novel, however, there was the prose anthology, and it’s there that the original versions of this material will be found, with Mort Castle, Jason Ciaramella and Sam Weller adapting those pieces.

Invite intelligent writers to consider a person and the differences that emerge are as broad as Bradbury’s own interests. Neil Gaiman’s acknowledgement is via titling his story ‘The Man Who Forgot Ray Bradbury’, adapted here by Mort Castle and Maria Frölich. It’s littered with references to Bradbury’s work, concerning a man with individual amnesiac tendencies struggling to remember, all the while feeding into Gaiman’s primary theme of stories being important. Audrey Niffenegger echoes Bradbury while also dealing with the passage of time as in her best known novel, and Alice Hoffman’s ‘Conjure’ cleverly follows Bradbury’s ‘Something Wicked This Way Comes’ with it’s theme of innocence tempted. Weller and Castle’s adaptation is subtle, thoughtful, elegantly drawn by Chris Evenhus (sample art right), and brilliantly evocative. Gaiman’s may be the name with the greatest appeal to comic fans, but this is the best story in the collection. Charles Yu’s piece couldn’t be further removed, yet is almost as good, a comical imagining of Earth in the future, re-evaluating the importance of humanity and our achievements while satirising our obsessions.

Fittingly, the art is as varied as the content, all the way along the scale beginning with the naturalistic Shane Pierce paintings separating the chapters to the exaggerated cartooning of Christine Larsen. Each artist is well matched with their subject, Charles Wilson III’s lumpy people drawing some of the horrific sting from Joe Hill’s ‘By the Silver Water of Lake Champlain’, and Eddie Campbell’s watercolours accompanying the text blocks of Niffenegger’s cruise story.

As Bradbury’s biographer Weller knows his way around the great man’s works, and uses them to construct what’s a thoroughly entertaining pastiche, cleverly incorporating many pivotal moments from the stories into an interview with the man himself. It’s given its gentle charm through Mark Sexton’s illustrations. The most traditional piece is Dave Eggers’ unsolved mystery. Its limitations of setting and emotion don’t give Matthew Dow Smith much to work with, and the space might have been better spent putting Smith to work on another of the stories from the original anthology. Amusingly, Harlan Ellison’s ‘Weariness’, about the end of the universe, is followed by the far more entertaining Ellison free-forming in the manner at which he’s so awesome. He’d hate the description, but it fits. That just leaves Castle’s contemplation of death, for all the dark moments elsewhere, hands down the most morbid piece as a boy discusses the death of his dog with his author grandfather. It’s a deliberate crossing between fiction and reality, with artists S L Gallant and Juan Castro providing the contrast.

There’s a genuine case for the twenty pages by Hoffman and Evenhuis being good enough alone to make this entire collection worth your money. Subtract it, and the result is an uneven anthology, certainly respectful to Bradbury, but not all pieces hitting the spot.