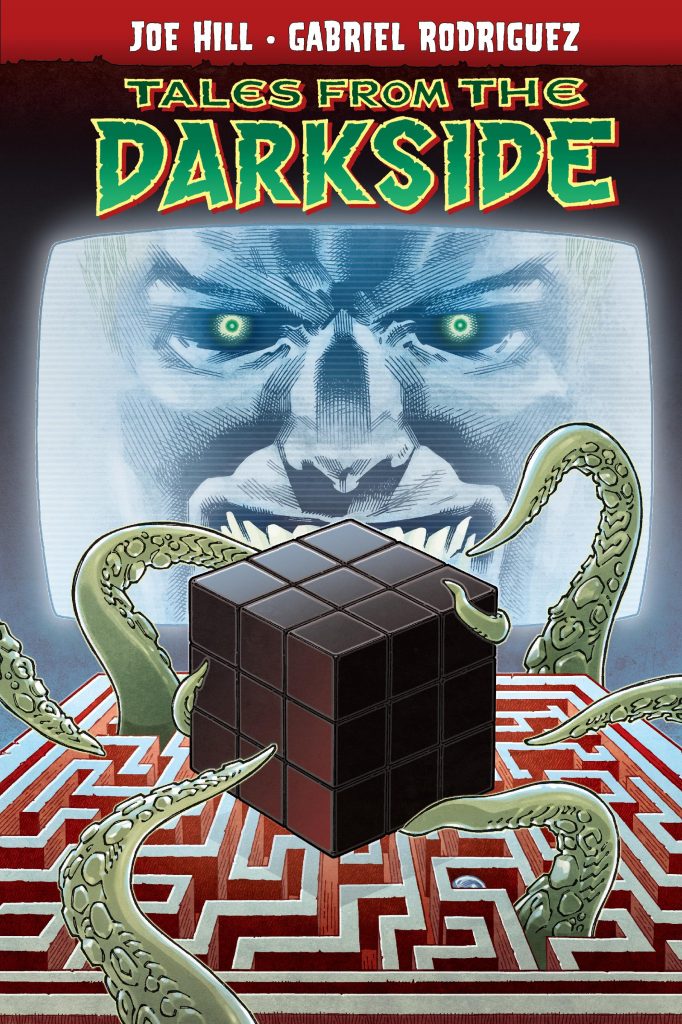 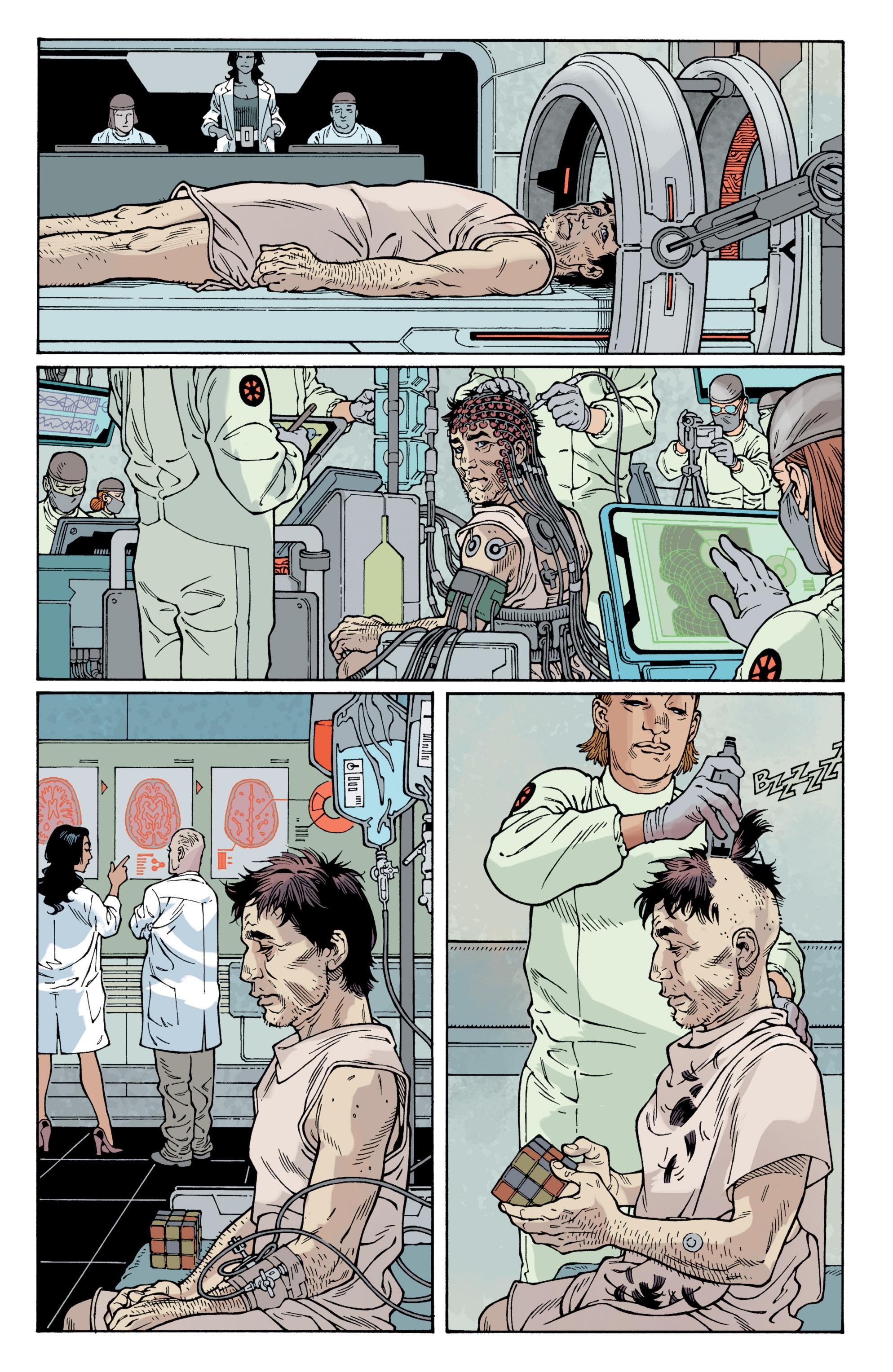 If you’re old enough and a horror fan, you’ll remember Tales From the Darkside, a 1980s TV horror anthology series. What you won’t remember, unless you worked on it, is the 21st century reboot, never screened despite the creative involvement of Joe Hill, who produced several scripts. Rather than letting these scripts go to waste, IDW published a hardcover collection of them, later adapted by Michael Benedetto for comics, and Hill’s Locke and Key partner Gabriel Rodriguez drew them.

The three stories have a connecting feature, Brian Newman, who’s explored in detail in ‘Black Box’. His whole life has been one of seizures and unfortunate, impossible incidents, although unfortunate for others in his presence rather than Brian. He’s always attributed these incidents to a sort of dark side to his own personality and some kind of psychic takeover, but Hill reveals the truth to be both more sinister and generated through the uncaring experimentation of others. As seen in the sample art, they eventually offer to set things right via a new surgical process. Brian only has a small role in Ziggy’s story, ‘Sleepwalker’, poetic justice dealt out under strange circumstances, and in ‘A Window Opens’ Brian sets the plot in motion. That’s both the most traditional and most inventive of the three stories, an imaginative variation on the theme of the babysitter alone in the house with creepy kids.

On other projects Rodriguez has already proved himself an adaptable artist, and he’s well up to the task of bringing three very different visions to life, building suspense visually, and defining the cast. Whether he needs to create a sterile laboratory, a neat visual trick or the gateway to hell, Rodriguez delivers it so that we’ll believe it.

Whether down to Hill or a lapse in the adaptation, there is an inexplicable unlikely plot convenience of someone being recognised when that shouldn’t be the case in the first story, but the remainder have his thoughtful plotting on display. If some items seem random, such as the Rubik’s Cube motif, it’s worth bearing in mind that Hill was plotting an ongoing project with connections, yet only three stories were completed. Within that context these are decent enough genre run-throughs. It’s apparent how they’d work on TV, where some moments could be amplified for greater effect, and they work well enough as comics without having the intensity of Hill’s work on other graphic novels.