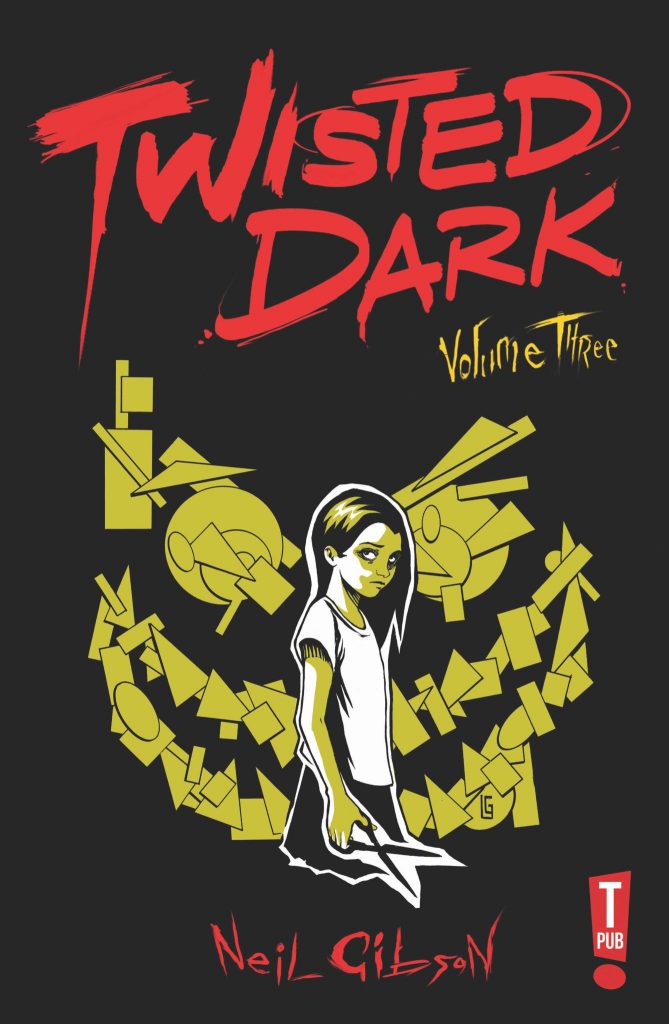 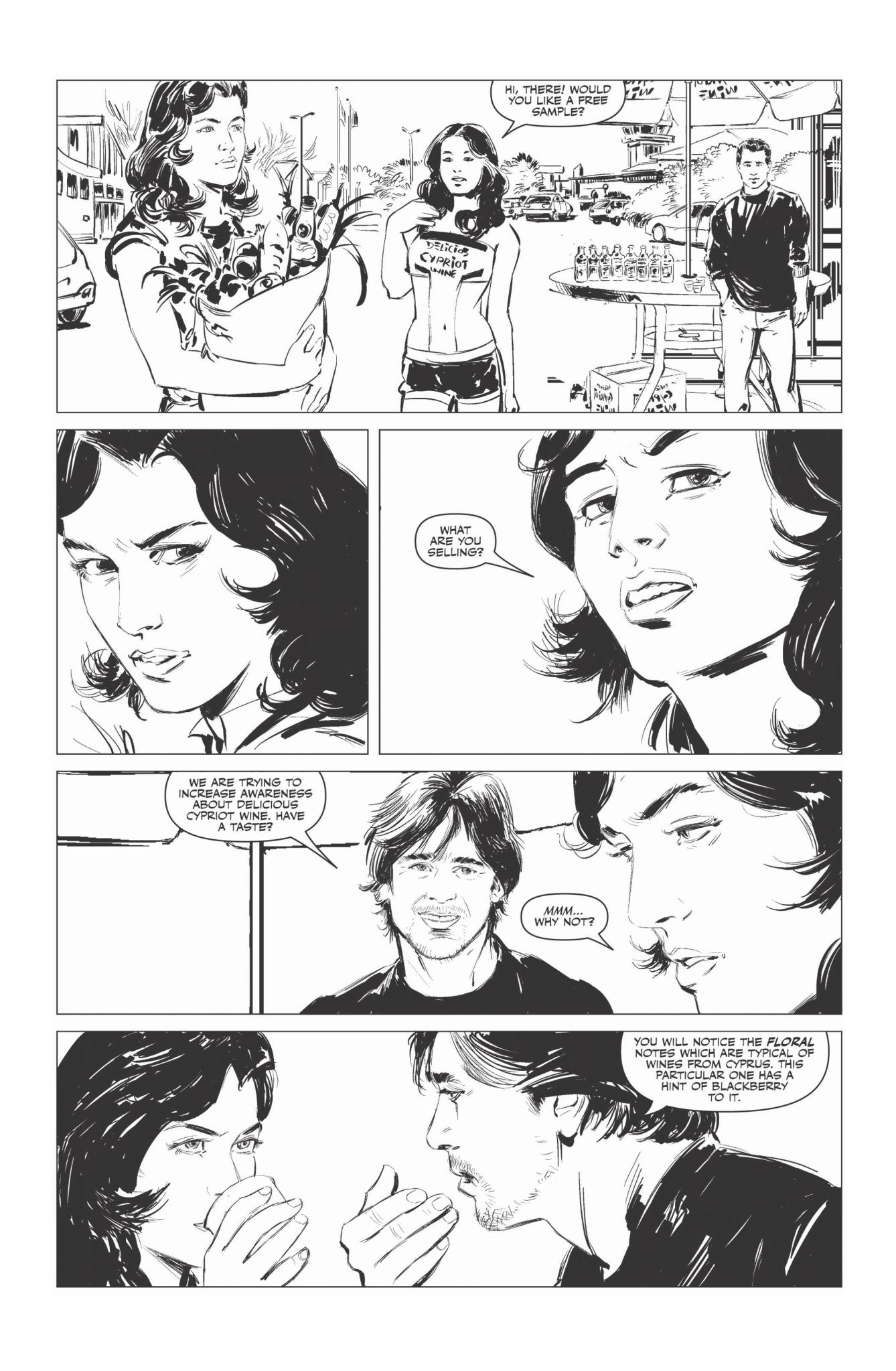 Around half of Twisted Dark 2’s content was distinctly pedestrian compared with the delights to be found in the opening volume, but writer Neil Gibson’s introduction this time notes a return to writing stories that please him, rather than responding to reader feedback. It’s the correct decision, resulting in a far more satisfying collection.

This applies to the art as well, and the growth of artists who recur can be charted. Three of them are named Wijngaard, with Caspar illustrating four of the ten tales. His versatility has already impressed, and does so again, as he differs his techniques according to the mood of the story. He illustrates in a dense, lumpy cartooning style, and in a more naturalistic form of cartooning, blending them both in a tale about self-image where at first it seems he’d not meeting the needs of the narrative, but for once that’s to do with story not quite working exactly as Gibson intends. Jan Wijngaard also works well, but there’s a stiffness about Hugo’s pages, and his figures have an uneven quality. The other returnee is Atula Siriwardane (sample art), who illustrates in a style that’s a cross between Gray Morrow and the artists who once illustrated British girls’ comics (as seen in Misty). He’s not their match yet, with the occasional flatness to his panels, but isn’t far off being one hell of a graphic artist.

Gibson’s introduction notes not to expect a surprise ending to every story, although he’s very good at that, and perhaps the best piece of writing here is ‘Career Choice’, in which tension is created from description of feelings and surroundings. It’s in a tradition dating back to Edgar Allen Poe, and well perpetuated from the opening small detail. It’s also anomalous in a collection whose horror is generally in more modern forms, with crime a recurring feature, yet what could be more modern than the horror of the nursing home, for instance. Gibson’s stories work well because he ensures he builds character along with the plot, so accentuating the moment when the hammer falls.

Without being a constant feature, Gibson returns to characters he’s used previously, and there are further connections between some plots. While everything can be understood without reference to earlier material, it’s an extra treat for anyone who has read it, yet stories also connect within this volume, very gratifyingly in fact.