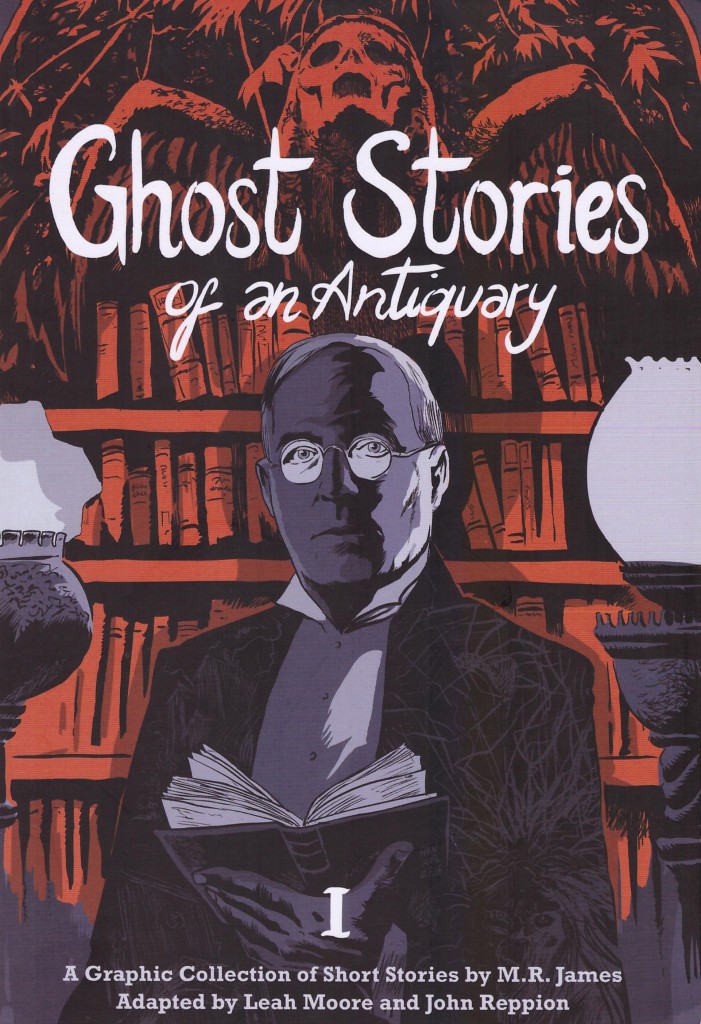 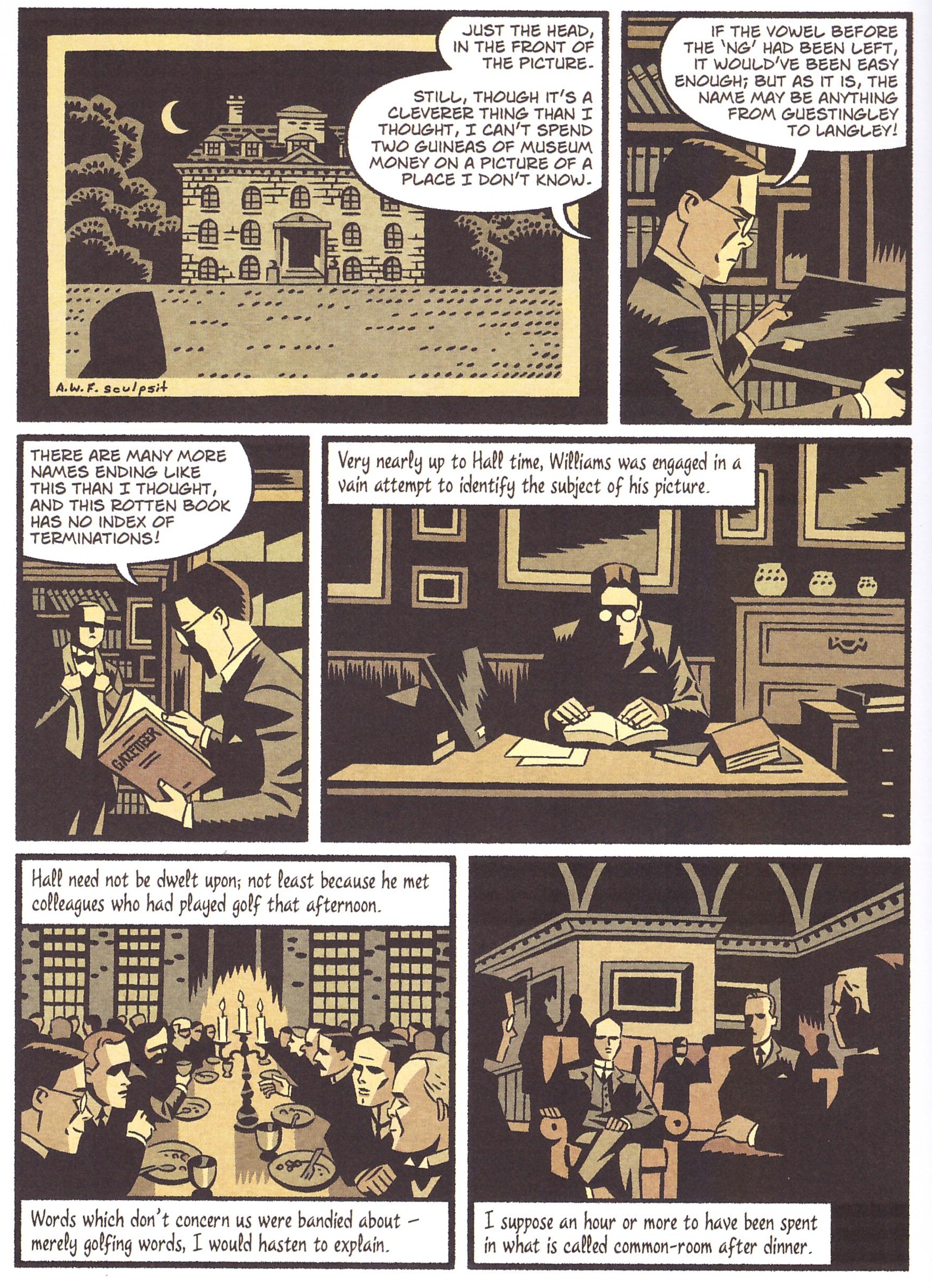 M.R. James is credited with propelling the ghost story into the 20th century by discarding the violence of his predecessors in favour of setting mood and tension by introducing terror to mundane domestic circumstances. Ironically for a man considered a modernist due to his contemporary settings, Montague Rhodes James’ passion was medieval studies and he greatly disliked the writing of others pushing fiction in new directions at the time such as Aldous Huxley and James Joyce.

His ghost stories have survived the test of time, adapting well to television, and influencing admirers from all fields of fiction over a century later, with Ramsey Campbell providing a loving introduction to this sampling. In it he notes one of James’ greatest strengths was an eloquent precision of language to induce dread, and that James wasn’t averse to the notion of illustration accompanying his stories.

Writing collaborators Leah Moore and John Reppion are very faithful to the material they adapt, relying as much as possible on James’ original dialogue and descriptions. They set a foreboding, and seemingly by design, acquisition and obsession are themes recurring throughout the four selected works. Dennistoun desires old church materials, Williams’ collection of topographical engravings is unsurpassed, and while the story of Stephen Elliott appears otherwise, a different form of acquisition emerges. The anomaly is the final tale of ‘The Ash Tree’, in which accusations of witchcraft are substantiated from beyond the grave and an accumulation of another kind is eventually revealed.

These are good stories, well told, and the quality escalates upward as the pages turn and the artwork improves. Aneke on the opener is a little on the exaggerated side, and the bright colours work against a mood of terror. Kit Buss is called upon to set an altogether friendlier atmosphere to begin with and contrasts that well with events that follow. Fouad Mezher (sample page) illustrates the only tale set in James’ own period. He opens with a striking illustration of a perched magpie at night, and creates a wonderful evocation of Edwardian English academia, all the more remarkable for the artist being Lebanese. At times it’s reminiscent of the controlled precision of Seth’s cartooning. Alisdair Wood supplies an ornate formality appropriate to the final story, but a habit of etching lines across the faces of his characters makes it seems as if they all have duelling scars.

As Poe and Lovecraft have so long been adapted for comics it’s perhaps surprising that it’s taken until 2016 to add M.R. James to the graphic novel canon. As a starter for ten, Ghost Stories of an Antiquary is a chilling treat. It’s clearly marked as a first volume on the cover, indicating we can expect more.