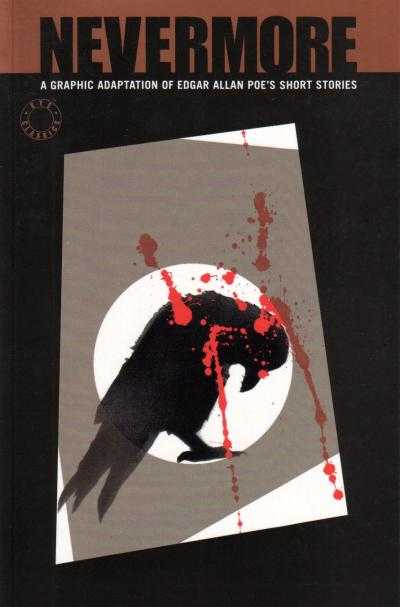 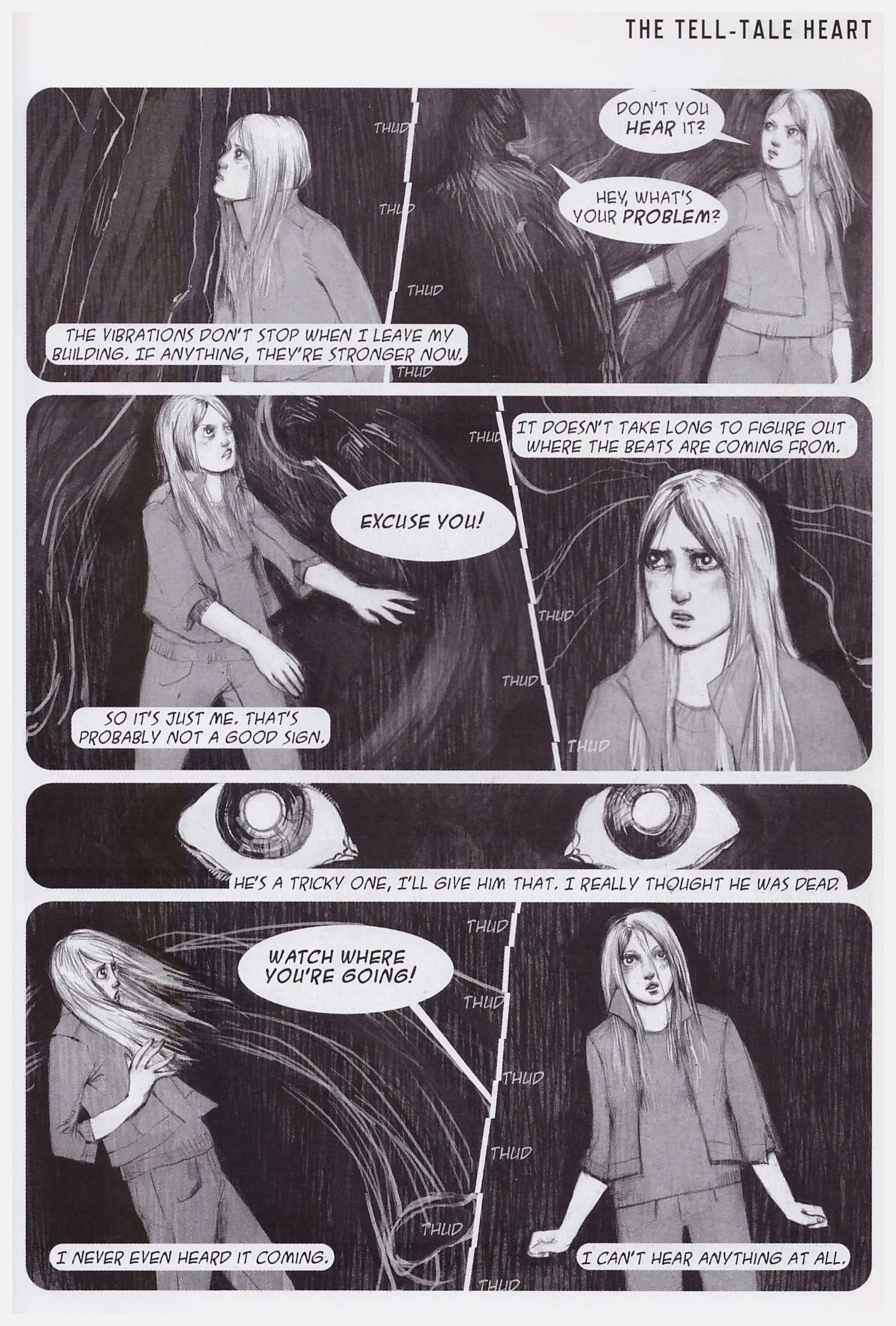 There’s surely no other author of classic literature who’s weaved a greater spell over the comic creating community than Edgar Allen Poe. From several manic adaptations in the early Mad comics and more respectful versions in their horror companions, through the infatuation of Richard Corben to this collection of early 21st century British creators, that spell has been sustained for decades.

The appeal is that Poe’s obsessions, seen at the time as macabre and a reflection of his own fragile sanity, spawned both the genre of crime fiction and horror fiction. Laura Howell’s eloquent two page biography concluding this anthology delivers his final words as “Lord help my poor soul”, ending a life with as many horrific interludes as the work by which he’s best remembered.

Much of that is included here, but it’s pleasing to see lesser known adaptations and the flourishing of lesser known talent. They combine on ‘The Oval Portrait’, Natalie Sandells illustrating the tale of an obsessive attempt to capture someone’s essence in a single image. It follows the theme of the book in updating the stories to more modern times, in this case 1960s Hollywood.

There’s great artistic variation over the nine stories. This ranges from the jagged and drenched in black ink approach of Stuart Tipples on ‘The Raven’, John McCrea on ‘The Facts in the Case of Mr Valdemar’ and Shane Oakley’s interpretation of ‘The Fall of the House of Usher’ to the uncharacteristic photo-referenced greytone precision of Steve Pugh’s ‘The Pit and the Pendulum’. That’s recast by Jamie Delano in bleakly imaginative fashion as the narrative of a prisoner on death row. Poe would surely have approved.

While the quality is high overall, it’s the work of Stickleback creative team Ian Edginton and D’Israeli that takes the gold medal. Their ‘Murders in the Rue Morgue’ is set in 29th century Paris. “Download a copy of the will, the husband’s personnel profile and death certificate”, commands this Auguste Dupont to a robotic assistant. Edginton adds a neat twist to the murderer, permitted by future technology, and D’Israeli supplies them with an unexpected pathos.

In other updatings Roderick Usher is now a secluded and deranged rock star, Leah Moore, John Reppion and James Fletcher’s ‘The Black Cat’ takes place in a travelling circus community, and the central character in ‘The Tell-Tale Heart’ (Jeremy Slater and Alice Duke, see sample page) is now a blind woman. Also imaginative is Adam Prosser and Erik Rangel setting much of ‘The Masque of Red Death’ at a comic convention, but it’s among the weakest of the material, reading like one of 2000AD’s space fillers.

Nevermore provides a fine primer to Poe, with his imagination allied to a greater accessibility for those put off by his formal prose. For others, of course, that’s integral to his appeal, and they may not view any kind of updating kindly.