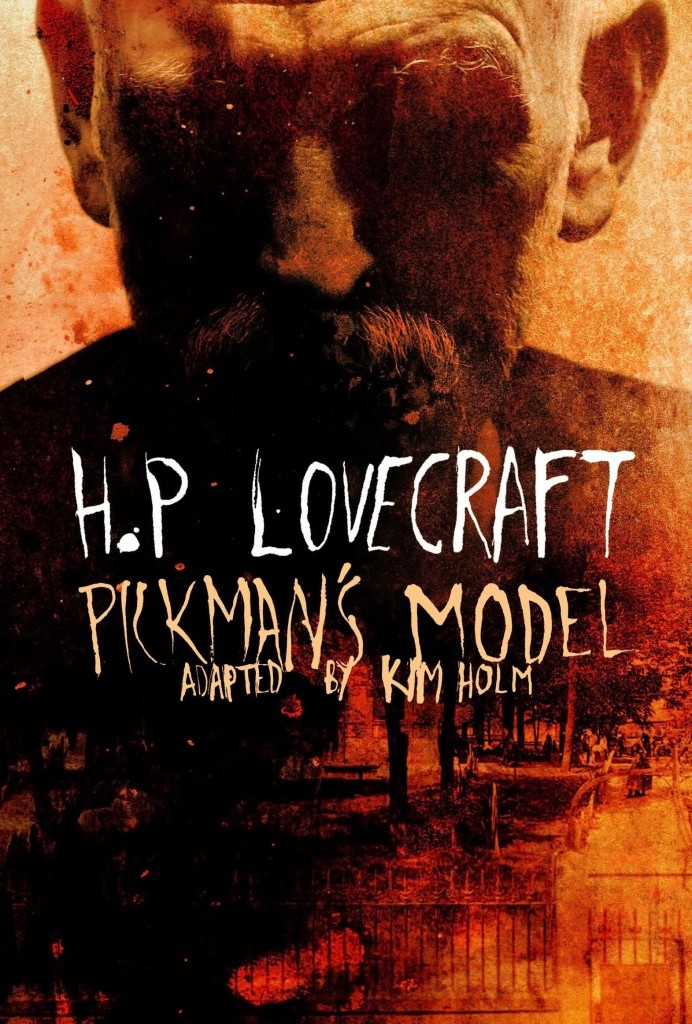 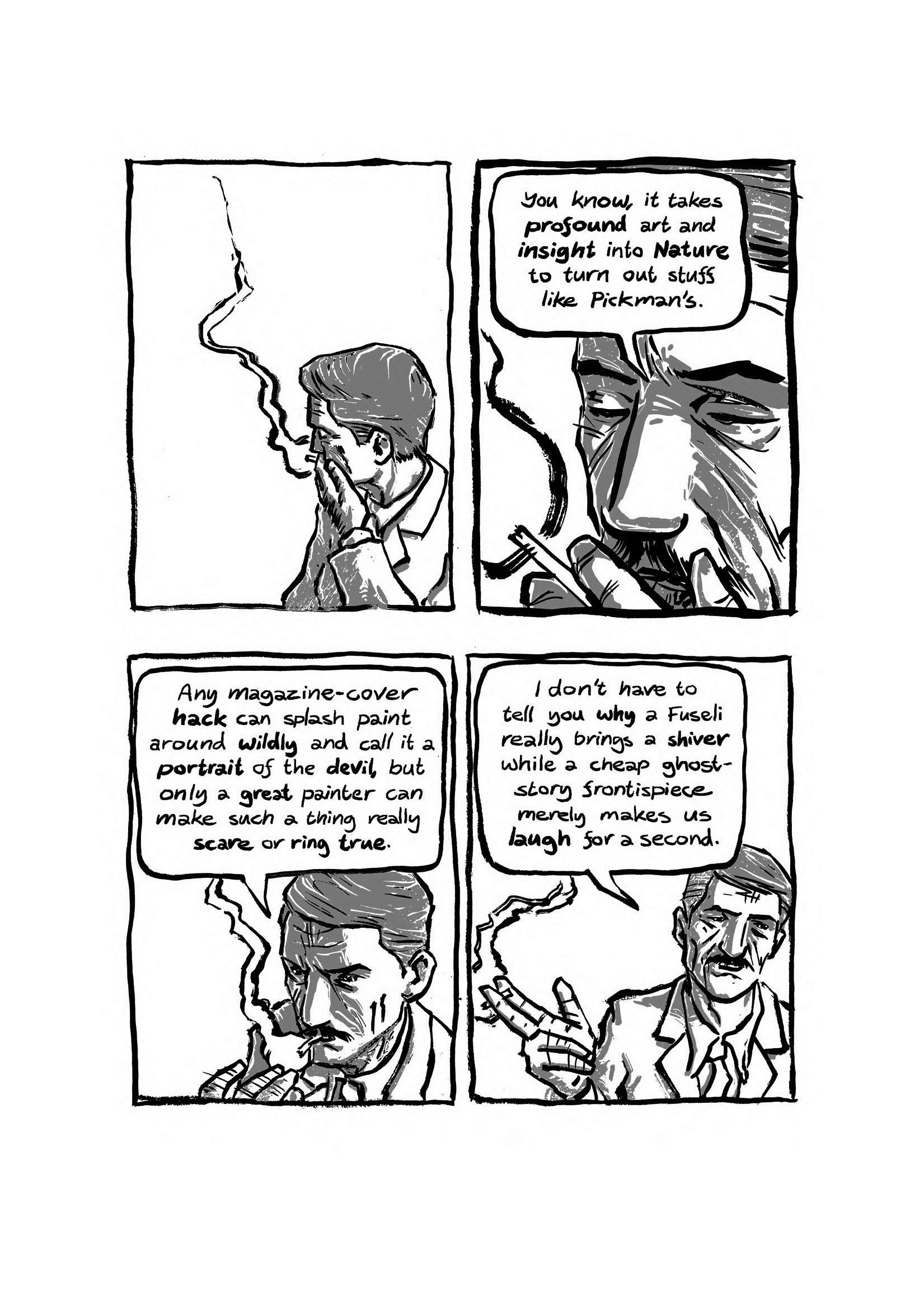 Pickman’s Model is not one of H.P. Lovecraft’s better known short stories, and it’s unusual in relating all its horrors in hindsight, via Thurber to his friend Eliot. Both were also once friends of the disappeared Pickman, a painter.

When we see Pickman himself he’s conveyed in shadow, the darkness enveloping him without as within. His family history is one of connections with arcane events, and he’s drawn to such horrors to the point of maintaining a studio amid the greatest concentration of known hauntings and killings. The paintings he produces there are indescribably horrifying, repelling the gallery owners who’d usually display his work.

Kim Holm’s storytelling is faithful to Lovecraft, but results in the opening third of Pickman’s Model being nothing but talking heads. These are accomplished character studies, and the style is later modified according to the conversation taking place.

The power of Lovecraft lies in his clever suggestive language. He creates a foreboding, a tension, in which each revelation leads to the expectation of something worse, and depicting the frights literally, as other comic adaptations have done, rapidly degrades the horror. There’s the initial shock of the image, but that passes. Holm’s cannier. Lovecraft’s descriptions serve as the horrors, while Holm’s art drips with increasing intensity. Panel borders blur, ink splashes are irregular and drip from the panels, pages occur in complete darkness with only Lovecraft’s descriptions to fire the imagination, and Pickman himself takes on an increasingly satanic disposition.

What begins as a contemplation of Boston as it once was, concealing its secrets beneath the ground, and in so doing opening itself up to a past it had successfully buried, evolves into the opening of the underworld.

The ending is rather trite and predictable, although to be fair to Lovecraft that wouldn’t necessarily have been the case in 1926 when he wrote the piece. Instead take pleasure in the journey with an exceptional guide.

Talking of which, Holm is interesting artist with a defined viewpoint about art, so there may be an interest in checking his website.