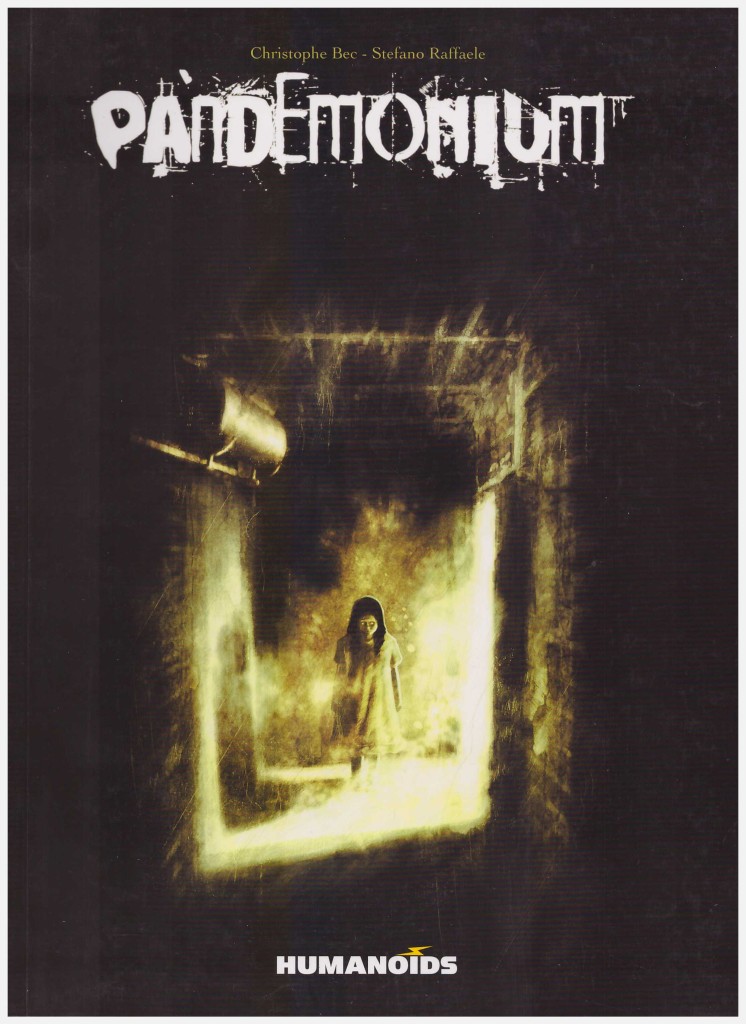 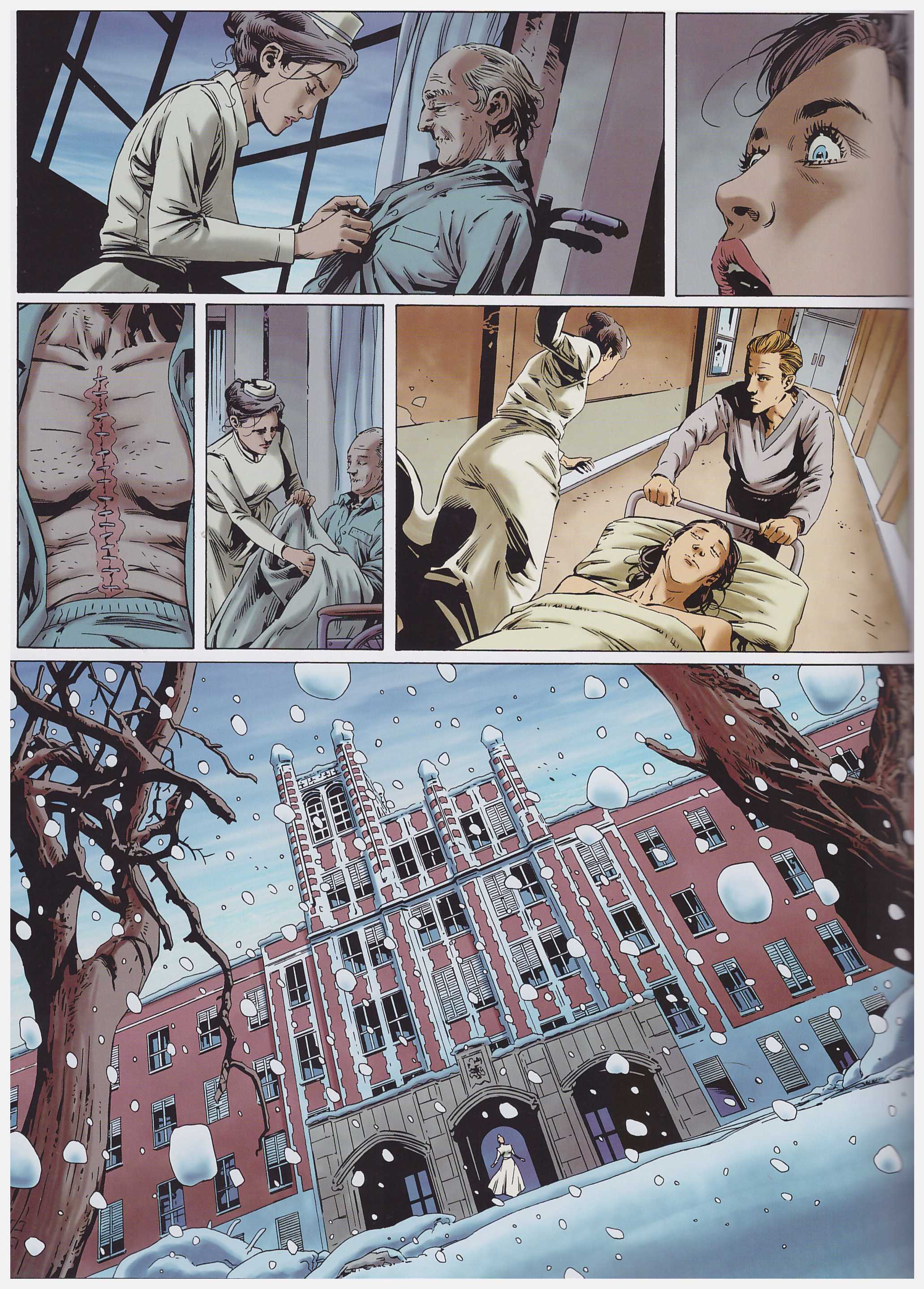 Pandemonium is a b-movie horror plot elevated by the skill of writer Christophe Bec and artist Stefano Raffaele. The horrific content is not the explicit stalk and slash so common these days, but a more visceral horror, that of complete loss of control.

The book opens in the present day as workmen experience great difficulty in demolishing a vast and sprawling building four stories high, but with very deep foundations to incorporate additional basement floors. The building was formerly the state of the art Waverly Hills Sanatorium intended to combine research and to cure those with TB, a fatal disease through much of the 20th century. It’s in the 1950s that nurse Doris Greathouse accepts employment in exchange for treatment being given to her young daughter Cora. She herself had been a patient years earlier, and some of the staff that cared for her remain in situ.

From the very start a sinister atmosphere is initiated as Cora announces she’s just seen one of the nurses in a photograph taken when the facility opened in the 1920s. Although initially disregarded by her mother, Cora’s sight extends beyond this world, and she sees incidents and people from the past.

Bec deals with much of the tenor of the times, commenting on segregation via Cora’s curiosity, and conveying the trust in medical authority while laying bare the inhumane treatments carried out in the name of a cure. He also dips back further into the past, spotlighting the equal cruelty of nursing. When a callously sadistic doctor enrages Doris, she discovers the circumstances of her position don’t permit any kind of disagreement with medical treatment. The powerlessness only increases as the book continues. Very sinister everyday happenings are common, and once you’ve absorbed everything, lived and died with the characters and gasped on several occasions with respect to the sheer lack of care at the sanatorium, Bec ramps up the revulsion in his postscript. For those who don’t know already, it’s a jaw-dropping revelation.

Raffaele’s art accentuates the fear, both by astute panel designs and slight exaggeration. Children are always a great conduit for horror, and those depicted here are wide-eyed, and his lesser lights suitably menacing. Raffaele’s great at conveying the emotional experiences of his cast, and here he rarely resorts to exaggeration. His trappings are all meticulously researched to convey the period setting, not only the cars, but the furniture and the medical uniforms, themselves employed to sinister effect. When called for, his external shots are equally memorable. If only all storytelling attained this standard.

This English edition combines what was originally published as a series of three books in Europe, and they combine for a horror that’ll stay with you long after the book has closed.