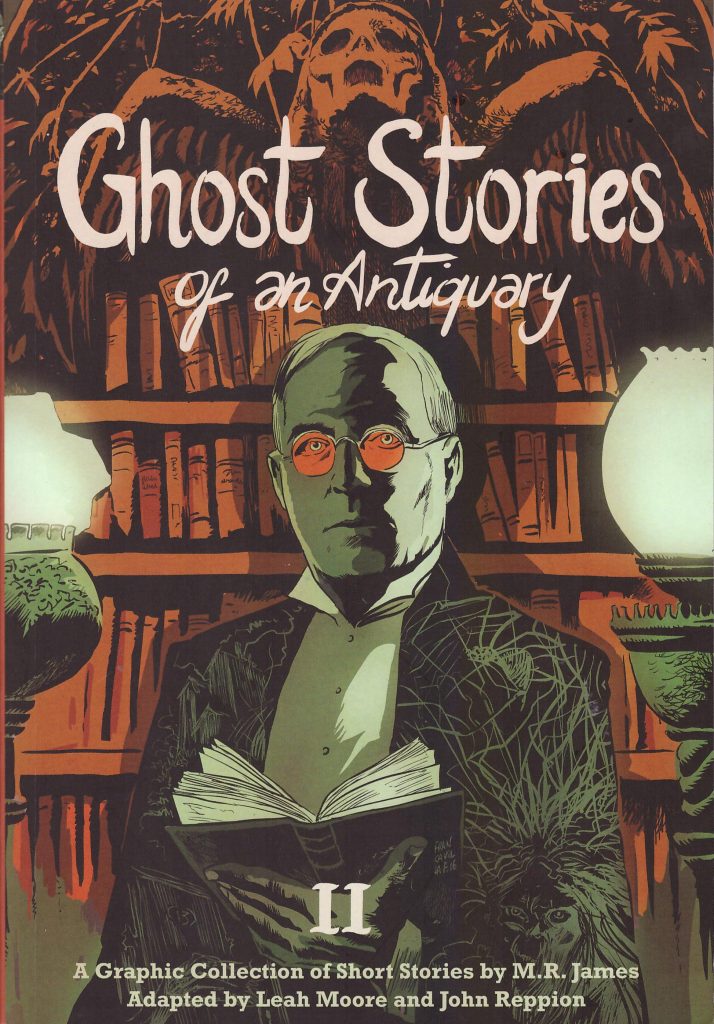 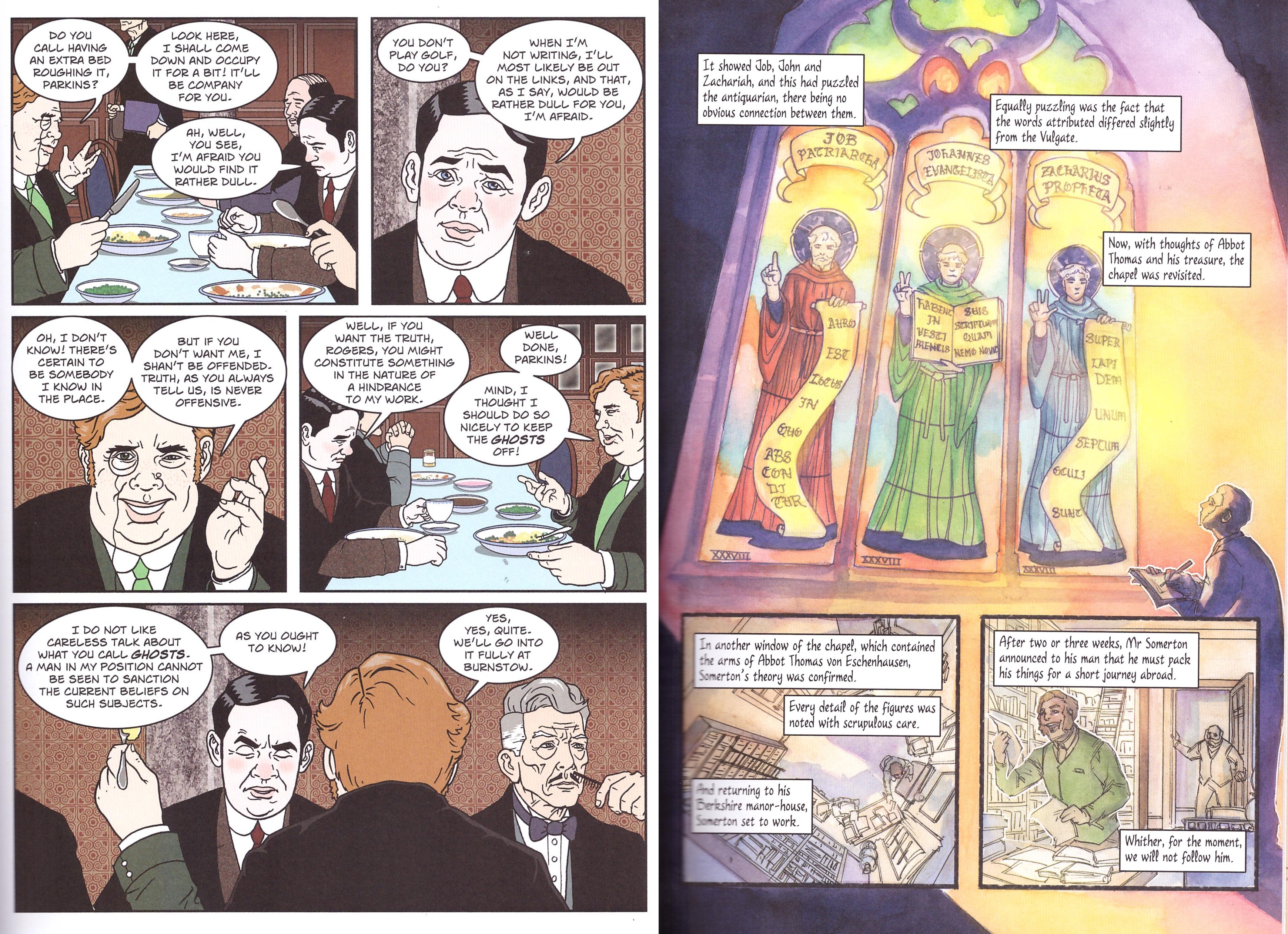 Leah Moore and John Reppion’s second collection of M.R. James’ spine chillers provides the same frisson of danger and encounters with the inexplicable that the first did, and does so equally well.

If there’s a theme running through the four selected adaptations it’s the fatal curiosity of the academic researcher. Mr Anderson is looking into the church history of Denmark, Mr Wraxall is hunting for a collection of family papers in Sweden, Professor Parkins has been tasked with supplying brief report on the Templars’ Preceptory, and Somerton is investigating a historical tale of treasure hidden in a church with its fittings providing clues that have eluded the ages. What terrors will each of them unknowingly unleash?

A further shared factor is that the terrors are largely undefined. The horror lies in the tension of the telling, not a fearful revelation, and as such all four stories succeed by keeping their secrets. There are matters beyond mortal ken, and we’re not privy to them. It provides an additional challenge for the artists, who’re unable to supply the large crowd pleasing monstrosity, so need to rely on more subtle skills. It’s Al Davison (sample art left) who comes the nearest to a revelation, but his calculatingly designed oddity is always unclear, the true form not entirely certain. Meghan Hetrick, George Kambadais and Abigail Larson are equally good at distilling mood, although their styles differ greatly. Larson’s is jagged cartooning, Hetrick more inclined to colour swirls merging into each other (sample art right) and Kambadais working in smaller, more claustrophobic panels.

There’s a lot of care taken in producing Ghost Stories of an Antiquary, not just in the very good adaptations, but of their placement and other production considerations. Parkins’ story of the Templars’ Preceptory leads naturally into the following tale of the Abbot’s hidden treasure, very much echoing the mystery of Rennes Le Château fifty years before their exploitation by Dan Brown in The Da Vinci Code.

Moore and Reppion are collaborating with a master of the genre, so their tales of supernatural happenings start from a plateau, but they’re equal to the adaptation, sticking as far as possible to what James wrote, and successfully providing a spooky treat.