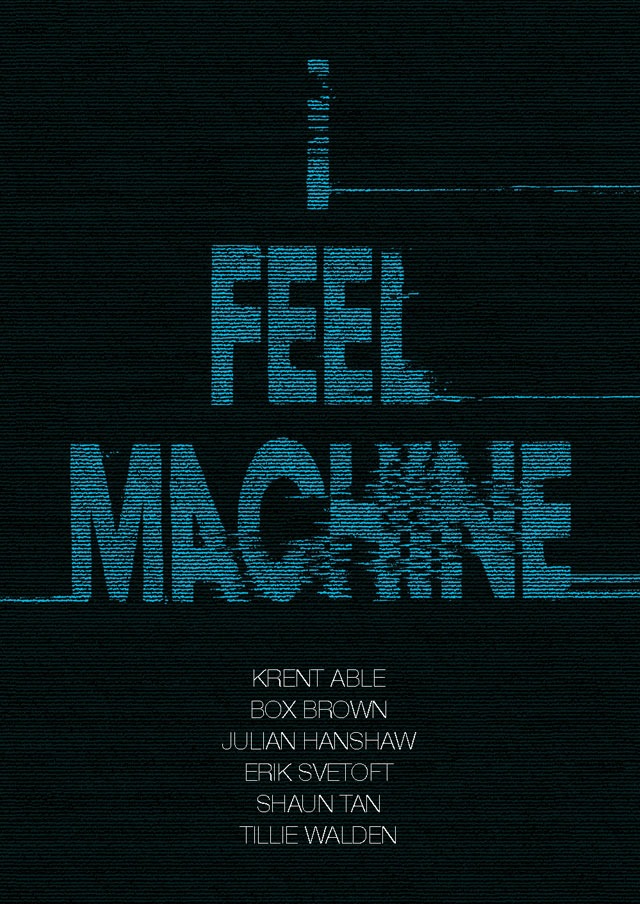 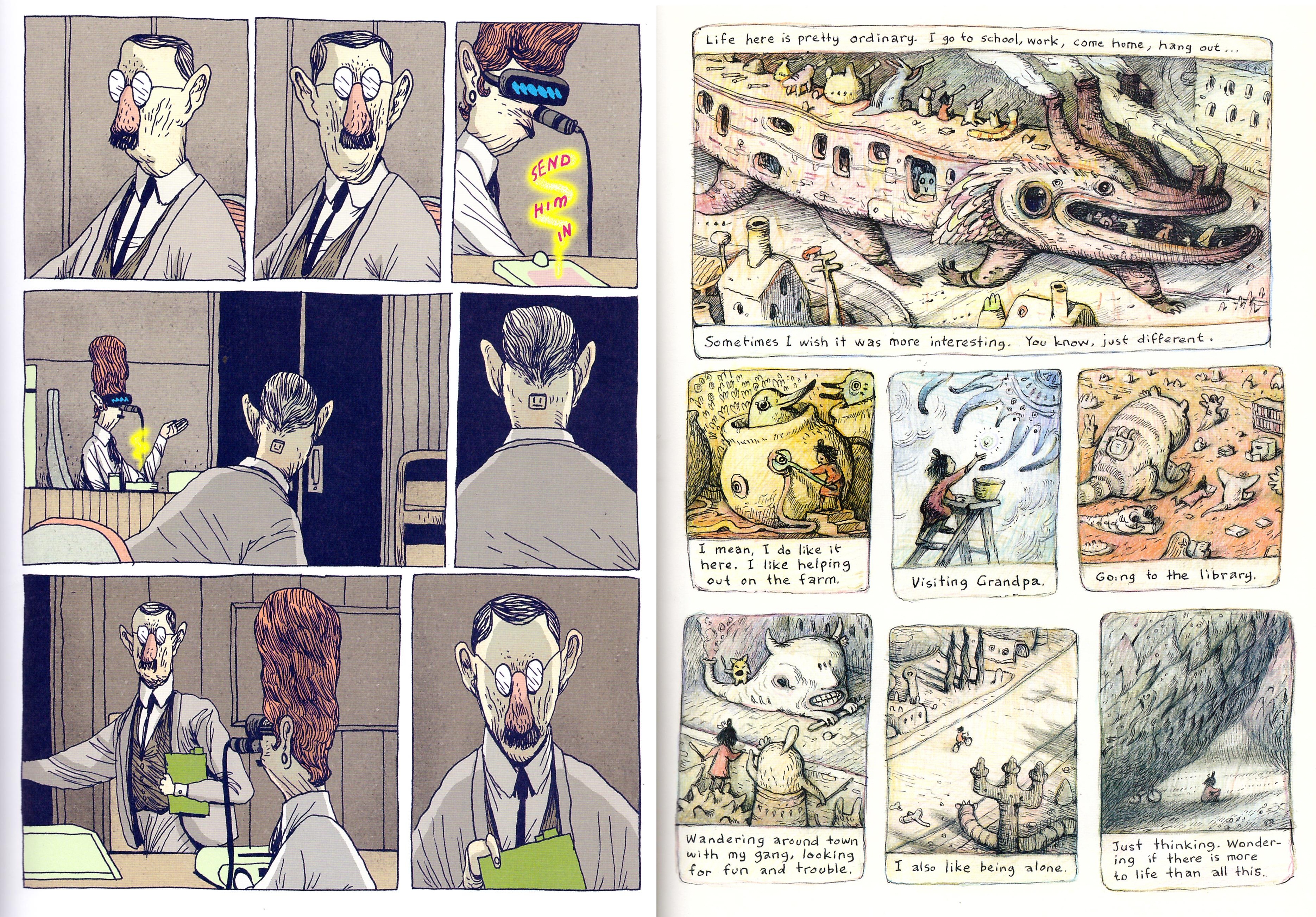 Having both produced minicomics with a technological theme, editors Krent Able and Julian Hanshaw reached out to other creators they felt might be attuned to the concept. The result is the anthology that sounds like a lost Gary Numan album, I Feel Machine, six individual glimpses into humanity’s interaction with technology.

Only Able’s closing story begins in a recognisable present day, although it departs into nightmare well before the end. It also fits a theme common to most contributions, that of technology being something to be feared, or at least rationed. Tillie Walden is the most explicit on the topic, creating a world where all machines stop one day, and it’s only then that people come to realise how content has supplanted real life. She uses a first person narrative concerning a neglected relationship, coupled with abstracted illustrations through which people are partially seen as a visual metaphor for the condition.

Erik Svetoft and Box Brown both postulate different futures. Brown’s satirical outlook presents death as ostensibly something to be celebrated, as a form perpetual life is guaranteed via digital upload and shedding of the flesh, sold in terms of conserving planetary resources, but his illustrations of never ending computer games belie the narrative. His simple illustrations are almost pictograms, and restricted colours add to that impression in creating a cold world. Svetoft’s fable is equally cold, but presented in vivid colours with gloriously sinister people. It concerns data theft and protection, focussing on those whose job it is to prevent random access. Despite the bright colours, Svetoft’s is a noir crime tale packed with intriguing images (sample left).

Julian Hanshaw’s piece is at the far end of technological interaction, while Shaun Tan almost wilfully avoids technology entirely, although his story is seemingly a metaphor for too much time spent gaming online. The sample page (right) indicates the sly humour of someone at home in their world no matter how strange it might seem to others. Hanshaw’s work is altogether more elusive, a side trip into absurdism, certainly with a moral (leave well enough alone), but deliberately impenetrable. The core of a device that peeks into other realities is all-but ignored in favour of furtive obscurity, which wastes a good idea.

All anthologies are chocolate boxes, and for everyone who likes the strawberry cream there’s someone who prefers the nutty caramel. What matters is the craft, and I Feel Machine is a solid selection with the potential to engage with a general audience. Able and Hanshaw follow up with I Feel Love.