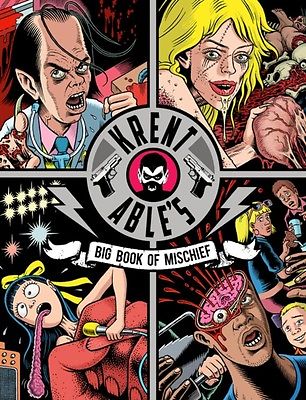 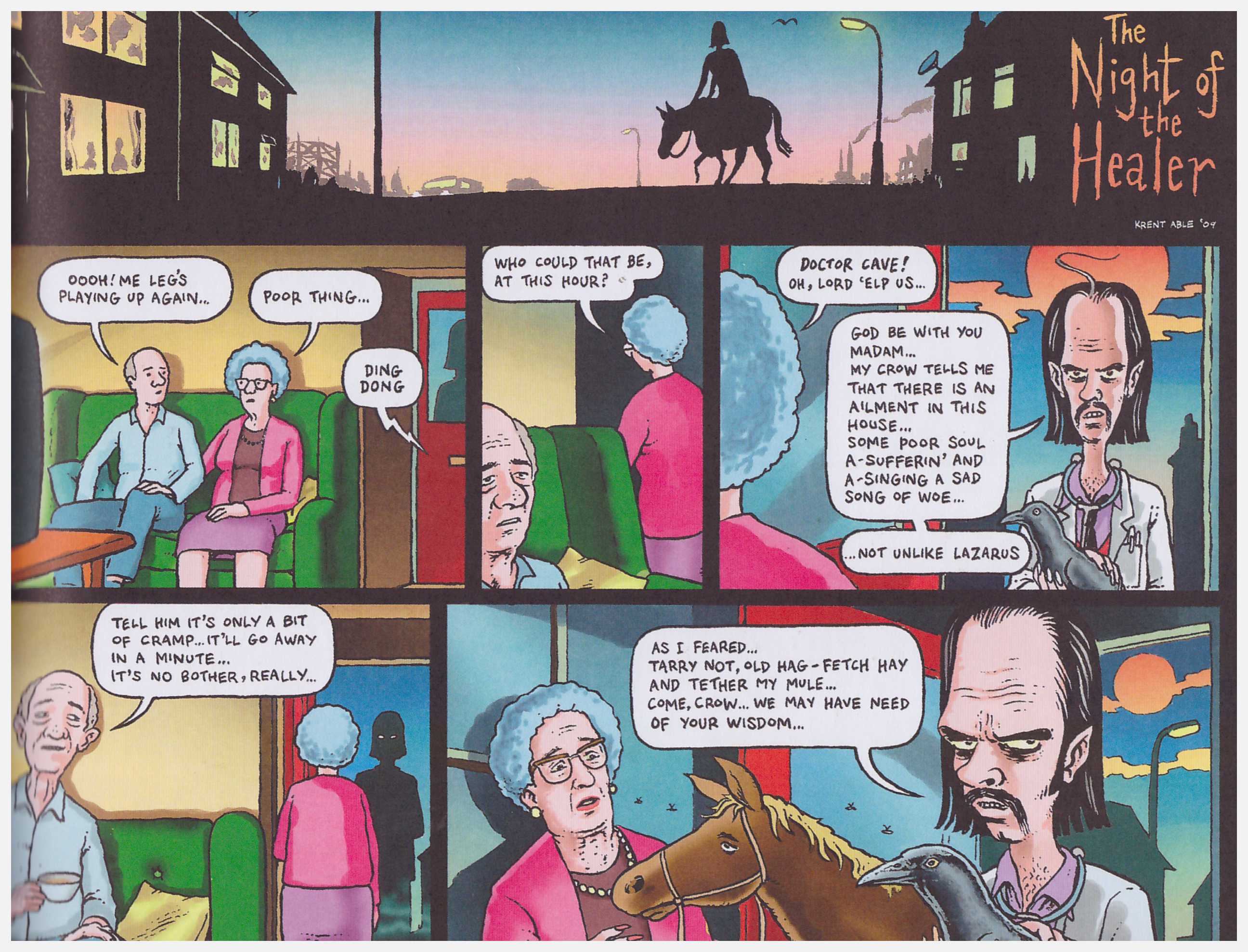 Given the way he reimagines music stars it’s firstly very wise that Krent Able operates under an alias, and secondly astounding that some, not known for their laugh a minute sense of humour, haven’t taken legal action.

It’s to be presumed Able’s been influenced by the comedy show Stella Street, in which all kinds of celebrities were decanted into the ordinary, but he’s given it a twist, and those musicians featured all occupy a dark and perverse world. Even the relatively clean cut Justin Timberlake confronts his own inner darkness. Some turn out exactly as we might imagine them ourselves. Courtney Love lurks in a cave in the Hollywood hills savagely dismembering all who venture into her dark portal, and it’s only a short step sideways for Kanye West’s enormous ego to be transferred into a career as a special agent working at the President’s behest. Others surprise. Whatever idle thought we may have given to Lou Reed and Laurie Anderson’s domesticity surely hasn’t involved raping monkeys.

When originally published in music magazine Stool Pigeon the most popular recurring character was Doctor Cave. Nick Cave is recast as an arcane quack, peddling noxious substances while spouting pseudo-biblical unpleasantries and maintaining a cheese factory requiring his own seminal deposits. His faithful companion is a crow. Kraftwerk are slotted into a Kafkaesque nightmare, Alison Goldfrapp portrayed as a vengeful diva and the Beach Boys as marine zombies.

Behind his alias Able is an artist of some versatility. The majority of these pastiches are grungy underground cartooning, but there’s a great variance on display. In featuring himself in a strip Able briefly drops into painted cartooning. Morrissey’s depredations register in a far friendlier style, more suited to Archie, and sometimes, were it not for the swearing and nudity, there’s a strip that could almost slot into Mad magazine. The illustrations that accompanied articles include a scratchy black and white Mark E. Smith, a Corbenesque apocalyptic Banana Splits, and a David Lynch portrait as viscerally disturbing as anything Lynch himself has unleashed.

If you’ve gleaned that much of the content is scabrous, wilfully obscene, and often in the most puerile form, you’ll know to steer well clear if that’s likely to offend. If you’re of a broader minded disposition and find Kanye West or Iggy Pop funny enough without the intervention of a cartoonist, then this is very much the book for you. More music madness followed in The Second Coming of Krent Able. 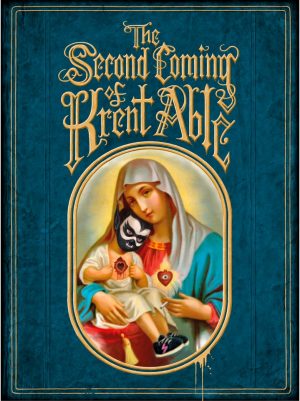