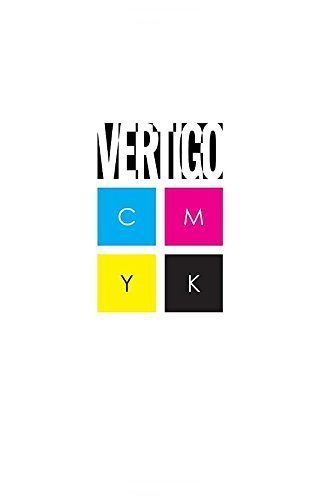 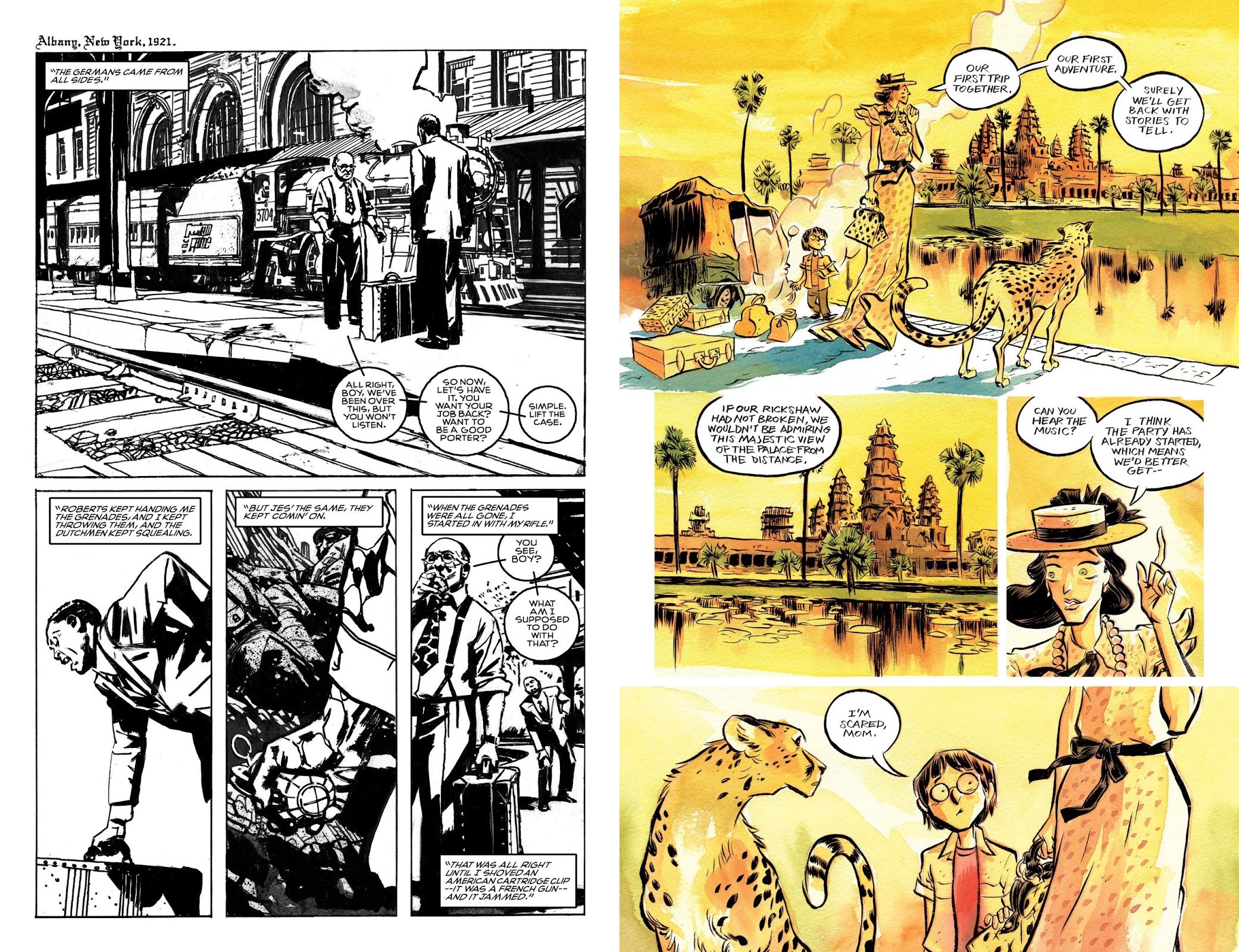 As indicated by the colour blocks on the cover, the CMYK stands for cyan, magenta, yellow and black, the colours traditionally used for four colour printing of comics and cheap magazines. To anyone outside the printing trade that K will make no sense. Like many anthologies before, the claim is that the creators are limited only by their imaginations, but unlike earlier anthologies there’s the extra care taken to ensure the material in what was originally four separate issues is themed around the chosen colour.

With 36 short stories on offer, there’s no space for detail about each, but the creative line-up is enticing. While some names are new, this isn’t a selection of tryouts from largely unknown creators desperate for a Vertigo assignment, but people who’ve already had substantial careers, not always in comics, and know fine what they’re doing. By and large, the material that works best sticks to the Vertigo template of crime, drama and horror, and avoids the ‘surprise’ ending, which is too often tempting given the eight page limitation. Monty Nero and Al Davison work it well, as do Ryan K. Lindsay and Tommy Lee Edwards.

The best content in any large anthology will always be subjective, but Gene Luen Yang and Sonny Liew’s ‘Blackout’ is a touchingly funny gem, Gerard Way and Philip Bond concoct a wild ride with a nice ending and Peter Milligan and Rufus Dayglo’s piece about the weight of privilege works well. Tom King and John Paul Leon’s ‘Black Death in America’ is heroic and horrific (sample art left), and the rare treat of a Rian Hughes strip is welcome. He meditates on magenta. Only Jeff Lemire falls back on a then existing Vertigo series, his Sweet Tooth short bittersweet. Of lesser known creators, David Baillie and Will Morris’ ‘Black Stant’ is a terrific clash of cultures, while a couple of real oddities prove striking. Vertigo titles stay well clear of superheroes, but Carla Berocal’s ‘Uber’ takes an interesting view, while Toril Orlesky’s ‘End of the Line’ is puzzling, yet poetic.

Some known names disappoint, Steve Orlando’s piss artist joke hollow, and it’s nice to see Bill Sienkiewicz illustrating, but he’s wasted on Marguerite Bennett’s cod-philosophy. Stick with Fábio Moon, however, who at first seems to be supplying lovely art accompanying an inconsequential story, but that story is the only serialised selection, and reveals itself as wonderful (sample art right).

For all the distinguished CVs, as a collection CMYK falls considerably short of total satisfaction. Too many creators take the easy route into despair, although let it be said Francesco Francavilla does so amazingly, and despite imagination being the only limitation, all too often it’s effective enough. Originally released as four specials corresponding to the colours, the black section proves the most fulfilling, featuring a high percentage of the creators already mentioned, and only the flat ‘American Gothic’ falling at the first hurdle. It was the last selection to be released, and its quality just drags CMYK above average.