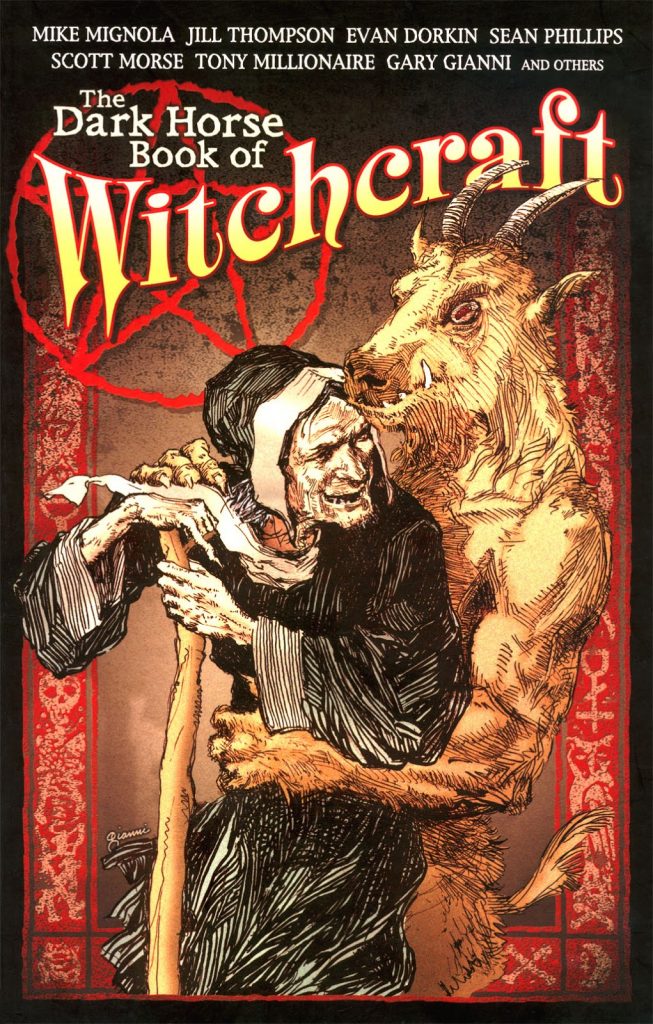 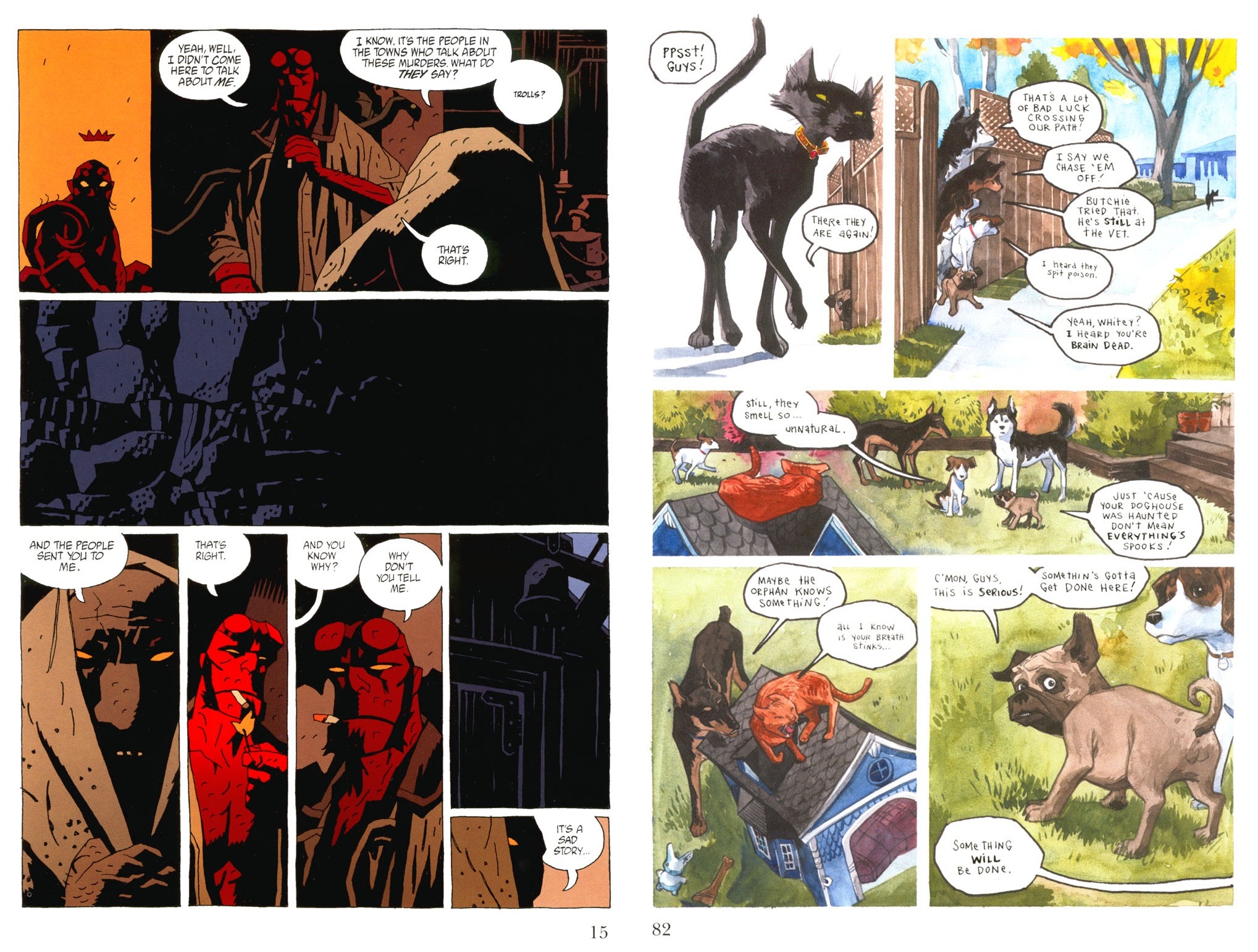 This second Dark Horse supernatural anthology followed The Dark Horse Book of Hauntings, and many of the same creators now apply themselves to the subject of witches, or in some cases, what were considered witches in less enlightened times. Editor Scott Allie seems to view the collection more along the lines of a magazine prioritising comic stories, as he again includes Gary Gianni’s illustrations accompanying a text story and this time interviews High Priestess Phyllis Curott.

Tony Millionaire provides an appropriate curtain raiser by adapting the witches’ speech opening Act IV of Macbeth, his lumpy, cackling witches the closest in the collection to those used to frighten children, before Hellboy meets the Troll-Witch. Mike Mignola ranked this highly enough that it was the title story of the first gathering of assorted Hellboy short stories, and it’s easy to see why. It’s a moody masterpiece, channelling the horror and simple morality of fairy tales. So does Allie and Paul Lee’s admirable ‘The Flower Girl’, featuring a truly grim little brat you’ll be praying comes to the nasty end awaiting most such creatures in fairy tales. Lee’s art characterises the cast well, features one truly and brilliantly repellent image and Allie’s story works its way to an appropriately tragic ending. Also returning from Hauntings are Evan Dorkin and Jill Thompson, another Beasts of Burden short closing the collection. The dogs are beset by the town being infested with cats, revealed as the familiars of witches. It’s the usual unsentimental mood, but in twisting the plot to the theme it slightly pulls against the strengths of the dogs as characters. Gianni is the final returnee, providing illustrations for Clark Ashton Smith’s perverse little tale, ‘Mother of Toads’. It’s a pulp squirmer, and Gianni’s illustrations are given a wider brief due to the subject and impress more than last time out.

Jim and Ruth Keegan’s story of the arrogant and cowardly De Marlbrough is a step down the quality scale, predictable and melodramatic. It shares more with the sting in the tail shorts found in 1950s stories than 21st century horror. The following piece by Mark Ricketts and Sean Phillips on the other hand is almost a text book example of how to create an unsettling atmosphere, with Phillips evoking rural USA beautifully. Scott Morse uses three long vertical panels per page to tell the origins of the infamous Salem witch trials, his illustrations symbolic and reminiscent of children’s books.

As with Hauntings, the wish would be for greater comic content, yet without Allie’s personal vision it’s unlikely the anthology’s quality wouldn’t have been so high in the first place. It’s a dilemma.