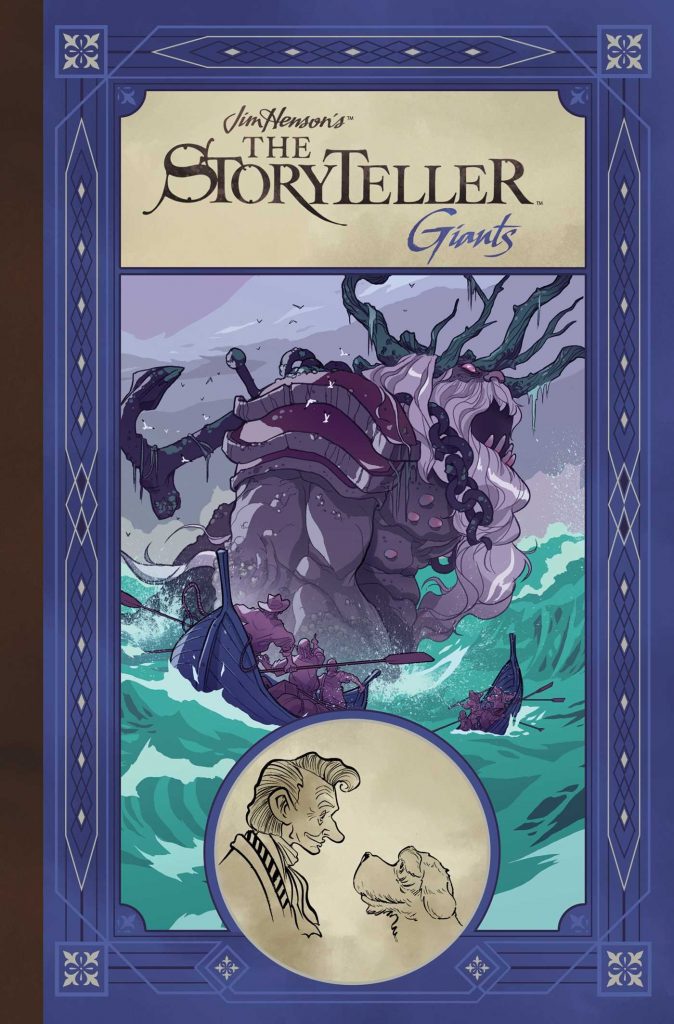 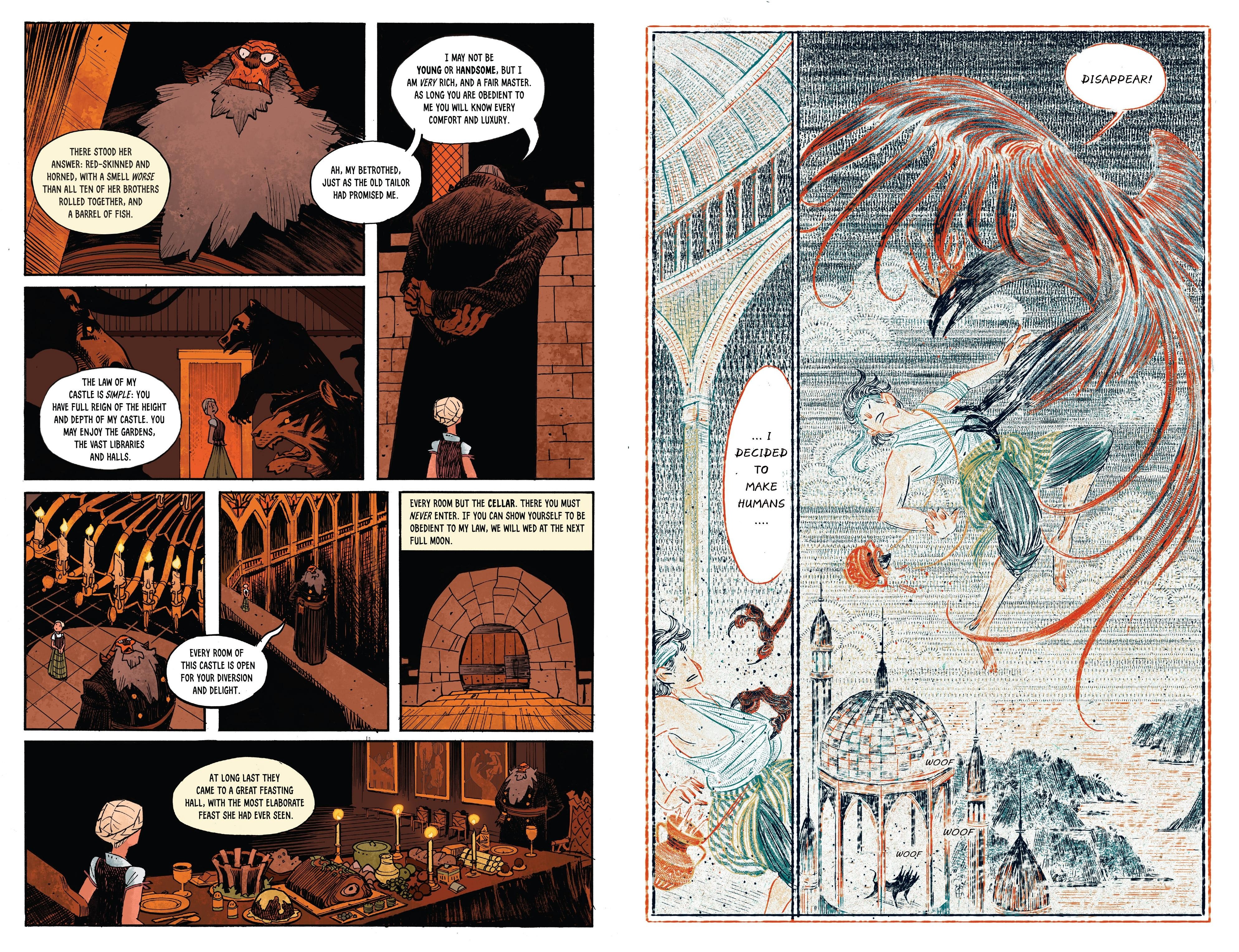 By this third categorised volume inspired by the 1980s TV show Jim Henson’s Storyteller a comfortable pattern has evolved. The artists Archaia choose to produce stories based on traditional fairytale themes may not be well known, even to comic fans, but they have a style and suitability, and each provides enlightening notes to preface their story.

Conor Nolan’s starting point was that most giants in fairy tales are unsympathetic types, dim, clumsy and greedy, terrorising the neighbourhood via their size, so Nolan found a Japanese tale opposing those sensibilities. ‘The Peach’s Son’ is neat and unexpected, taking the lead character on a strange journey where he picks up strange friends and offers the moral that we all have our talents and our part to play. It charms as intended. An alternative version can be found in The Storyteller anthology published before the themed collections.

Brandon Dayton’s tale of ‘The Tailor’s Daughter’ is a composite, uniting pieces of numerous fairy tales he read along with episodes of the TV show. That might not sound very promising, but Dayton’s imagination is constantly a step ahead, and although the form of a reluctant bride, magical objects and a fearful monster might be familiar, what Dayton weaves from them is consistently surprising. The sheer amount of fairy tale standbys thrown in is a virtuoso performance, and far from being derivative it’s thoroughly entertaining.

‘Pru and Fomorian Giants’ is painted in watercolours by Jared Cullum, who includes some striking scenery, but perhaps the eyes on his young children are a little too large. It’s the least satisfying story here, the plot the slimmest and even by the standards of myths and legends lacking an internal logic. If the giants are so fearsome and the moral of the story that families stay together, why would Pru’s father choose to fight the unbeatable foe, and her mother stay to watch him do it, while sending the children away? Perhaps that’s like asking why Jor-El didn’t build a spacecraft capable of transporting the entire family away from Krypton.

On ‘The Fisherman and the Giant’, Feifei Ruan provides this collection’s most striking art. She’s adapting from Arabian Nights, and her beautiful page designs echo the ornate book presentations of those stories, although she restricts herself to shades of washed out blue and red. It’s a stirring story of bravery and improvisation, but it’s also somewhat distanced, and the fisherman someone we never really come know beyond their outline.

As in the earlier volumes of this series, any misgivings are relatively minor, and anyone predisposed to myths and fairy tales will derive even greater enjoyment than the average reader.