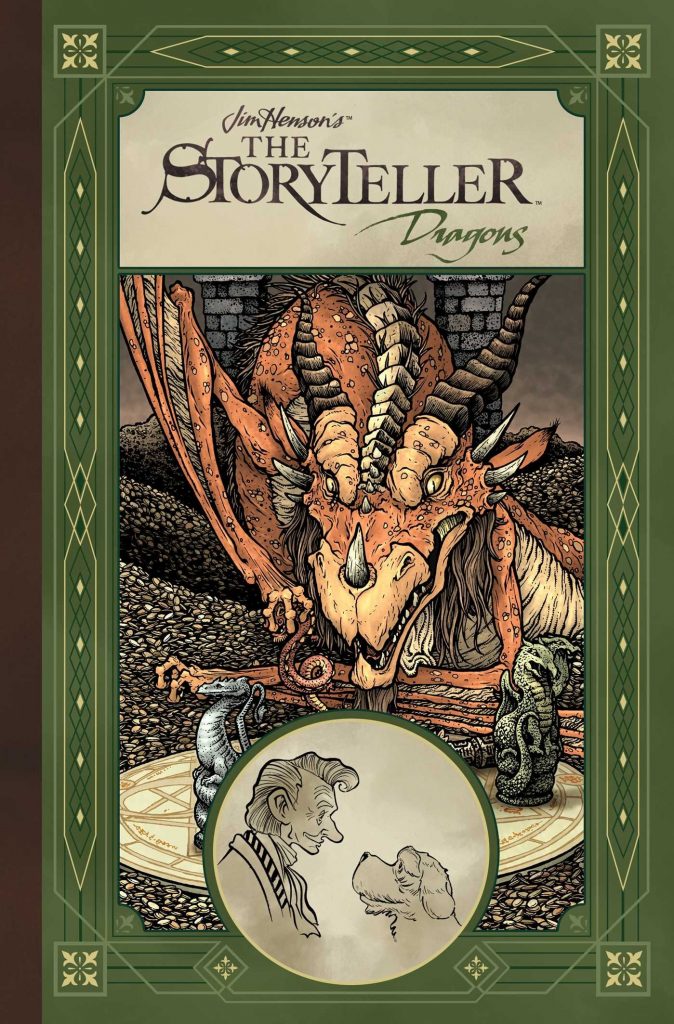 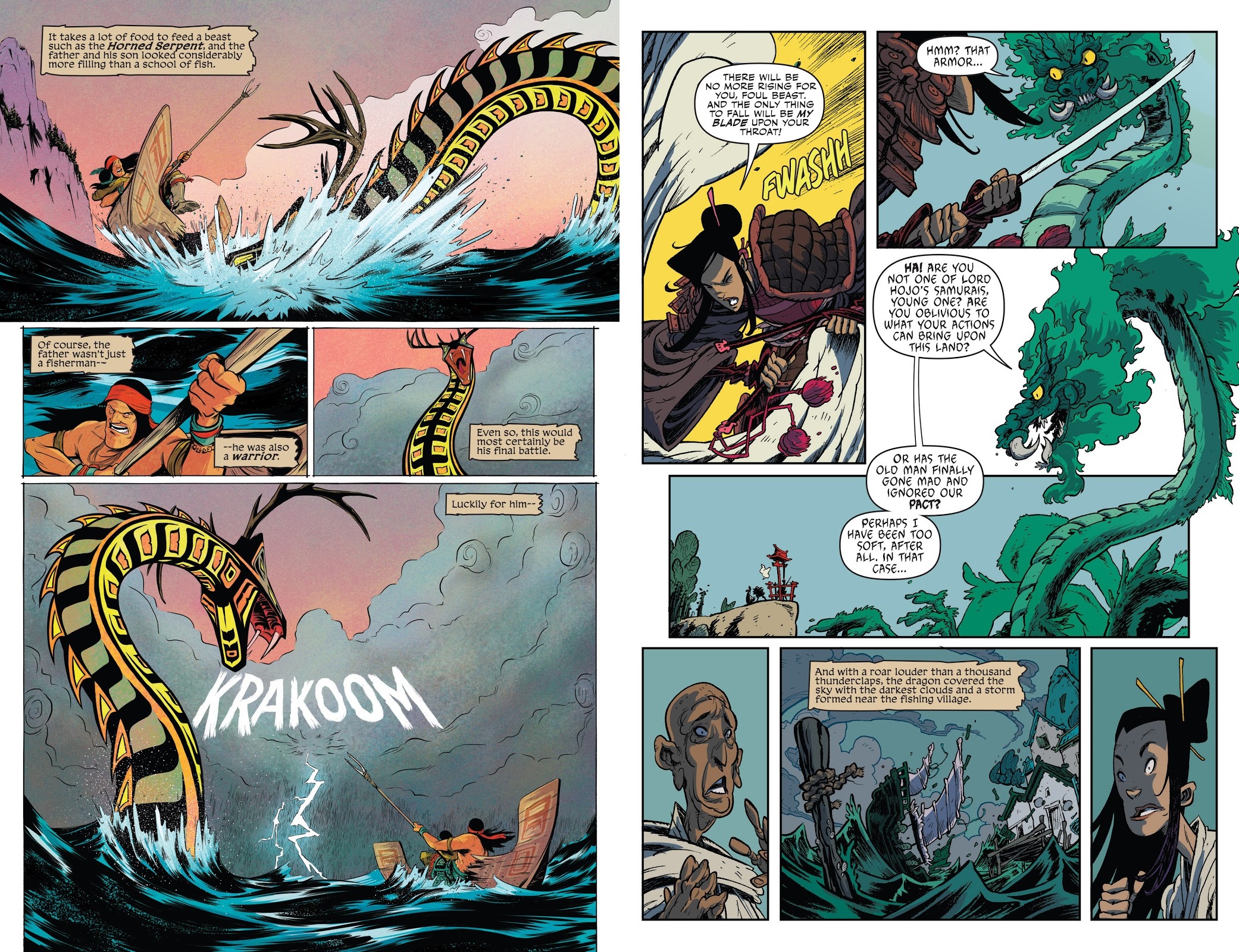 Following Witches, this second themed selection of fables, myths and legends from the Storyteller is unique on a few counts, not least for having the widest spread of locations sourced for the stories, with Eastern Europe, England, Japan and North America all represented. It also takes the broadest approach to what constitutes the title subject, has two stories with women as the hero figures, and on the downside there’s the least variety to the art, which is all cartooning. It’s largely good cartooning, but other collections offer different artistic approaches.

Regret is a theme common to three of the four stories presented, starting with Daniel Bayliss telling of a father and his son facing a fearsome water serpent, with Bayliss’ bold and distinctive colouring complementing the already good cartooning. He provides a good sense of place, while Fabian Rangel Jr’s dialogue provides the appropriate wistful feelings.

The story of the Lambton Worm is associated with the North-East England, and also explored by Bryan Talbot within Alice in Sunderland. It’s a fearsome creature at home on land and in water, and seemingly always able to reconstitute itself no matter how ferociously it’s been hacked at by soldiers in the Crusades era. Nathan Pride’s cartooning is nice, and he retells the legend evocatively, building the unbeatable foe. The regret is in the form of Lord Lambton’s dissolute son, who unleashed the creature on the neighbourhood in the first place.

‘Albina’ is the weakest piece included, both in terms of story and art. Helena Christensen’s art is untidy, with weak figures and faces, and costumes consisting of abstract shapes that don’t fit together well. That also impacts on the dragon, which is large, but in wispy form not as fearsome as it could be, with its transformation undersold. Perhaps Christensen didn’t have much to work with, but Albina’s feats are long in the telling but short on content, and the ultimate victory relatively easy, prompting the thought that others could have achieved the same much sooner. Bravery is key, though. It’s the one story where regret isn’t an issue.

For Jorge Corona’s look at ancient Japan it rears its head again, although not until the end. His cartooning is more stylised than that of Bayliss or Pride, and works well in building the world of warrior woman Tokoyo, whose search proves to be for something she hadn’t previously realised. It’s a more fully rounded piece than the others. While Lambton Junior may have learned some responsibility, Tokoyo’s tale is one of growth and understanding, while the featured dragon is very different, and interesting.

While a slightly weaker selection than the companion volumes, the series standard is so high overall that Dragons is still well worth your time, and Giants are next on the agenda.