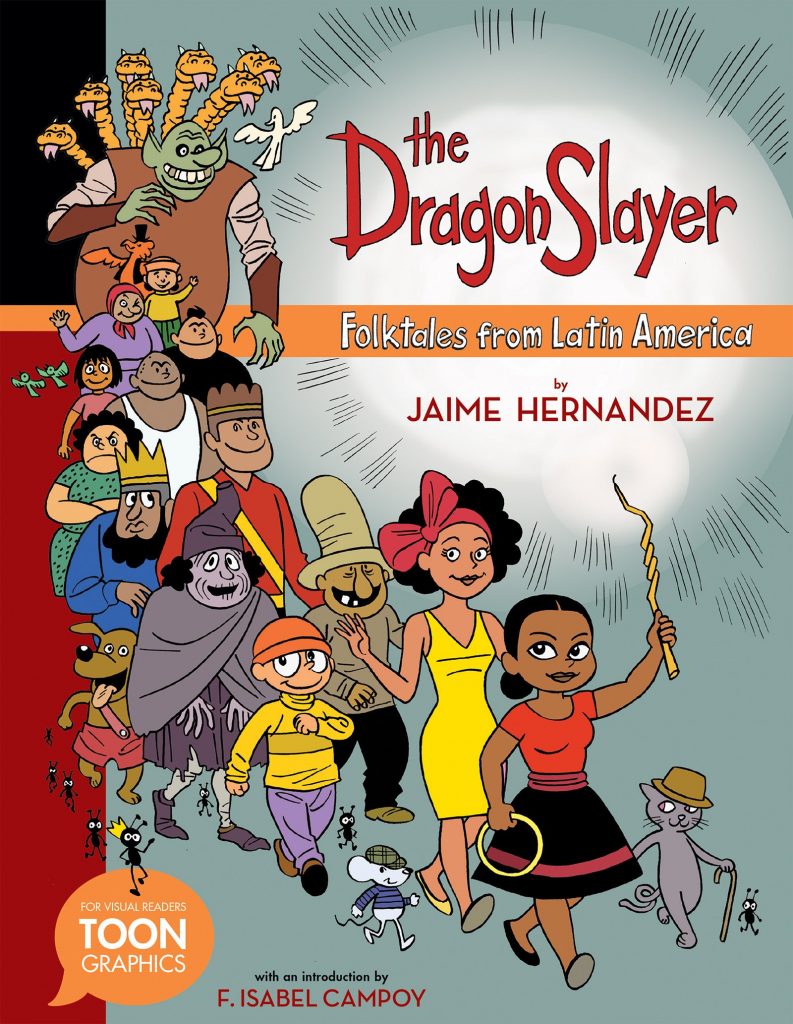 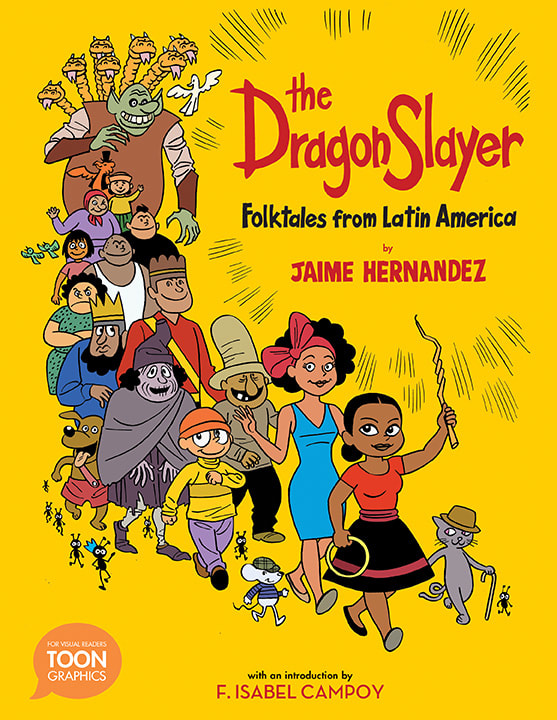 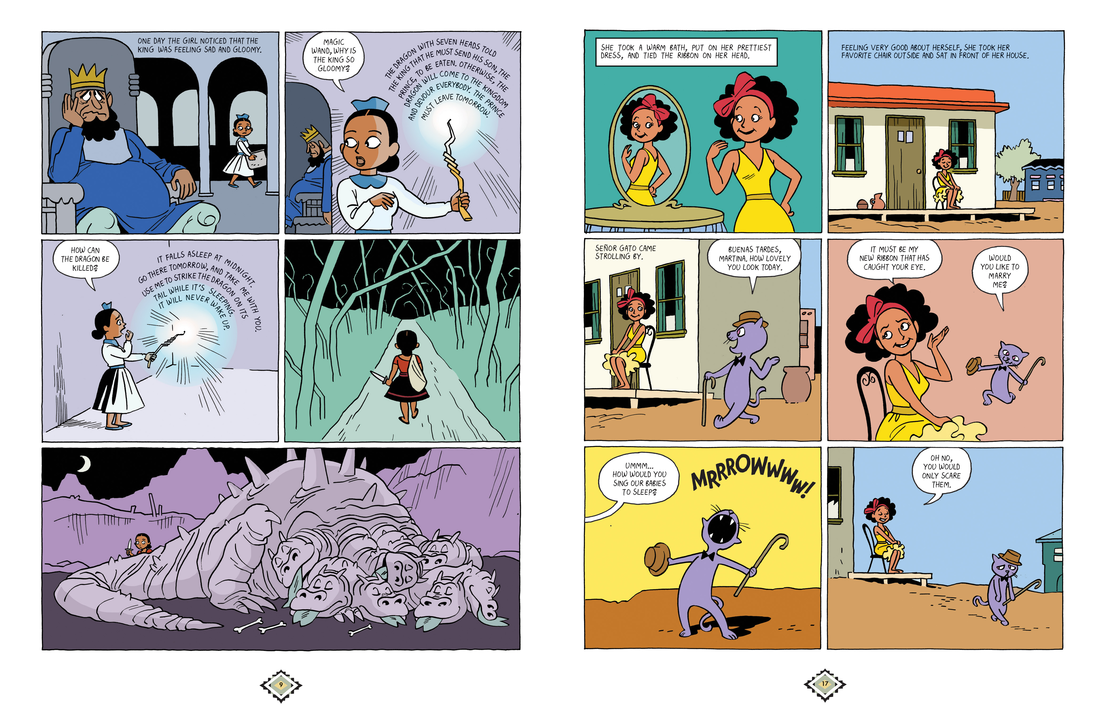 The Dragon Slayer: Folktales from Latin America, is a book for young readers featuring three classic short stories from Mexico, adapted by Jaime Hernandez, assisted by co-authors Alma Flor Ada and F. Isabel Campoy. In his Love and Rockets series, Hernandez often draws the sections of his narratives featuring children in a simplified style that references Dennis the Menace and Peanuts, but this is the first time he has actually drawn a book for children.

In the title story, ‘The Dragon Slayer’, a girl is forced out of her home by the jealousy of her three scheming sisters. Her wanderings take her far away and eventually into the lair of a seven-headed dragon, but because she is resourceful and kind as well as pretty, she manages not only to defeat the dragon but land herself a royal husband and become a Queen.

The second tale ‘Martina Martinez and Perez the Mouse’, is adapted by Alma Flor Ada. It features a young woman who is pursued by lots of men who want to marry her. She rejects them all to marry a mouse instead. Everything works out fine until her tiny husband falls into a big pot of soup in their kitchen while she’s out. How will he escape?

Lastly, ‘Tup and the Ants’ shows us a father with three sons, two of whom are hardworking but dumb and the third who is lazy but smart – and persuasive enough to make a deal with a swarm of ants to do all his work for him.

Hernandez selected these three tales after reading Latin Folk Tales from Around the World, a reference book given to him by Toon Book publisher Francoise Mouly, and finding echoes of his own characters, Maggie and Hopey, in ‘The Dragon Slayer’ and ‘Martina Martinez and Perez the Mouse’. Alma Flor Ada and F. Isabel Campoy are both Latin American literary scholars and children’s authors. Campoy provides the introduction, giving an overview of the stories, their mix of Spanish and Native American influences and their place in Latin American culture, and they both write the notes, glossary and bibliography. Those provide young readers with the history of these three stories and some tips on how to tell stories of their own.

The Dragon Slayer: Folktales from Latin America, is a gently amusing book that young readers will enjoy, but adults may find it generic and routine compared to Hernandez’ solo personal work. The storytelling is attractive as always, but without the fire and inventiveness that fans familiar with his books might expect to see, as if he is restraining himself and being very careful not to draw anything too weird or scary. If you can dial back your expectations you will appreciate this cultural, educational and entertaining package.

The Dragon Slayer is available in hardcover and paperback, and in English- and Spanish-language editions.