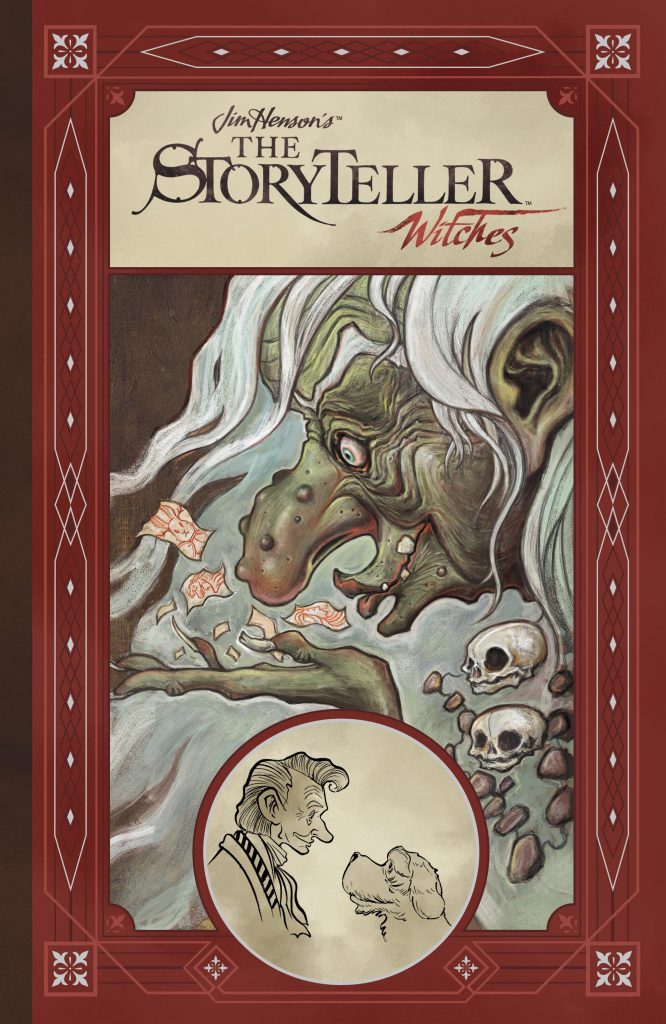 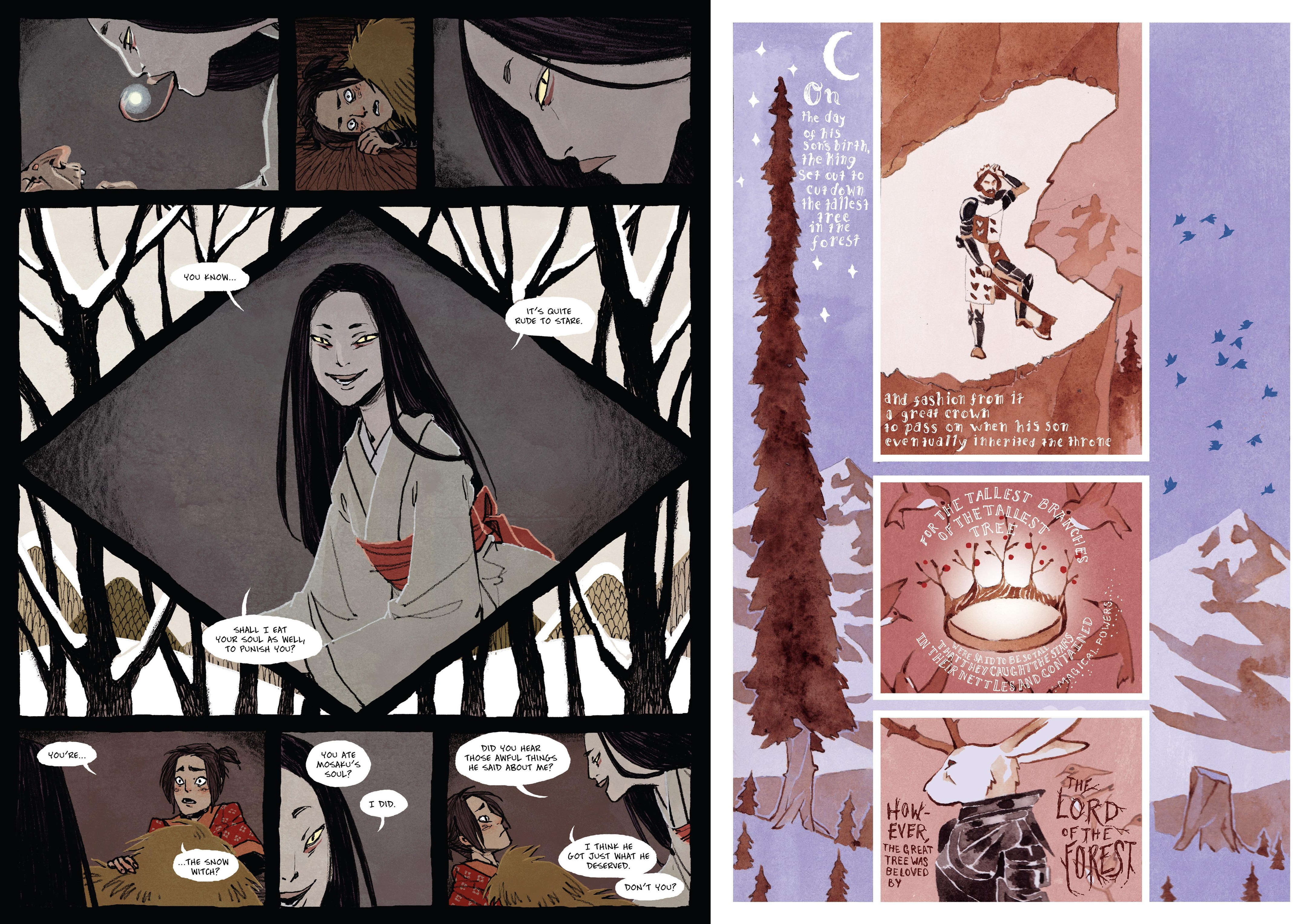 By the time Archaia first began publishing individual comics of Jim Henson’s The Storyteller, the TV series on which it was based was well over 25 years old, yet obviously fondly remembered. It featured tellings of old European folk tales, most obscure, acted out by a combination of actors and puppets, obviously not available to comics. Instead creators are invited to research their own stories on a theme, each explaining their processes as a prelude, and the result is a showcase for the diversity of comics as a storytelling form.

S. M. Vidauri’s method is to work calligraphy around individual illustrations or write on them, each page with a strong baroque look in pastel colour. He weaves in elements familiar from other fairy tales such as poisoned apples and a snow goose into his own, creating new purposes for them, in a story about a cursed community and the King of the Forest.

The Japanese fable of the Snow Witch is given a new polish by Kyla Vanderklugt’s art. She also steps away from traditional Western comics storytelling, drawing not on manga, but a more traditional illustrative form of Japanese art to good effect. It’s stylised and simple, conveying a tale of strange forgiveness and ethical compromise in a bygone period. An alternative interpretation of this tale can be found in Hungry Ghosts.

Matthew Dow Smith’s interest is a story involving the Irish myth of Tir na nÓg, the island of everlasting youth. There’s an almost woodcut approach to the art, where the static figures seem to have waited for the page to turn before continuing with their story. Dow Smith’s is a neatly circular myth, a meditation on the power of stories to change the world. The theme allies it to the work of Neil Gaiman.

A never produced script from the original TV series fell into Jeff Stokely’s hands, written by Anne Mountfield and the late Susan Kodicek with modifications from subsequent film director Antony Minghella. Stokely’s is the most traditional comic art in Witches, although that’s no complaint, and the most traditional fairy tale. He provides a friendly richness to the sympathetic character of Vasilissa and a suitably terrifying Baba Yaga, designed to look as if a Henson puppet from the TV show, and creates a creepy atmosphere for a story with some similarities to Cinderella. It’s far darker, though. To flesh out the book Archaia reprint the original script from which Stokely worked, interesting for comparison purposes, but the comic strip stands well enough alone.

This opening anthology proved successful, and volumes on Giants, Fairies and Sirens have followed, Archaia careful to curate for quality rather than fill the shelves rapidly and killing the idea.