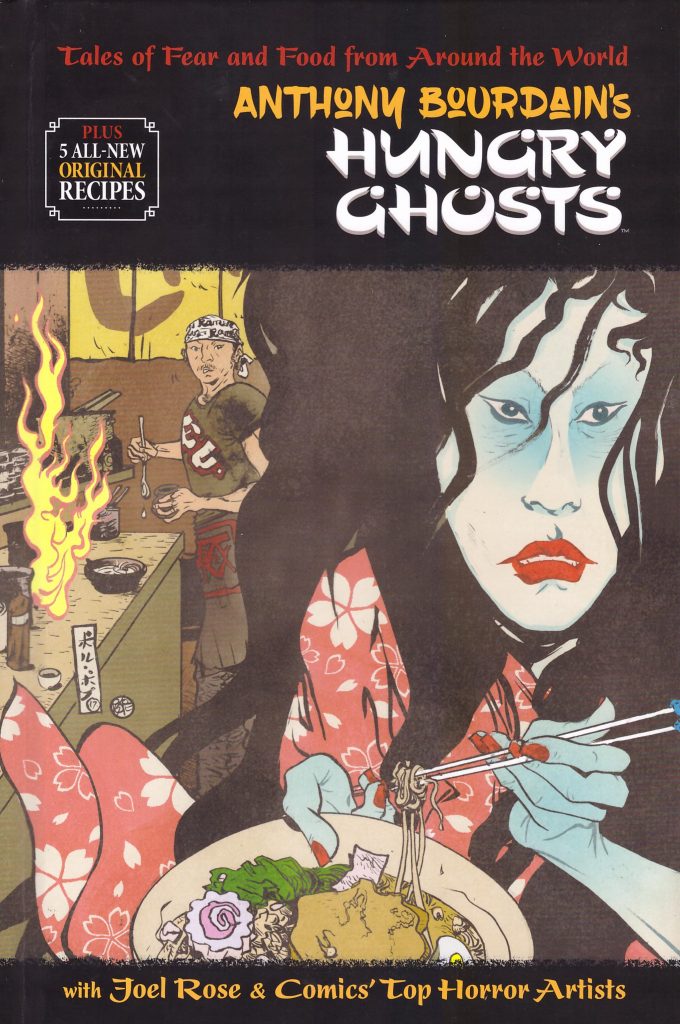 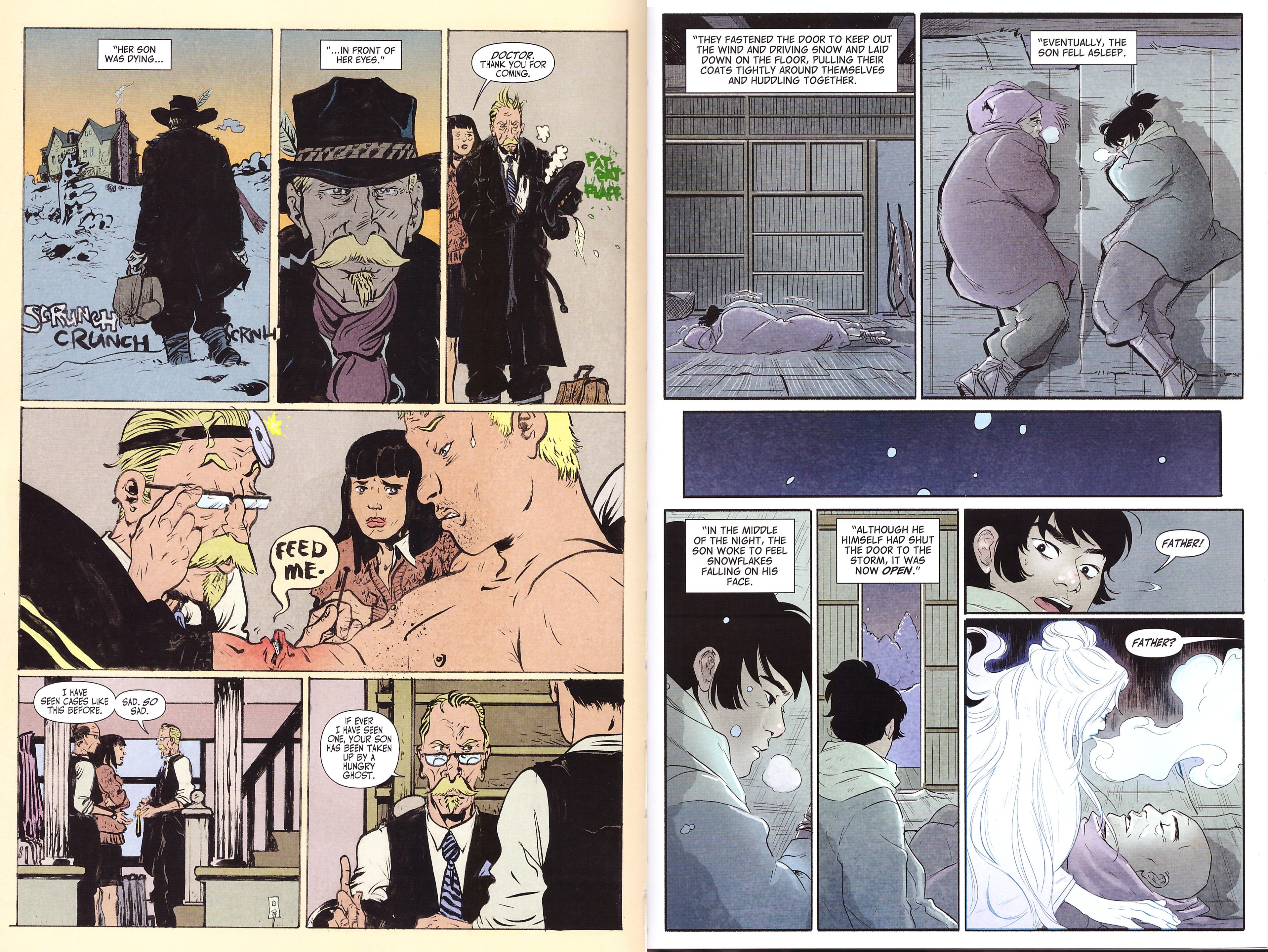 Editor Karen Berger began her career as assistant editor of DC’s supernatural/mystery titles, so it’s somehow fitting that among the earliest releases of the imprint bearing her name is this ghost anthology. Storytelling techniques may have improved since the late 1970s, but at their core it’s not only Berger connecting Hungry Ghosts with the earlier work. Anthony Bourdain and Joel Rose’s approach is very much to the 1970s template of setting a mood and throwing in either a twist or retribution at the end of their short pieces. The more imaginative material features both. And like those 1970s stories, it’s the artists who shine rather than the writers.

A selection of master chefs are gathered together and challenged to tell a ghost story involving food. Bourdain, himself a master of the culinary arts, even includes a selection of recipes, which is a nice touch, but however delicious they may or may not be, their supposed connection with the earlier content is slim. The stories are sourced from Lafcadio Hearn’s 1904 accumulation of Japanese ghost stories, Kwaidan, and adapted by Bourdain and Rose, to an extent representing simpler times and beliefs. Kwaidan may have influenced so many later ghost stories, but in doing so their own potency has been diminished. It’s a shame because by introducing the novel storytelling ritual of Kaidan and explaining it, Bourdain and Rose are off to a good start.

Sebastian Cabrol, Vanesa Del Ray, Francesco Francavilla, Irene Koh (sample art right), Leonardo Manco, Alberto Ponticelli, Paul Pope (sample art left), and Mateus Santolouco contribute the art. Interestingly few among them acknowledge the source material. Ponticelli and Francavilla’s contributions are at least set in Japan, but it’s Koh’s interpretation of ‘The Snow Woman’ that comes the closest to the look of a traditional Japanese tale. Food is only peripherally present and perhaps not coincidentally it’s the most complete contribution, both the period setting and the imperious spirit striking a chord. It also features a different form of revenge, one connected with the unreasonable demands of fairy tales. Overall there is no poor art, but the memorable elements are otherwise moments rather than entire pieces. Manco nails gluttony, Pope tells a Western, and Francavilla’s colour and design resonates.

One major difference between this and the 1970s is how improved paper quality enables the art to shine, the production and editorial consideration impeccable down to the fabric bookmark. Otherwise, however, Hungry Ghosts is slightly better than average, a functional anthology, but not a great one.