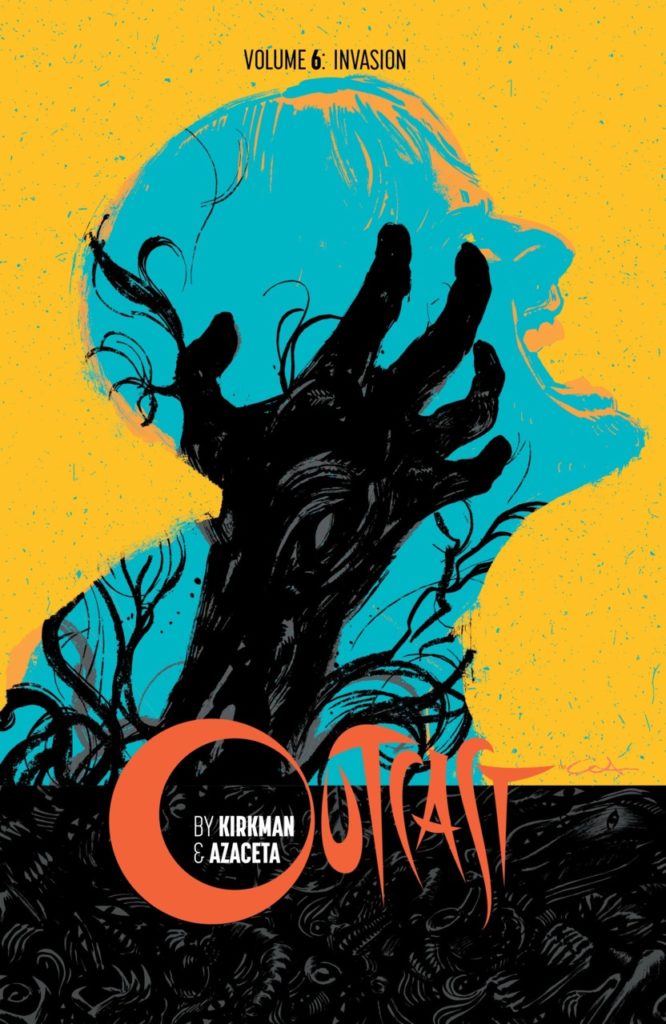 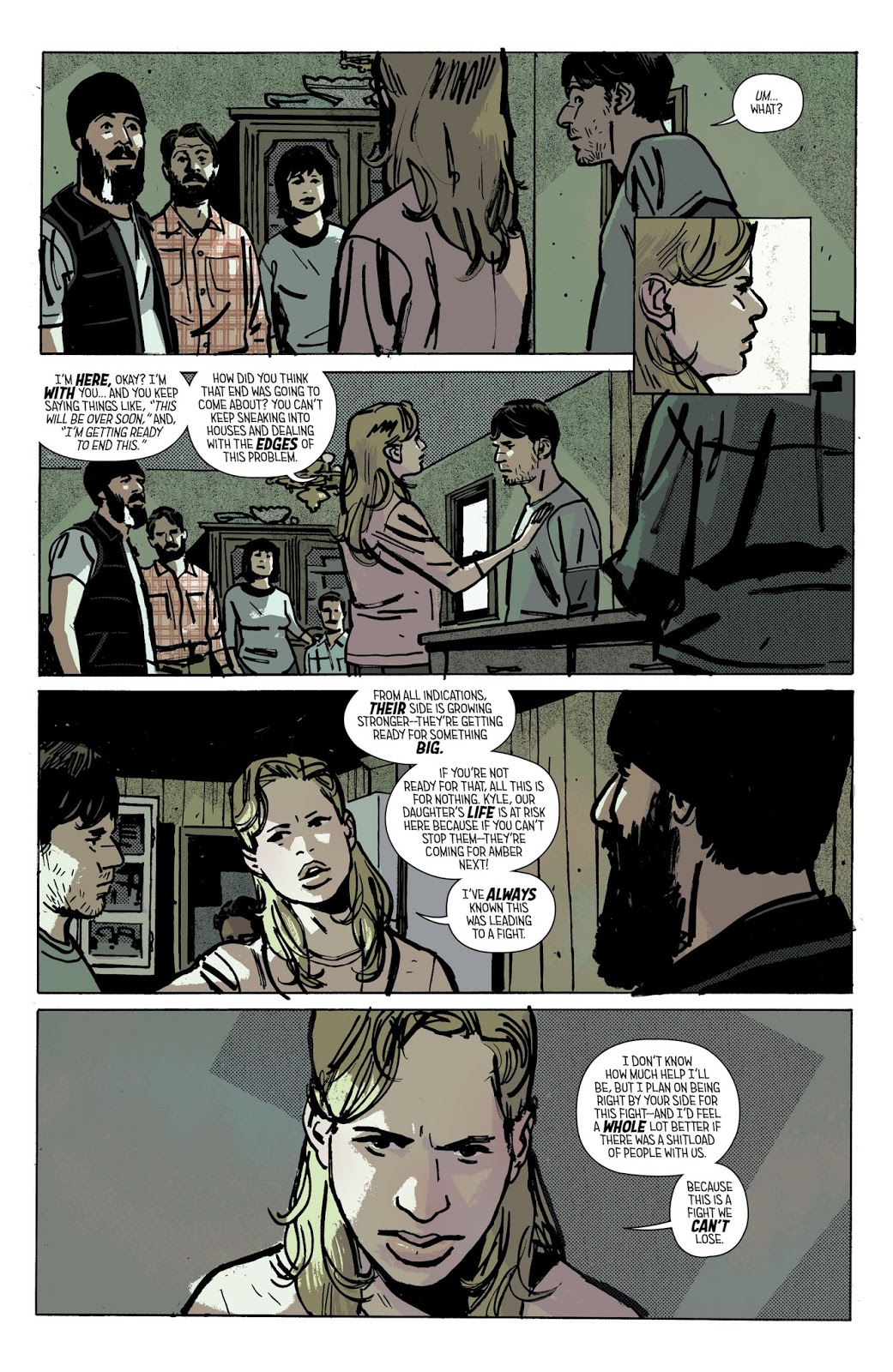 As the disclosures came tumbling forth, Outcast sprung into life with The New Path, as Robert Kirkman finally concluded that a fifth volume without any definitive answers was exploiting an audience’s goodwill too far. It proved an ambitious undertaking. What humanity has referred to as angels and devils over the centuries is misrepresenting ancient entities that have bled through into Earth. It’s still a battle of good against evil in conventional terms, and at the centre is Kyle Barnes, with his genetic inheritance of being able to purge the possessed provided the entity hasn’t become too established in someone.

Rowland Tusk has replaced the former leader of the possessed, a methodical man keen to track down the small community Kyle has gathered, and he’s spotlighted over an opening chapter displaying his tenacity, and the command he has over others of his kind. And everyone else for that matter. “I can make one phone call and have the mayor come down here and punch you in the mouth”, he explains, “I don’t mean to be silly. My point is my reach is that far.” More people are hosting what for a better name could be considered demons, and their transition is violent and upsetting. It’s also problematical, as the increased amount in the vicinity is because they’re drawn to the area due to Kyle’s presence.

Kyle’s progression is something Kirkman’s attempted before with Rick Grimes in The Walking Dead. Both have gradually come to accept that their destiny isn’t exactly the life they planned, and both have terrifying forces lined up against them. Grimes is a bit further along the path, but by the end of Invasion Kyle’s been rather the revelation. Outcast, however, is a different kind of horror, perhaps more sophisticated in conception, with the lines not as clearly drawn and plenty of room for plot manoeuvrability or backtracking if required. While it’s been slow to shift into gear there have been nice touches all the way through, an example from Invasion being the biggest stab to the heart coming not from a knife, but the words of an innocent.

It should be expected by now that Paul Azaceta is peerless in delivering a tense atmosphere and refined visual characterisation, and that’s exactly what he supplies. His characters seem a smidge out of focus, as if in the process of moving, and he’s great at creating backgrounds from abstracts.

Perhaps removing Invincible from his schedule has enabled Kirkman to devote more time to Outcast. Whatever the reason, after four far too leisurely paced volumes, Outcast has now shifted into high gear and become a series to anticipate, Invasion providing surprises and further revelations to be continued in The Darkness Grows. Alternatively, the entire series is collected as Outcast: Complete Compendium.