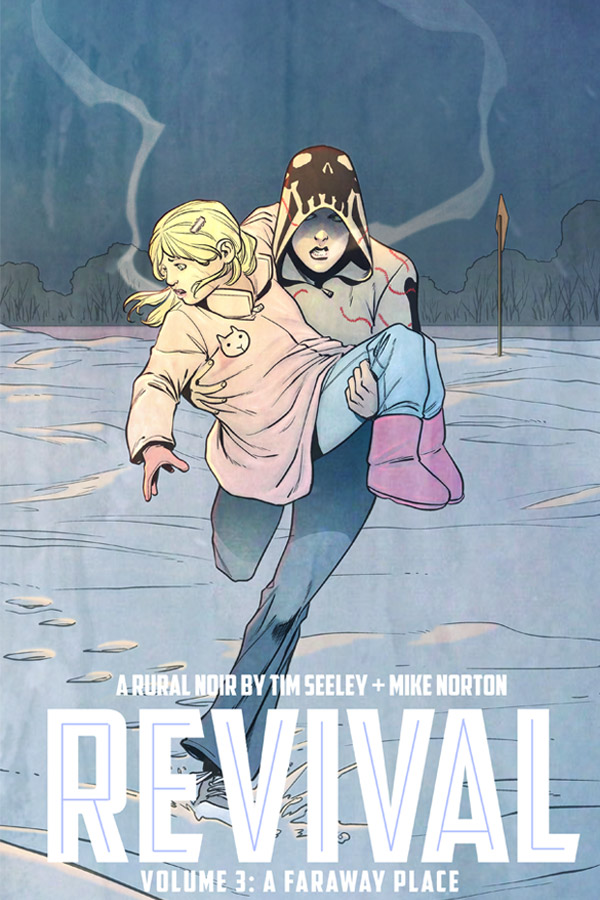 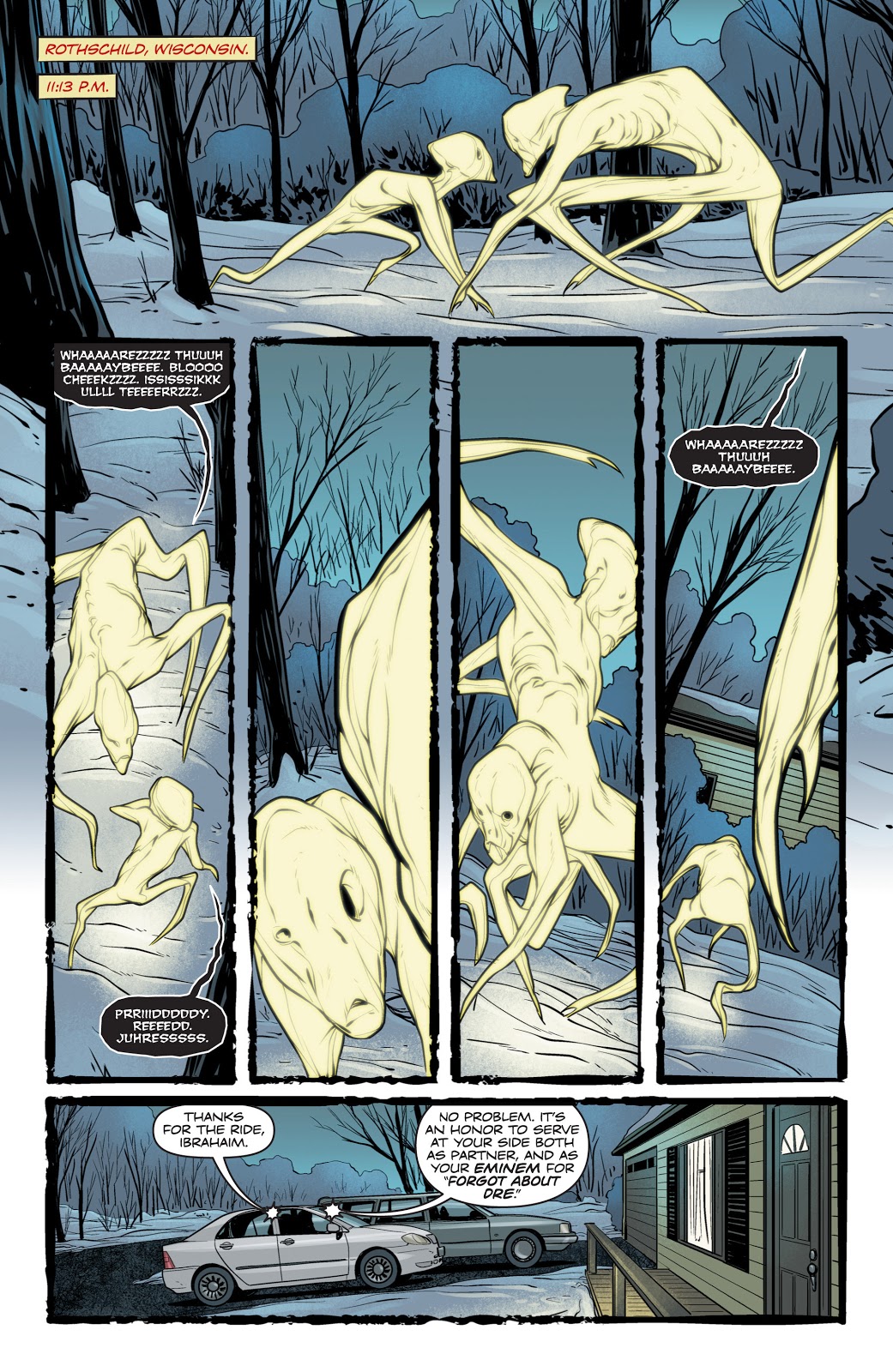 Tim Seeley and Mike Norton have presented a plethora of interesting characters in their tale of the dead returning to life in Wausau, Wisconsin, but Em has been one of their most fully realised. When introduced in You’re Among Friends she was easily and prematurely dismissed as the surly emo teenager, but with every passing chapter her progression has become more compelling. Her decisiveness in Live Like You Mean It saved lives, and there’s still the puzzle of why she was among the revived in the first place.

In A Faraway Place it’s Em who’s deduced a mystery running through the previous two books, but this is skilfully contextualised via being tied into the fate of another of the revived, a young girl seemingly questioning beyond her years. Em’s achievements in the previous volume are also under investigation in book that generally ups the creepiness quotient.

Norton takes an interesting departure by presenting a few pages of comics as drawn by a child, in this case Coop, son of Officer Dana Cypress and her former partner. It’s presented as an insight into how the occurrences of the recent months have affected him.

It’s interesting how Revival seemed to tap into some kind of international cultural zeitgeist with its background of the dead returning to life, but as normal humans. It’s a fair bet that the producers of a French TV series that débuted around the same time as the Revival comic in 2012 hadn’t seen Seeley and Norton’s work (nor they the series). Jason Mott’s The Returned explored the same theme and was published over a year after Revival. Hmmm. And the ABC network introduced Resurrection based on Mott’s book after rejecting the idea of transferring Revival to TV. Hmmm again.

Those who’ve enjoyed the previous two volumes will find the quality maintained here, with plenty to perpetuate the series, which continues with Escape to Wisconsin. Both are combined in the second hardcover Deluxe Edition.