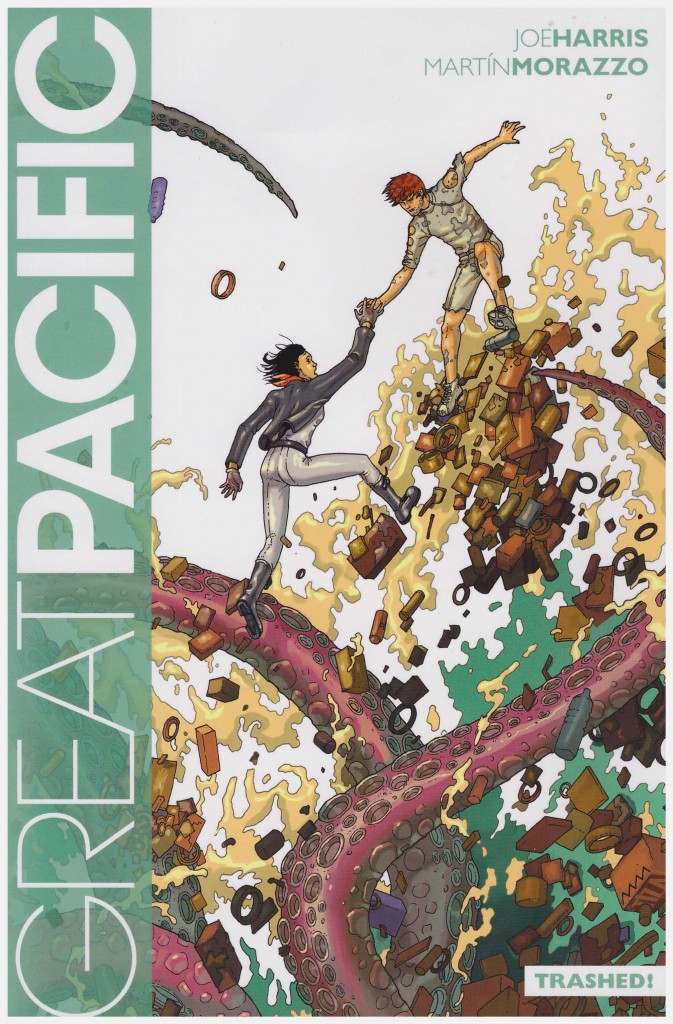 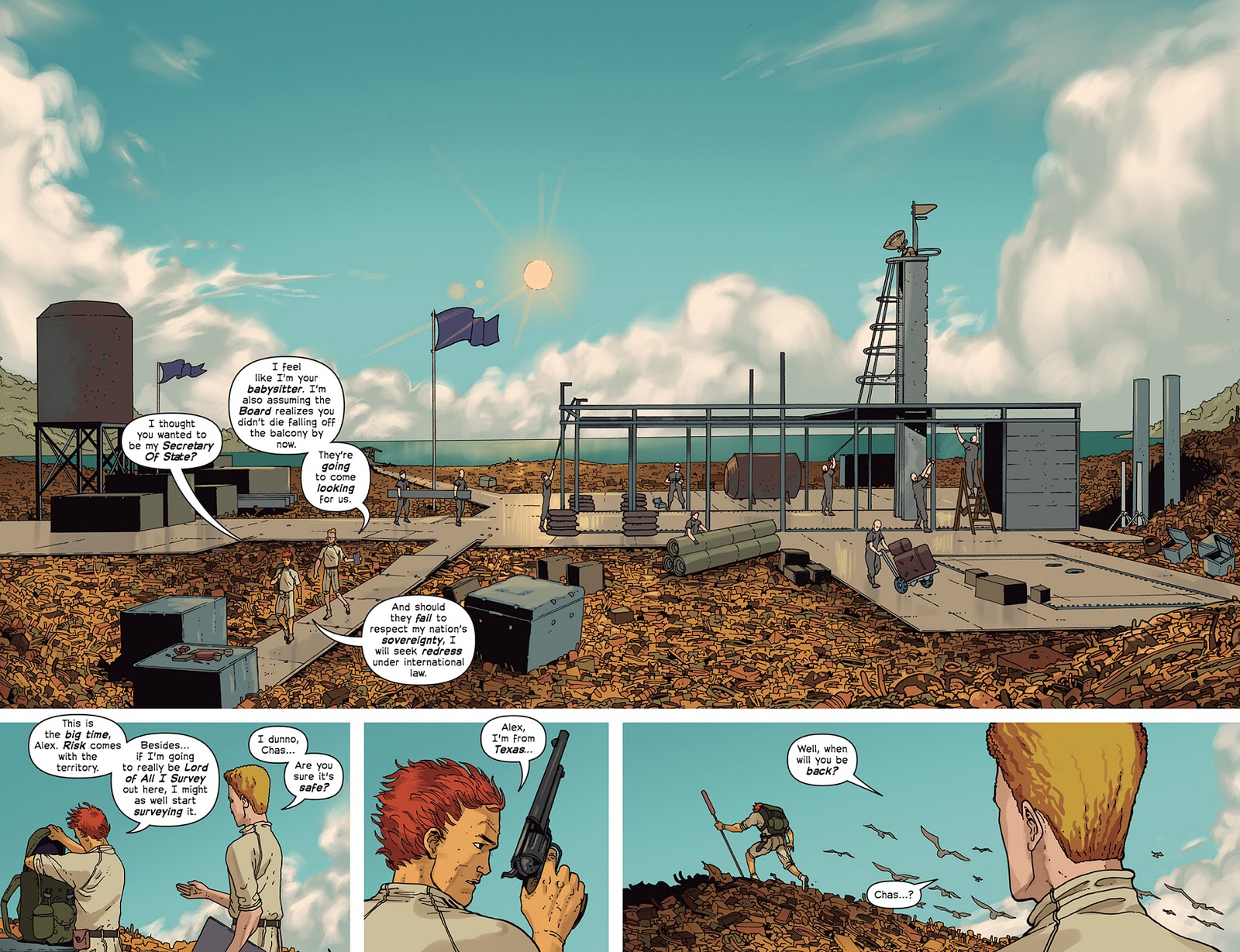 Chas Worthington is a guy out step with his family business. Heir to a vast fortune, he’s more concerned with the manner in which oil production scars the planet. Company directors indulge him with the funds to develop a system for breaking down oil by-products into sludge that it then transforms into water. When there’s no interest at board level in pursuing the technology further, Worthington takes matters into his own hands.

At this point Joe Harris introduces the real world element of a giant island of waste product that’s been washed out to sea. The accumulation of marine pollution is known as Great Pacific Vortex, and consists largely of plastic product. Worthington sets up here intending to found a nation.

It takes a particularly patient artist willing to illustrate thousands of items of debris per page, and that’s Martín Morazzo. His floating trash heap is utterly convincing, his people sometimes less so. Is Worthington’s companion Alex meant to resemble Beavis?

Harris sets up the initial premise confidently, but then narrative creep manifests. For a deserted island described as bigger than Texas an awful lot of folk drop by at the one spot, and it’s individual groups rather than simultaneously, the new never arriving until the old have departed. By the third time this occurs in the book a plot deficiency is screaming out, and further minor holes reveal themselves without too much consideration. Anyone not bothered by this will discover a scenario with intriguing elements, not least the island’s protector and Worthington’s relationship to it. Overall, though, with Trashed, Great Pacific stalls at the promising stage rather than progressing to accomplished. Volume two, Nation Building is a step forward. 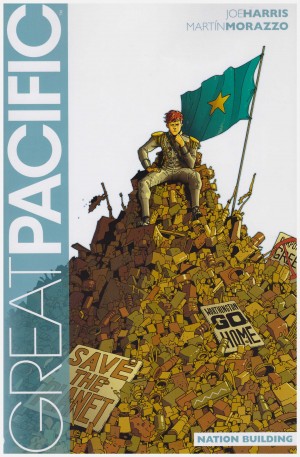 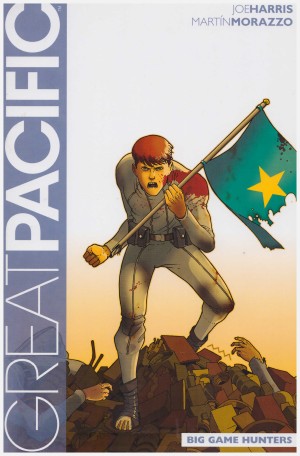