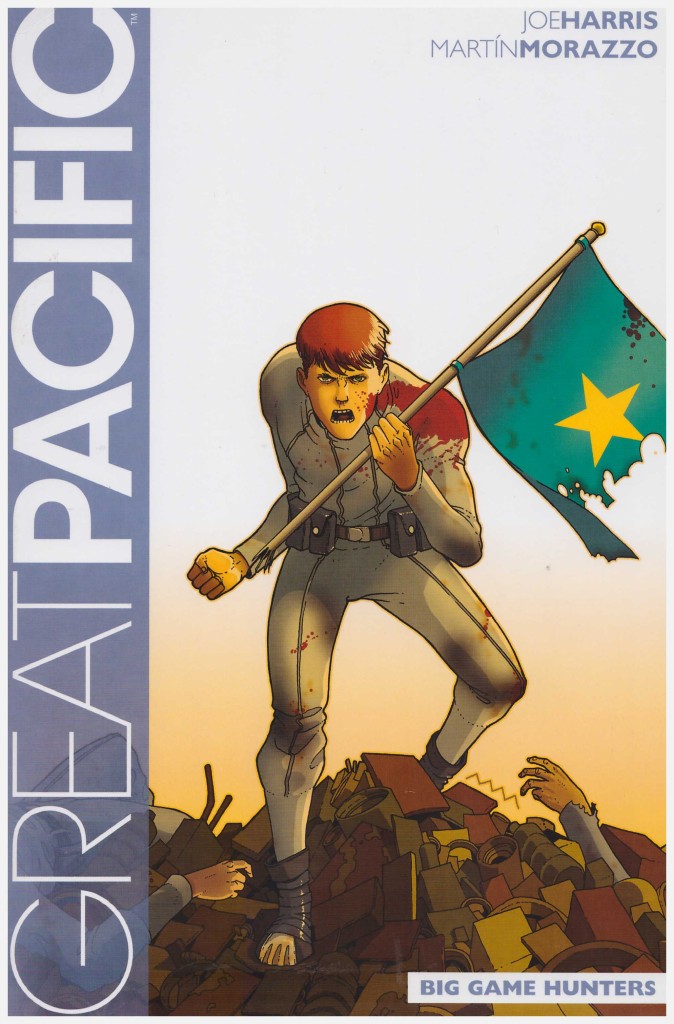 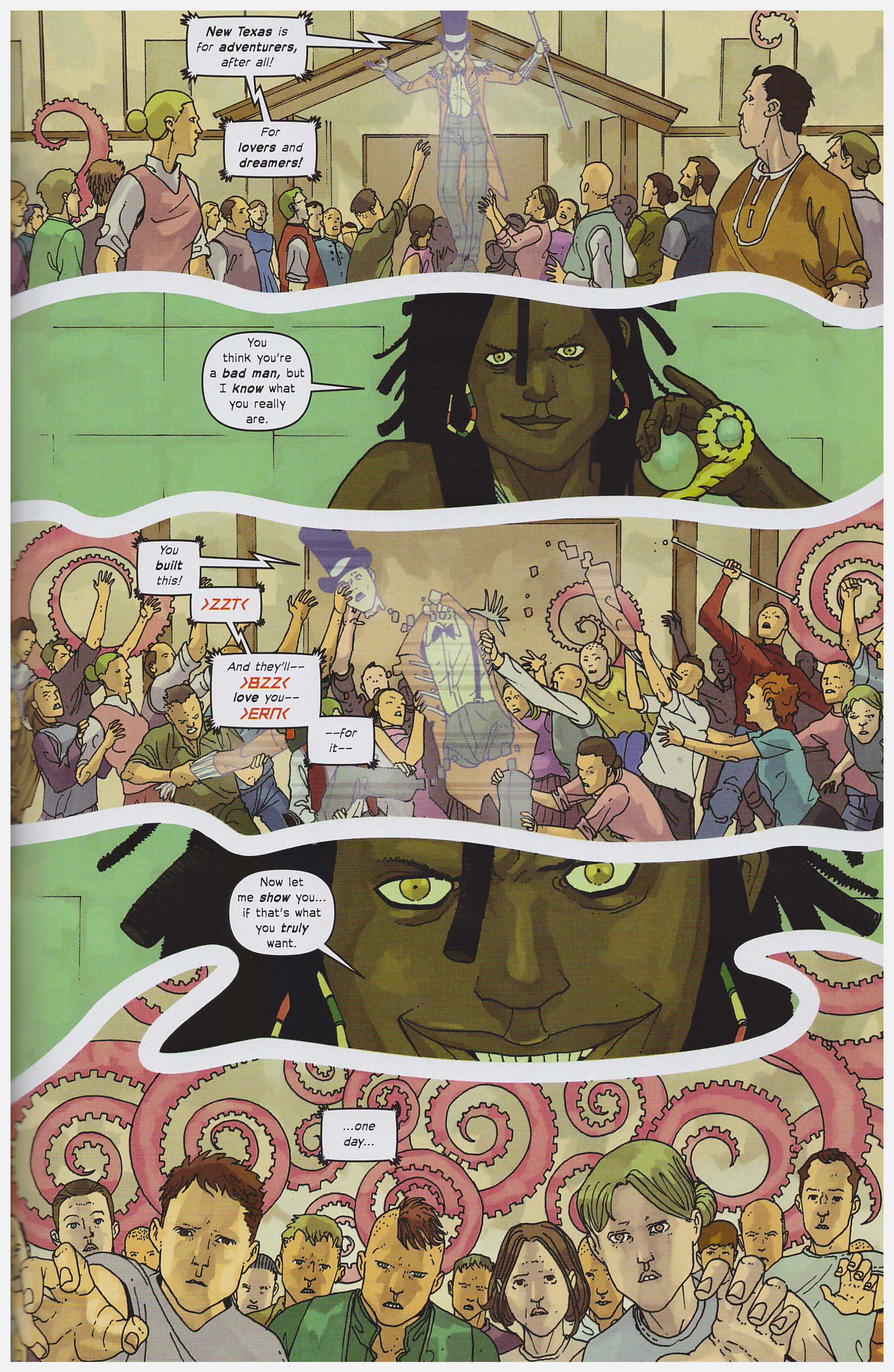 It’s a crying shame that this concludes Great Pacific. It started with a good idea in Trashed, and has improved with every collection. It’s to be presumed that a lack of sales is the villain, as while there’s a definitive ending, on the basis of the evidence before us Joe Harris wasn’t running out of plots.

Wherever you thought the story of this island state founded on a coagulation of marine garbage was heading, you surely won’t have considered an invitation from an intergalactic federation to be top of the agenda. This isn’t the sole unexpected visitor Chas Worthington has to deal with, and the next one is far deadlier. Mercenary and hunter Baston Duvalier is a merciless brute of a man concealed behind a cloak of personal honour. He has a definite agenda, and an unexpected connection with someone already on New Texas.

While able to see off international invasion, perhaps a smaller task force might be more successful. Before that, though, there’s a glimpse into the problems afflicting areas of all big cities now manifesting, and Chas has no better answer to the scourge of addiction than anyone else.

Martín Morazzo’s art is evolving, but there are few mis-steps along the way. The pinched faces are interesting and serviceable, but some characters seem to be on stilts, and the preference for geometric shapes leaves people looking angular and deformed. There’s certainly no beauty in evidence.

The story providing the collection’s title moves Great Pacific from diplomatic manoeuvring into action thriller territory, and Harris supplies all the associated tension. Some individual surprises within the action may be more predictable than Harris assumed, but the general direction certainly isn’t. If there is a weakness, it’s that this collection doesn’t stand alone. To have a full understanding of what occurs you’ll have to have read the previous two books as there are no concessions, and as the plot eventually hinges on one element revealed in them, that’s a large omission.

As a failed series Great Pacific can surely be picked up for very little indeed, and it certainly repays that. It’ll be interesting to see how Harris and Morazzo progress.