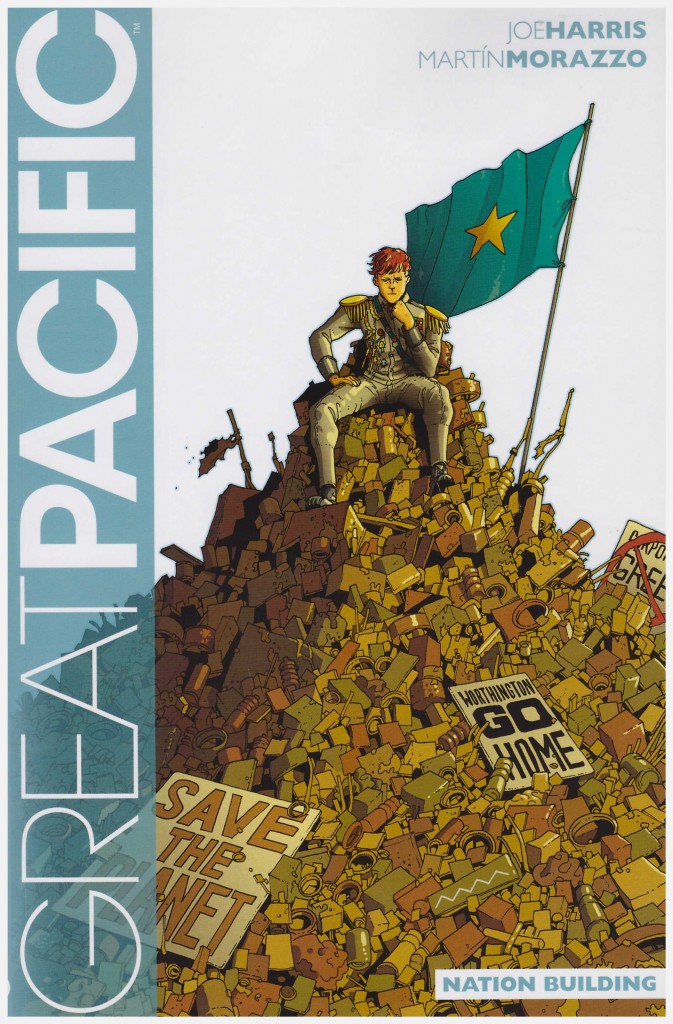 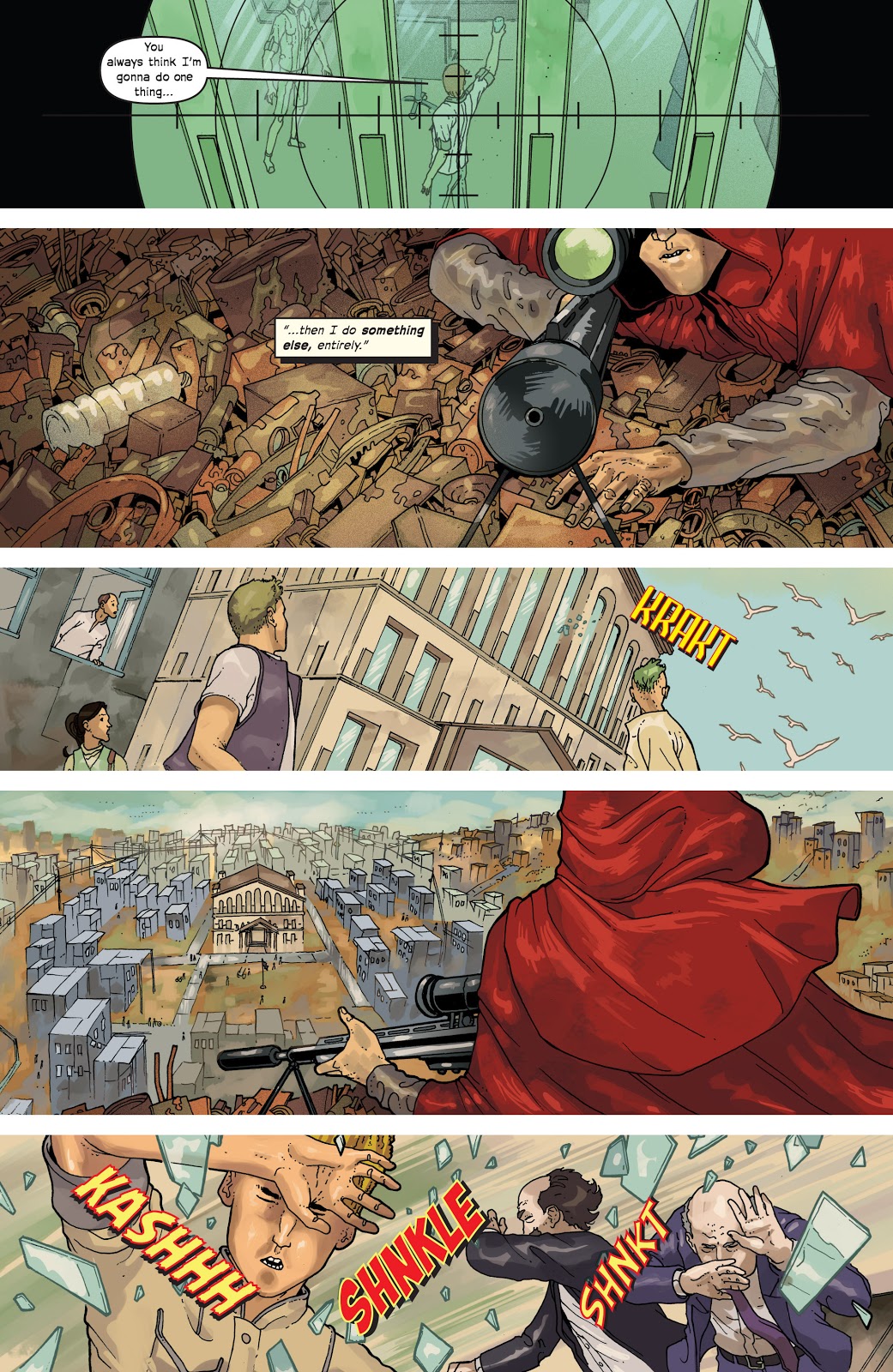 Trashed set up an intriguing scenario of the wealthy young Chas Worthington laying claim to the massive floating island of largely plastic detritus in the Pacific Ocean. He’d devised technology able to transform the plastic into oil-based slush, and from there into water. It was a flawed piece with many promising aspects.

Nation Building moves events forward eighteen months. New Texas now has a population in the hundreds, an infrastructure and an agreement with the USA regarding plastic recycling that prevents recurrences of battleships turning up. Not everyone is happy, though, and as Worthington plans acceptance as an independent nation he’s also become a target for assassination. Other problems include the type of people he has to deal with in order to support his bid for statehood, and the mysterious disturbances beneath the plastic surface of New Texas.

Writer Joe Harris delivers a much improved experience. Worthington’s previous youthful confidence has now progressed to arrogance, which may have always been the intention, and coupled with the visionary aspects of his character, Robert Downey Jr’s film portrayal of Tony Stark comes to mind. The series has progressed from a few good ideas to many of them, starting with the holographic greeting for newcomers in the opening pages.

The seedier side of pragmatism required to espouse virtue in New Texas is also explored. Some business practices appear little different to those of the Worthington family company, then there’s the type of people a putative new state is forced to engage with for support, and how far Worthington is willing to deceive his own followers. With such progress overall it’s disappointing that there’s a major wrong-footed development of French resident Zoe, introduced in the previous volume, but here given a characterisation appearing to have little foundation beyond exploitative titillation.

Artist Martín Morazzo’s people are still occasionally problematical and particularly static, but his infrastructure and backgrounds have a veracity that compensate.

If Great Pacific continues the rate of improvement in Big Game Hunters it‘ll be a contender.