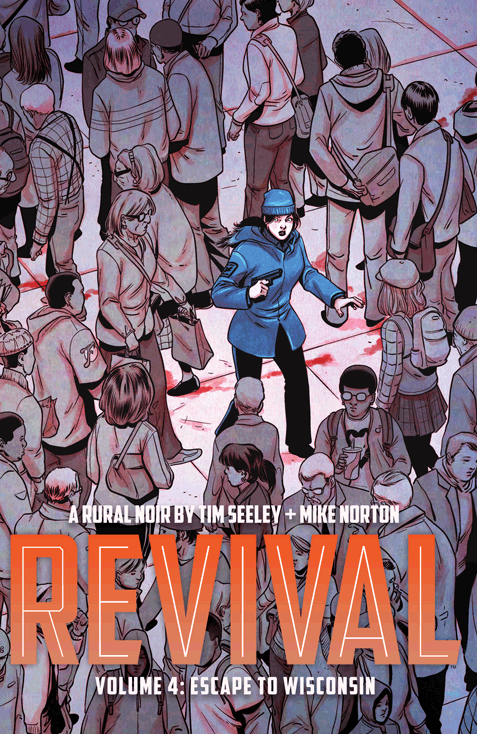 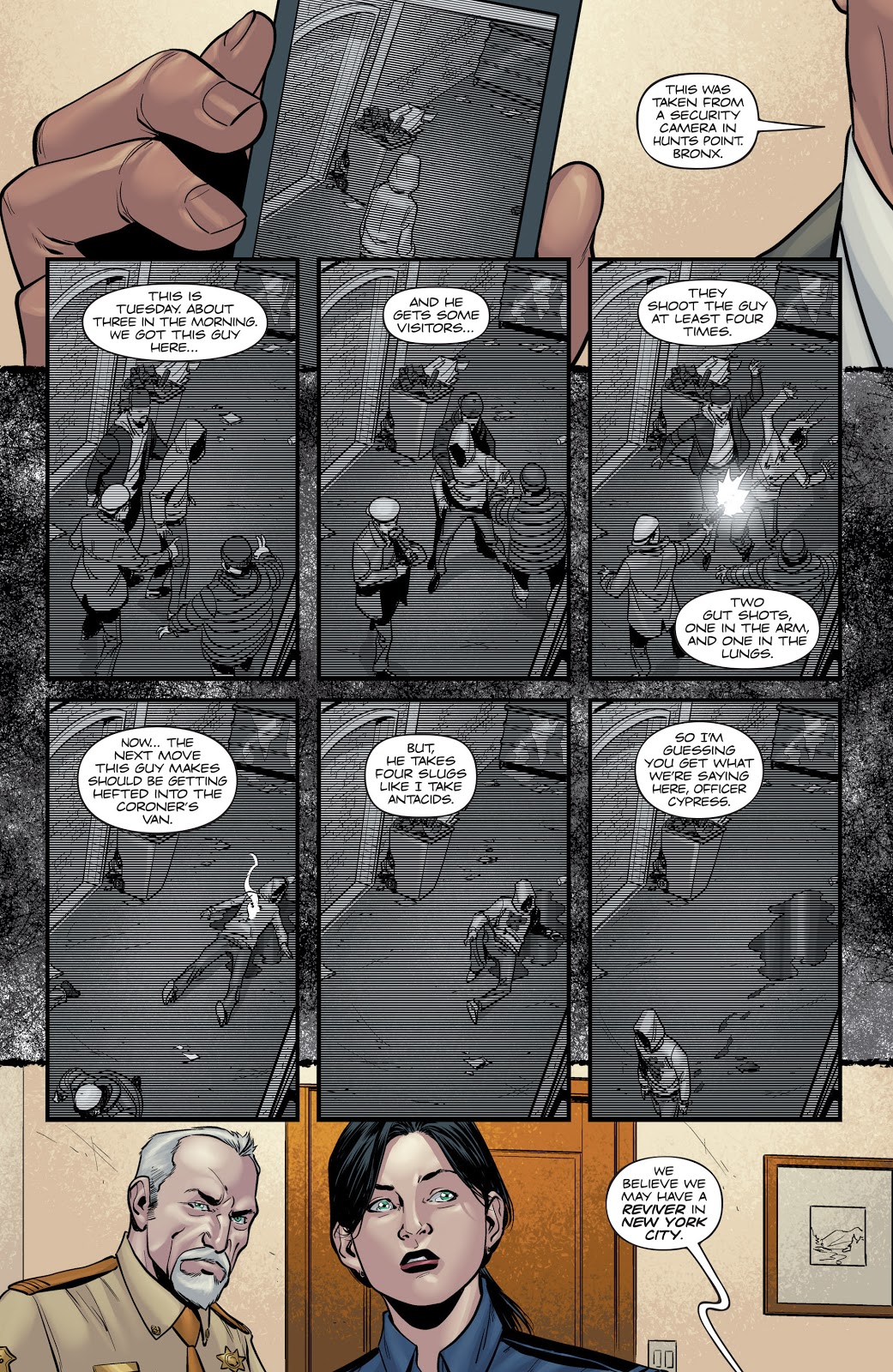 After the traumatic experience of A Faraway Place there’s an uncertainty among many cast members, and that’s rather brutally hammered home for Officer Dana Cypress during a chilling conversation with her son Cooper to conclude the opening chapter here.

In the previous book Sheriff Cypress’ polite request that Ed Holt tone down his libertarian tendencies while Wausau was under the spotlight met with a resoundingly antagonistic response. It’s a matter the Sheriff has taken personally, and adding to his problems is the secret his old buddy the Mayor shares with him. That’s his old buddy who considers a favour is due. And Mr Holt, by the way, has a seriously odd past revealed here.

As previously, the returned dead continue to mix with the living in Wausau, largely to no detrimental effect, although some resent the quarantine more than others. The first half of Escape to Wisconsin spins the spotlight among the inhabitants in a wide circle, so much so that it begins to appear that Tim Seeley has no central thread to this arc. This isn’t the case, and Dana being dispatched to New York to hunt down what appears to be a Wausau escapee delivers the greatest horror in this book: someone who revels in what they are with no conscience.

Mike Norton’s naturalistic art continues to impress, and without knowing whether he or Seeley breaks the story down it’s difficult to apportion credit for the consistently clever segues within. An early example here is the switch from video footage being viewed by one character morphing into TV footage being watched by another as the page turns. Another, more in Seeley’s department, sees an ancient native American legend juxtaposed with Em’s growing relationship. It’s such little delights that maintain the freshness of Revival.

This book is also available as part of the hardback collection Revival Deluxe Collection volume two, and the series continues in Gathering of Waters.