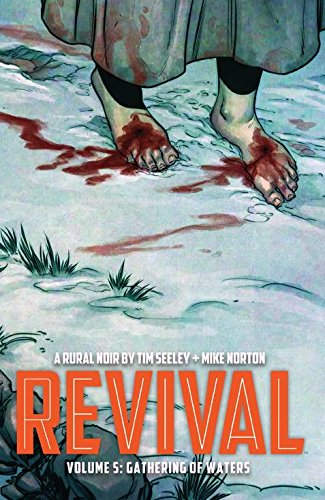 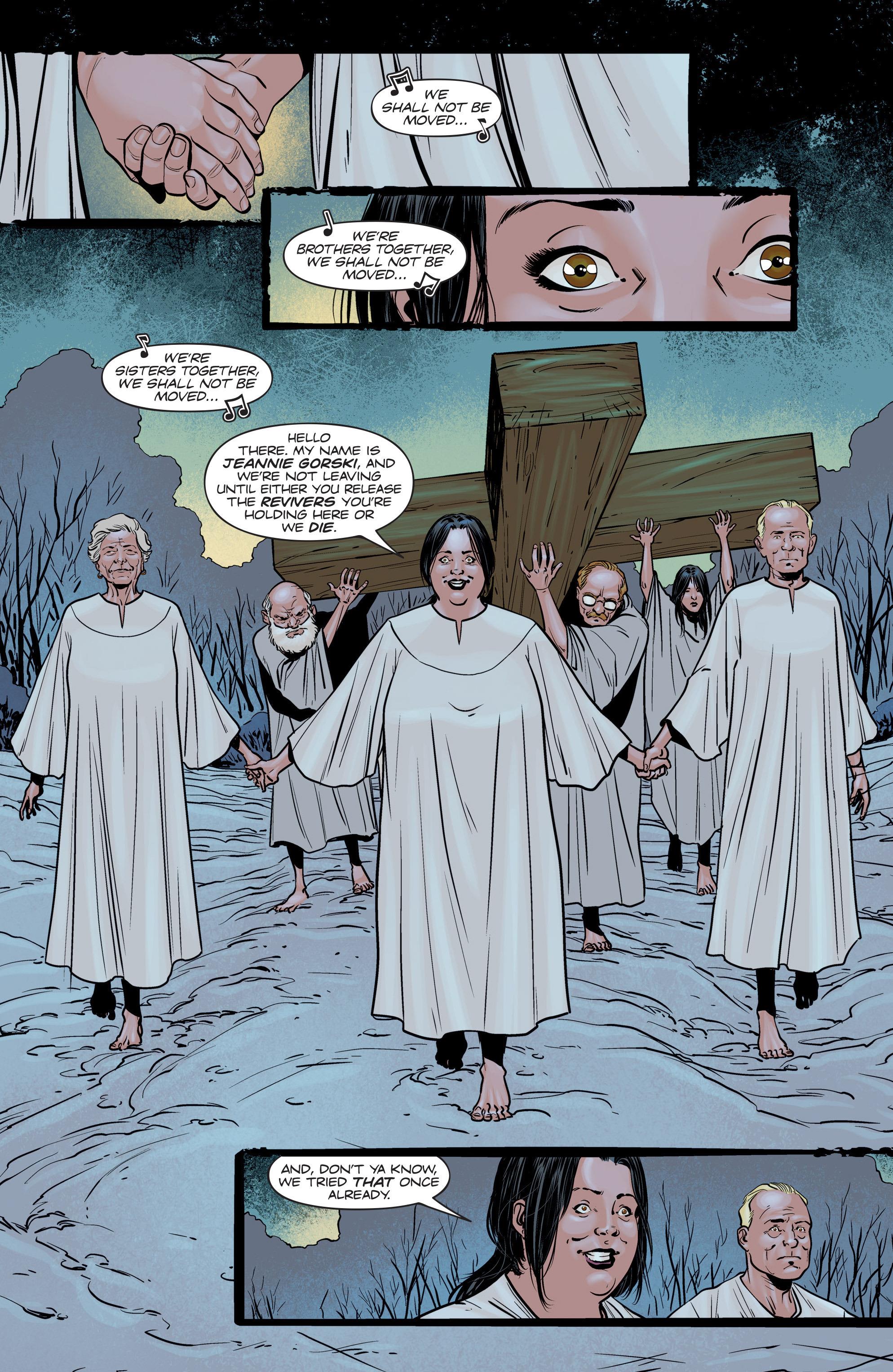 Unlikely though it is, it could be Gathering of Waters is the first Revival book someone picks up, and Tim Seeley’s introductory pages work on so many levels. They underline the series theme of the dead returning to life, echo a meaning of the main title, introduce the meaning of the subtitle, and deliver a few exciting pages of drama. Job exceedingly well done.

Yes, the dead are continuing to return to life in Wausau, and despite the quarantine and exclusion zone people are still being smuggled in, with the latest belief being that drinking the local river water will have a beneficial effect. Part of the rationale is biblical, echoed by the cover, which adds to the layers of ethical complexity surrounding those returned from the dead. A religious group have begun picketing the internment camp holding the more damaged of the returned. There’s a further complication in that the existence of this camp has been kept secret from some of the town’s more influential people, including the Sheriff.

In comparison with previous volumes Gathering of Waters is a bite-size experience. So many plot threads and characters have now been introduced, and the pot is kept boiling. This isn’t necessarily a bad thing. Starting with officer Dana Cypress, Seeley has invested considerable time in ensuring we care about some of the cast and are curious about others, so their interludes are nearly all welcome even if overall plot progression is glacial. Just when it appears that Revival has become a soap opera, though, two bigger plots kick in. One is via an extremely unlikely combination of characters, the other via an equally unforeseen alliance.

Mike Norton’s art is impressive throughout, but that’s now par for the course, so it’s perhaps worth highlighting how good he is with the emotional content. Dana Cypress has a fractious relationship with her sometimes overbearing father. He’s well-meaning, though, and midway through the book there’s a heart to heart following a traumatic experience for Dana that delivers another punch to the gut. She maintains a brave face, well characterised by Norton, until the door is closed, at which point everything gushes out.

And gushing out is an apt metaphor for other aspects of the plot. There is one particular instance where in terms of real time a scene is protracted beyond any credibility, but it’s a minor pacing convenience serving a bigger dramatic purpose.

Unlike the previous Escape to Wisconsin, the ground has shifted by the end of the book, and there are several characters we’re not going to be seeing in Thy Loyal Sons & Daughters. Unless they’re revivers of course. This is collected along with the following book as volume three of Revival Deluxe Edition. 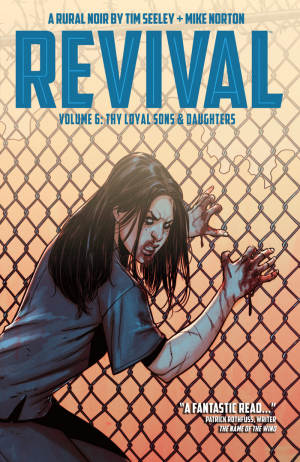 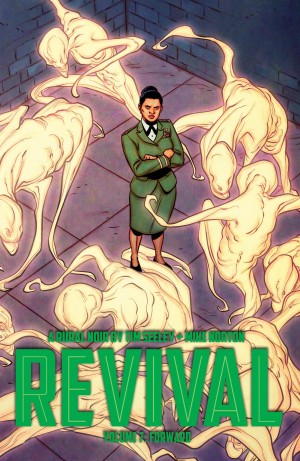 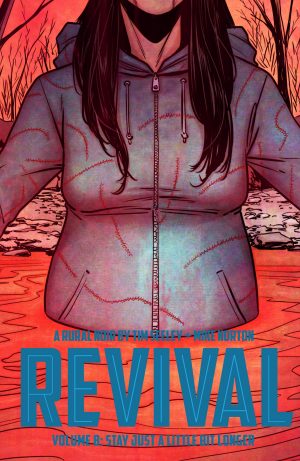