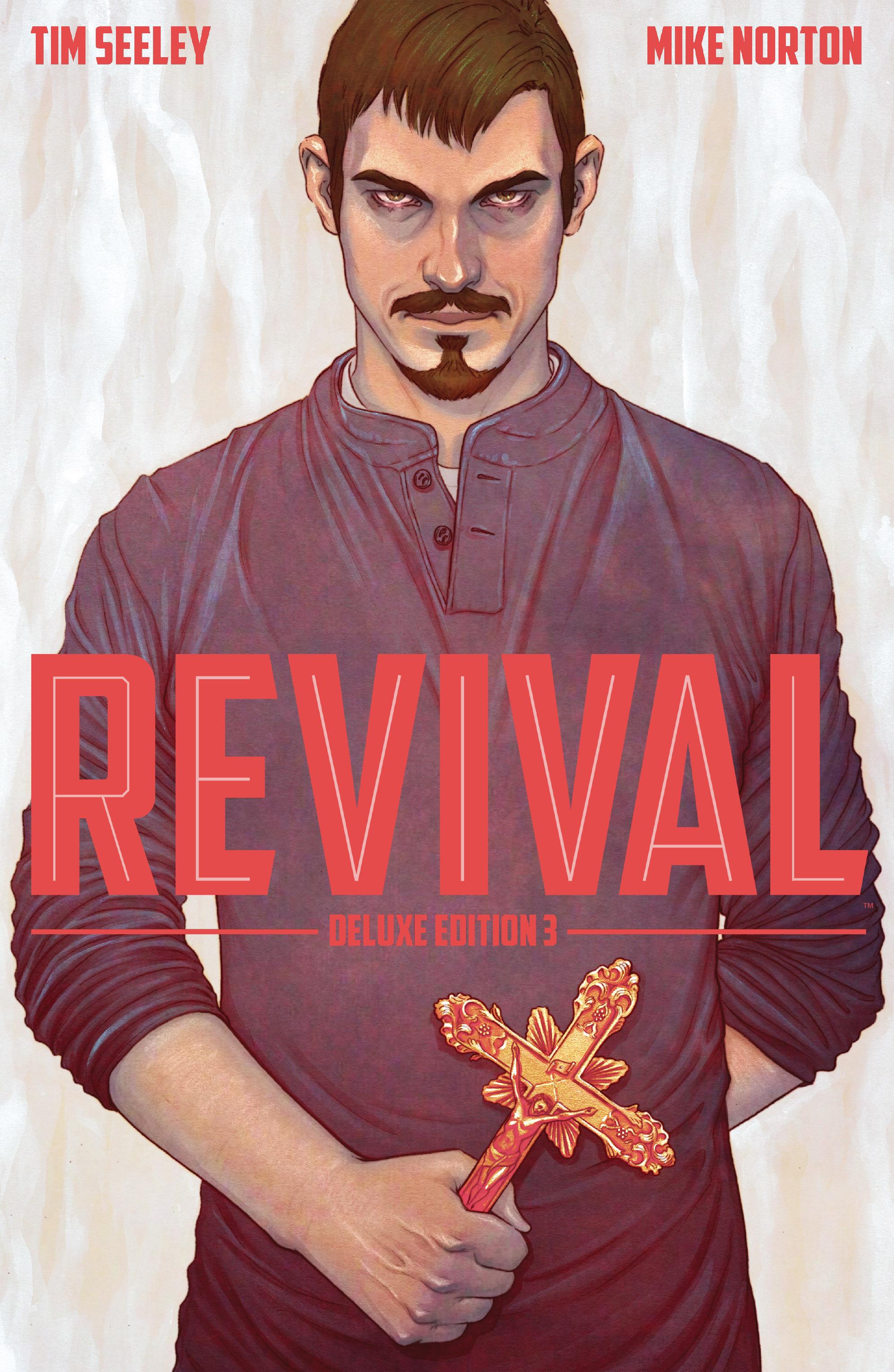 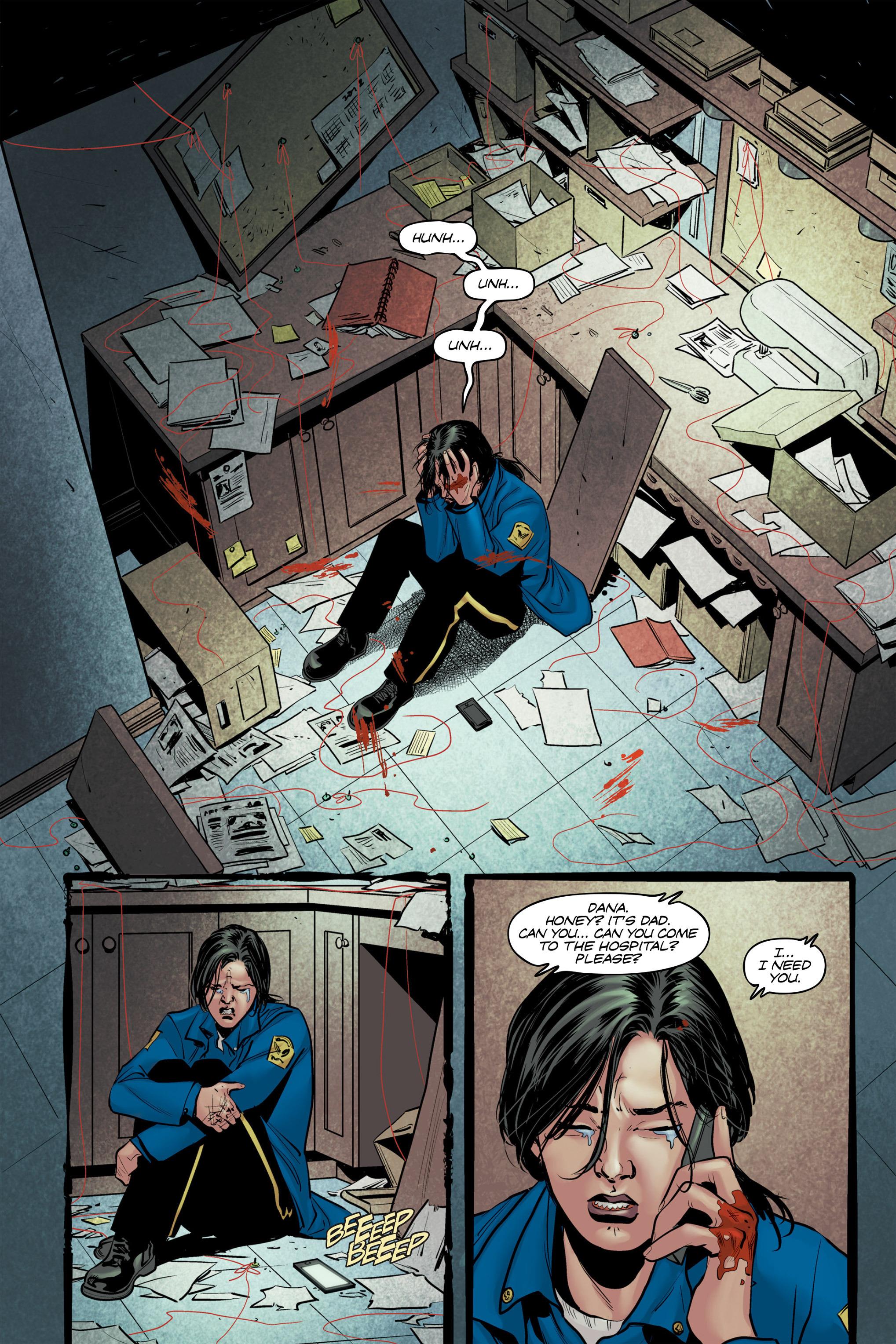 Events move at a rapid clip through this third deluxe collection, and by the conclusion several characters we’ve been following since the start are no longer a concern, and others are in a very different place. Enigmatic enough? Well, you don’t want all the surprises ruined, do you?

Gathering of Waters and Thy Loyal Sons & Daughters are combined in this collection continuing to spotlight the town of Wausau, where a very localised phenomenon has seen the dead return to life, not as zombies, but in full possession of their faculties (assuming they were on dying). Tim Seeley’s been increasingly looking at the social implications, how ordinary people react to this phenomenon, and in some cases turn against those they’ve known for years. Containment, later in the form of incarceration, and religious beliefs are issues running throughout this graphic novel, which opens with people who’ve avoided the quarantine zone in the belief that the waters of Wausau can bestow immortality. Later chapters look at the other side of the coin, spotlighting a militia who consider the revivers signify the imminent arrival of devils on Earth.

Not all revivers have been returned in good condition. They’re essentially as they were at the moment of death, so a prominent character who was drowned passes for normal, whereas the elderly have unpleasant age-associated conditions. Those whose deaths have been more horrifying still bear the scars. What’s not been revealed, even to the town sheriff, is an internment camp housing the more disturbed. He only discovers the truth when religious fundamentalists begin picketing the facility. Events escalate from there, and the result is a new order imposed on the town, and more overt containment.

Revival wouldn’t work nearly as well without an artist attuned to the emotional needs of the content. Mike Norton’s approach can seem plain, but it’s deceptive, with excellent storytelling the prime consideration. If there’s a lead character within the spreading ensemble it’s Dana Cypress, police officer, and Norton’s portrayal of her gradual emotional descent is superb. The script requires her to hold it together in extraordinarily difficult circumstances, have several heart to hearts, a drop back to the past, and a final purge of conflicted rage (see sample page) and Norton brilliantly delivers the lot without ever over-stating.

Seeley’s dramatic pacing is finely ingrained, leisurely build-ups increasing tension that erupts into character-based explosions. Those invested in the more prominent cast members are likely to be pleased at the way this book unfolds, so it’s another fine month in Wausau.

Three volumes in, you’ll have decided whether cost or luxury is an issue. The benefits over the standard paperback editions are the larger size and hard covers. The bonuses are some cosplay photos and an issue script, neither of which are likely to be deal clinchers. 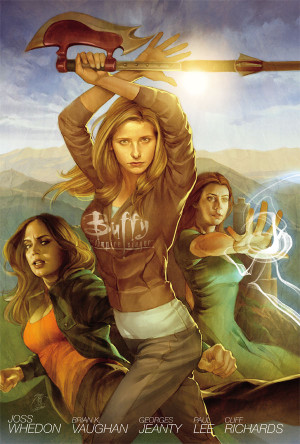