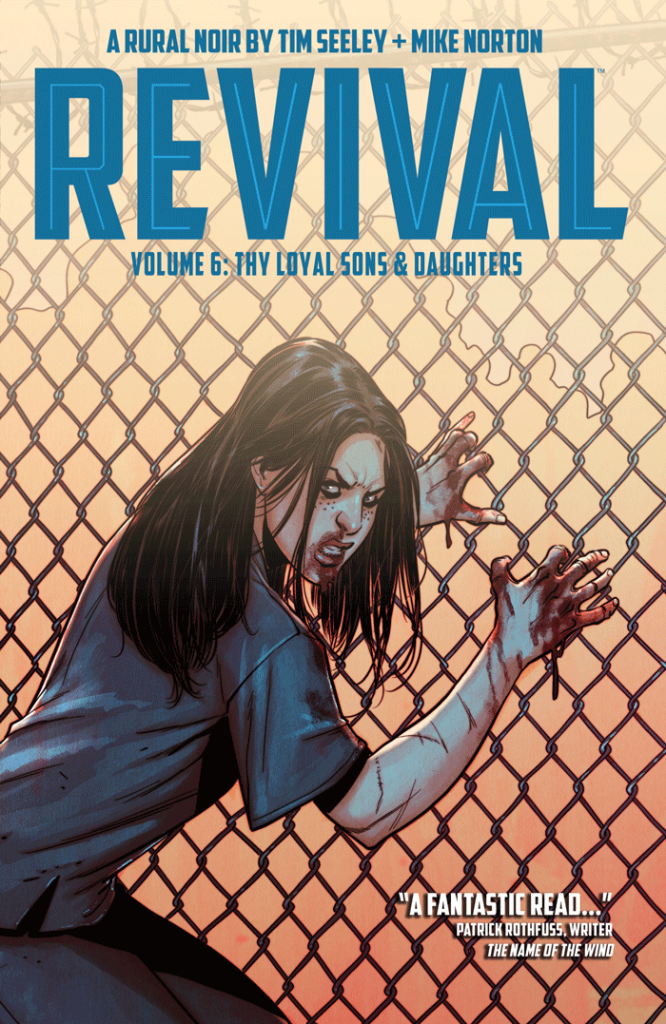 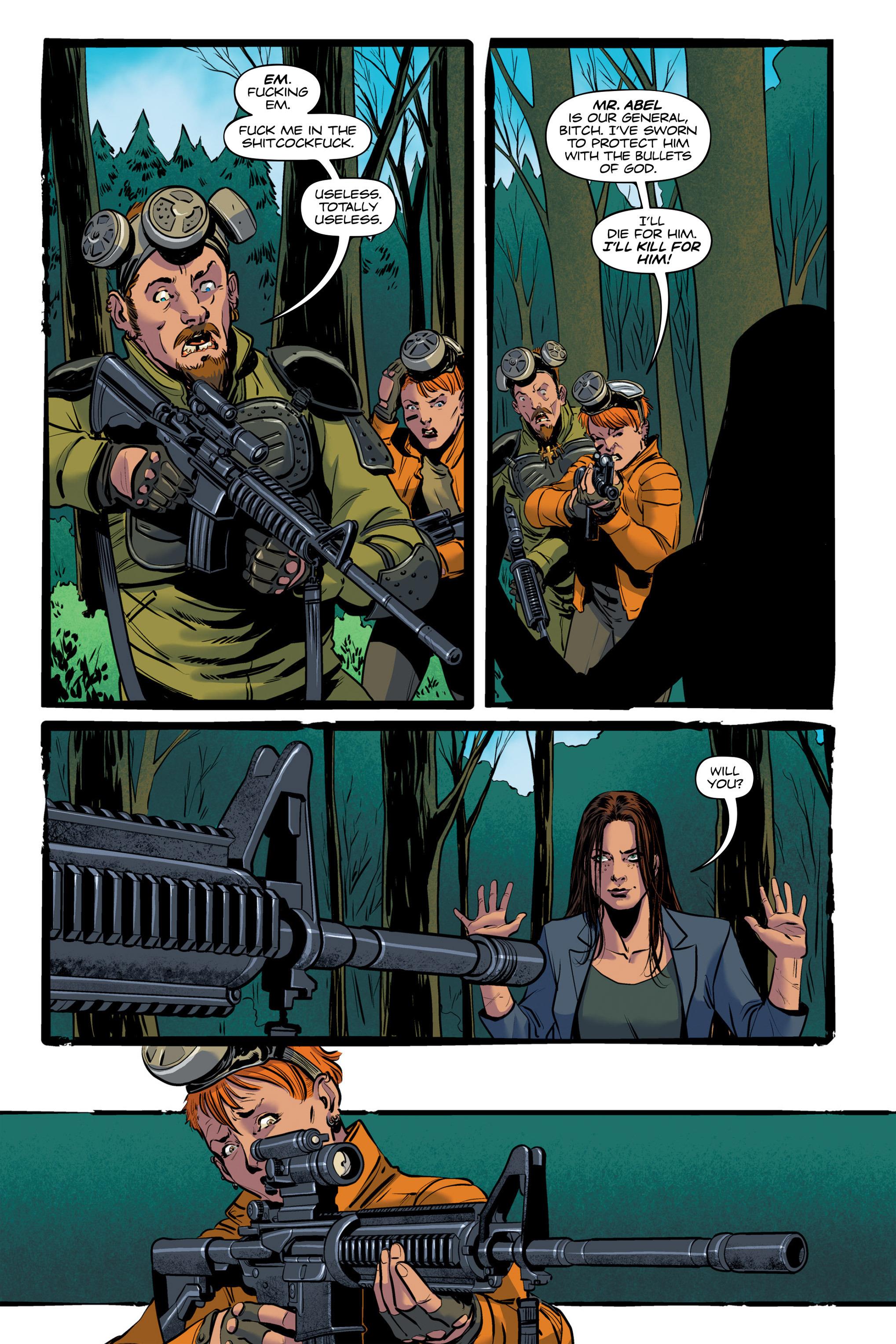 It looks to be the case based on the ending of Gathering of Waters, that several cast members we’ve been following since the opening volume are no longer going to be any concern to us. Of course, what’s bought the town of Wausau to national attention is that the dead have been returning to life. This is not as zombies, but with their faculties intact, yet although up until now they’ve remained free in the community, the process of transferring every reviver to a containment facility is underway as a means of lifting Wausau’s quarantine. Needless to say, this internment is a controversial policy, and in addition to that a couple of cast members have found a new purpose in desperate times.

For some this is with a militia with far-right Christian leanings founded on the returned dead being the harbingers of an invasion by demons and the devil. They’ve an extensive network of tunnels in the woods around Wausau, and the town’s newly appointed stand-in mayor wants them closed down. The way in which the story proceeds from there exemplifies how good Tim Seeley is with dragging us in one direction when we should in fact be focussing elsewhere.

The Cypress family is again central to proceedings, although it might not seem that way from the start, with Em having a vested interest in someone associated with the militia. There’s a dispute between sisters and Seeley includes a brief interlude from the past involving them. It serves as both an extension of tension and a reminder that Dana is the older sister, which plays into the current situation. That’s then brilliantly cranked up to seat squirming levels. By the end of the book Em, the most complex cast member, has moved back into the spotlight.

There’s something of the way Steve Dillon drew Preacher about Mike Norton’s art. On the surface it’s simple, but the storytelling’s excellent and he’s great at sneaking in some incidental detail only apparent on close study or second read through. Occasionally, though, he’ll really let loose with a page or two. In the final chapter here there’s a fantastic sequence of Dana in her office in which all the stops are pulled out.

The spirit creatures seen around Wausau since the revival were explained in A Faraway Place, and Seeley now adds a new twist to their status as wandering souls. The authorities have isolated the phenomenon and in one of the book’s most disturbing sequences (and there are several), they begin experimenting with them.

Revival has maintained a dramatic consistency from the very beginning, and anyone who’s followed the series this far isn’t going to be disappointed with Thy Loyal Sons and Daughters. It’s also available with the preceding Gathering of Waters in the third deluxe volume of Revival, and the series continues into Forward.