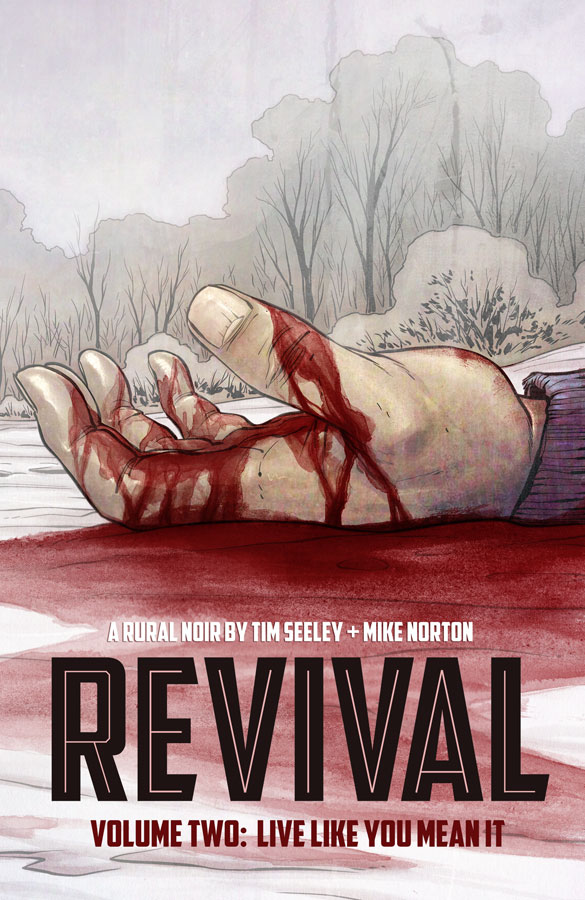 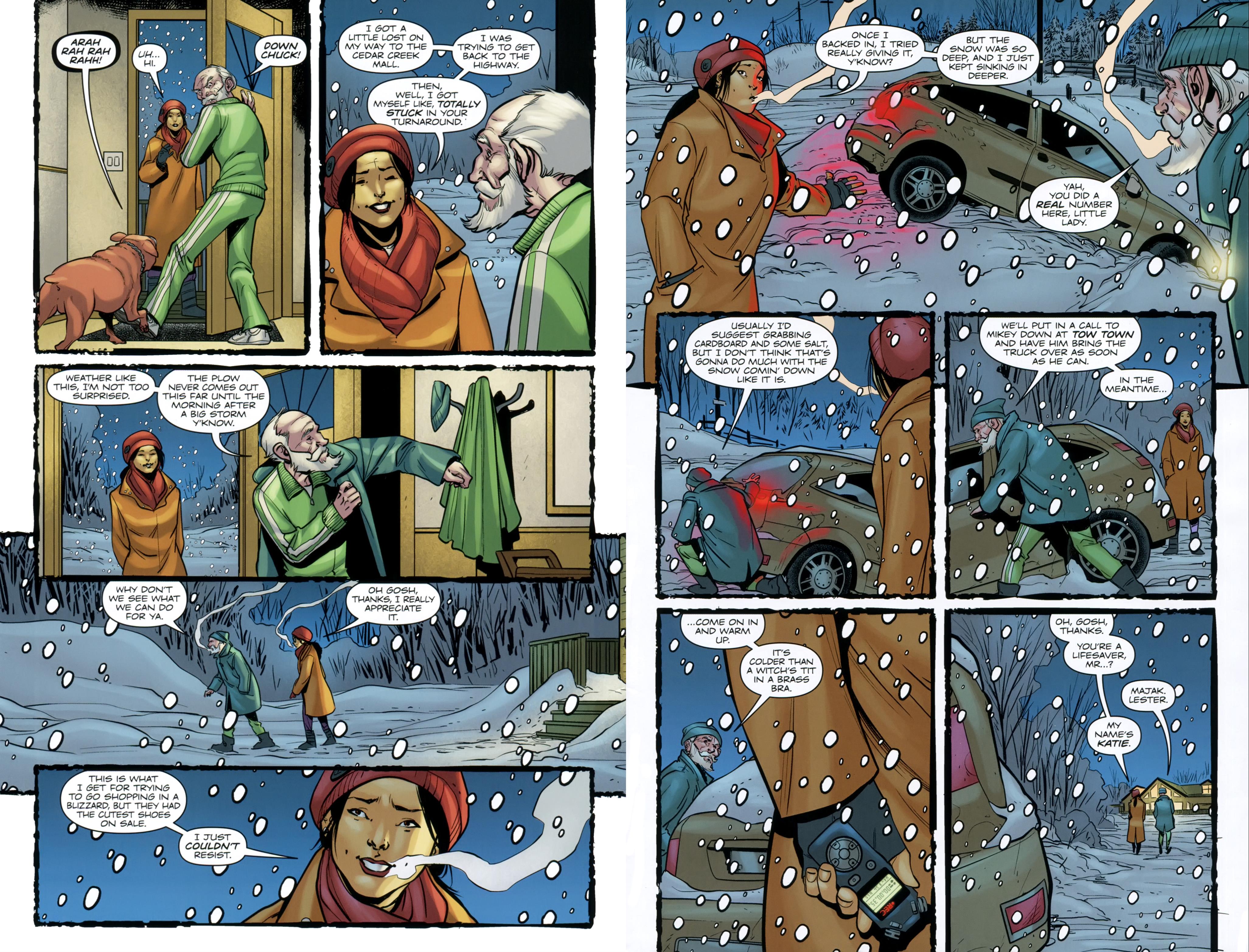 The opening volume of Revival introduced Wausau, Wisconsin, a small town where there’s been a localised phenomenon whereby people are returning from the dead. This is as the people they were before they died, not zombies, and they’re reintegrated into civilian life. It also appears that this is not a one-off occurrence. Those that have died once and returned can repeat the feat, but only a select few have been revived.

Live Like You Mean It moves the spotlight ever so slightly to the world beyond the town. A right-wing radio broadcaster Clyde Birch turns up to complicate matters, and a market has developed for organs of the dead in the belief they can affect those outside the town.

An early revelation is who’s been blackmailing local reporter Jamie Hettinga and her step-brother, but as in You’re Among Friends this is less about the whys and wherefores of the dead returning, but how the tensions they create affect a community. Pretty well everyone has a secret of some sort, and there’s a veritable parade of them revealed here.

The naturalistic portrayal of Wausau’s inhabitants, alive or returned, by artist Mike Norton is continually impressive. He’s created a cast that can be distinguished, yet family relationships are still apparent, and this far more than just a limited artist continually repeating the same face. Those who aren’t Anglo-Saxon Americans are sensitively portrayed, and Tim Seeley throws in his own take on cultural misunderstandings with a character searching for a dropped sugar cube mistakenly believed to be at prayer.

Seeley continues to introduce fascinating Wausau citizens, and while there’s a feeling that limited space will eventually ensure some are sidelined, that’s not occurred here. There are the good old boys turning a buck, the un-recalcitrant bigot, and Wausau’s mayor, who didn’t achieve the position without knowing what to spread.

The previously introduced characters are all present, with the focus moving away a little from officer Dana Cypress. There is still an excellently delivered and revelatory conversation between her and her revived sister Em spilling over into family tension, and their father, the Sheriff has more than enough problems.

Seeley and Morgan have set up a TV ensemble show in comic form, with compelling characters, diverse plots, and just enough strangeness to hook those who’d not otherwise lower themselves to character-based drama. It’s all very proficient, and the next dose can be found in A Faraway Place. This is also collected with the opening volume in the hardcover Revival Deluxe Collection 1.