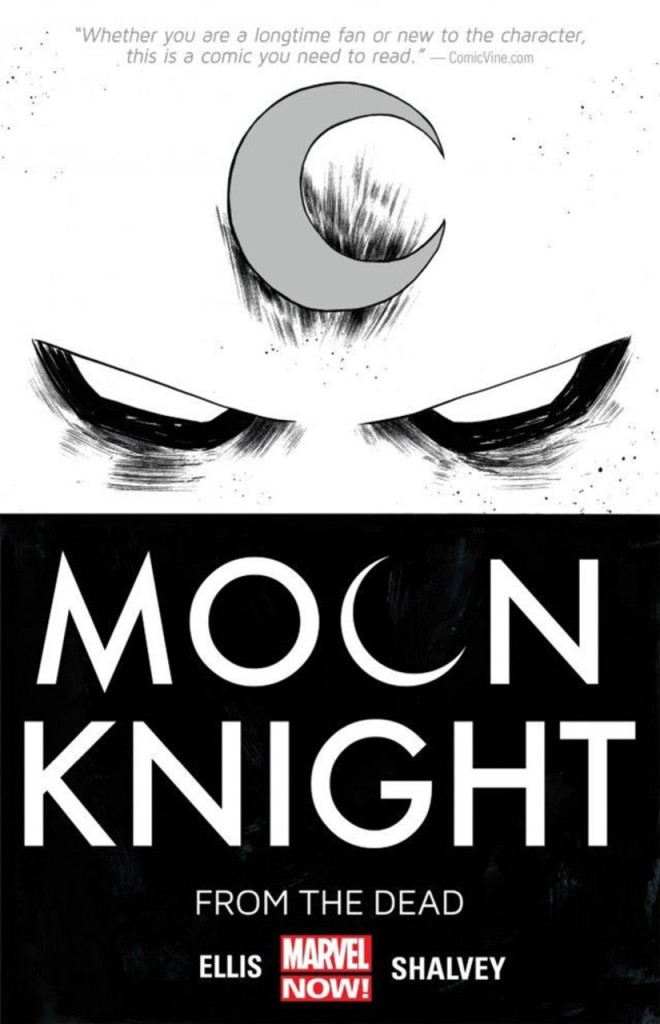 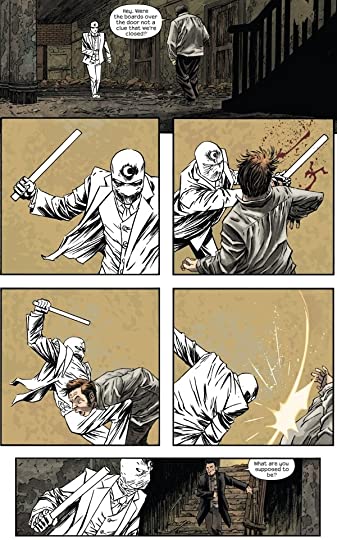 This first volume of a re-launched Moon Knight is another new start for a character with a convoluted forty-year history, during which his powers, background and supporting cast have changed over and over again. While this isn’t a reboot in that he still has a past, it’s a perfect stand-alone jumping on point. Marc Spector is Moon Knight, a superhero who has recently returned to New York, a mercenary who died in Egypt and was brought back from the dead by the Egyptian God Khonshu to protect people who travel at night.

This mystical origin is something that could be clumsily handled, but writer Warren Ellis is in comfortable territory when taking the kind of weird concepts that litter comics history and grounding them against a core of black humour, emotional depth and sociocultural commentary.

The structure is similar to Planetary – each of the six collected issues is an individual story, with only the first and last in the collection having a strong sense of continuity, forming bookends to Ellis’ one-volume run. The stories collected range from okay – with the anticlimactic ‘Box’ – to great, with the horrifying ‘Sleep’ and visually intriguing ‘Sniper’. From The Dead’s stories are street level, and tend towards the horror or thriller genres rather than classic superhero action. Ellis strikes the right balance between the character’s potential for mysticism and the low-key, emotionally grounded stories that fit well in a single chapter. This stops Moon Knight spiralling into the kind of high-power but meaningless abstract story that can occur when you have too many characters shooting laser beams at each other in space.

The art is great as well. It’s recognisably a classic modern comic style while still experimenting. Declan Shalvey delivers an expressive Moon Knight despite him literally wearing a bag over his head, and his panel layouts and distinct character designs are what elevate ‘Sniper’ from good to great. Meanwhile, colourist Jordie Bellaire ensures Moon Knight carries an otherworldly feel by keeping him in pure white, and cross-hatched rather than shaded, making him stand out amongst the otherwise realistically-shaded world. He also shows an excellent eye for colour choice, particularly in the more magical scenes, such as the lurid dreamscape depicted in ‘Sleep’.

Overall, From The Dead is a worthwhile purchase for fans of Ellis, or for new fans looking to dip their toes into either his work or the darkly mystical side of superhero comics. The worst thing that can be said about it is that there was only one volume before it was handed over to a new creative team. Every story has merit, but being only a single volume of standalone material requires it to remain small, and so it doesn’t reach the emotional crescendo of Ellis’ longer runs. This series continues without him in Dead Will Rise.