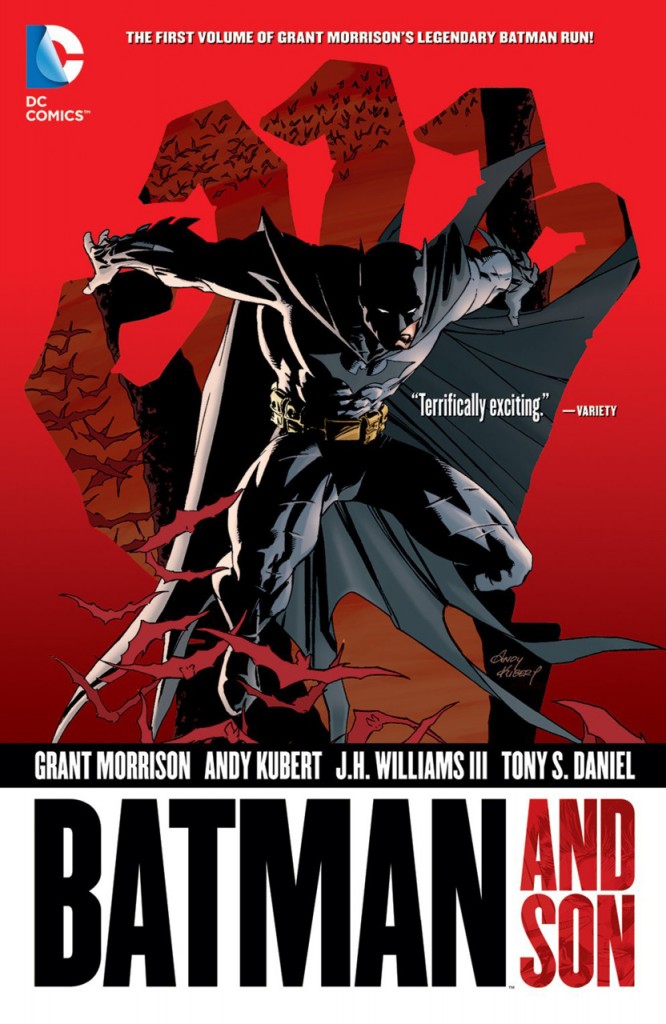 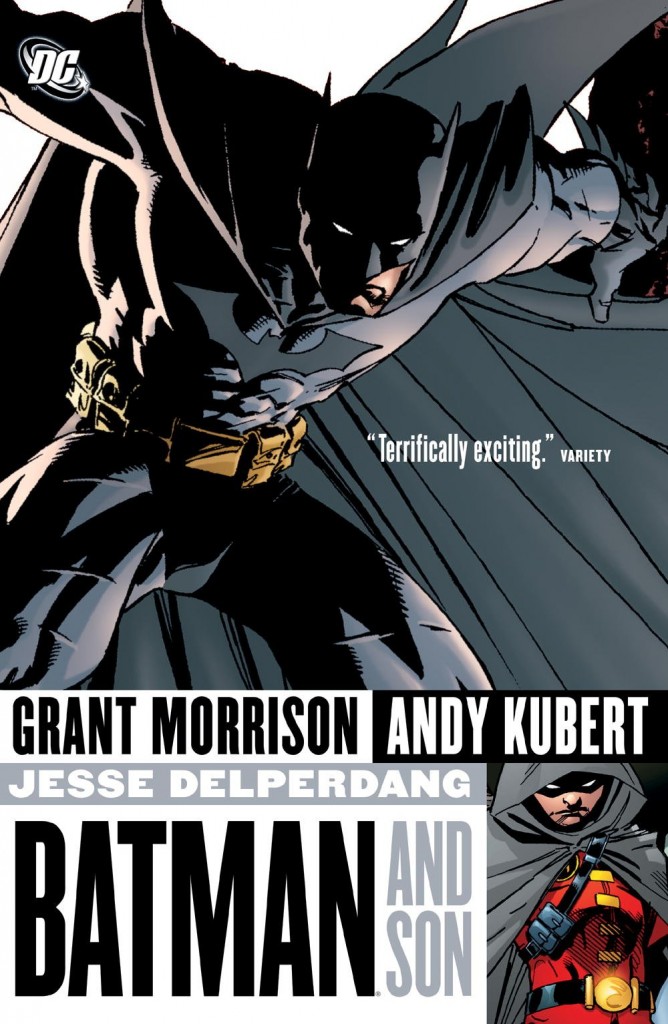 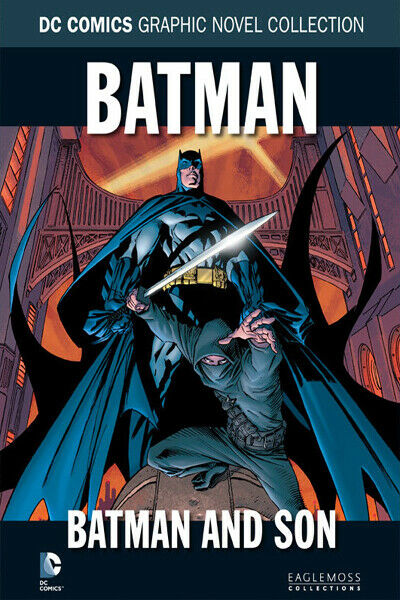 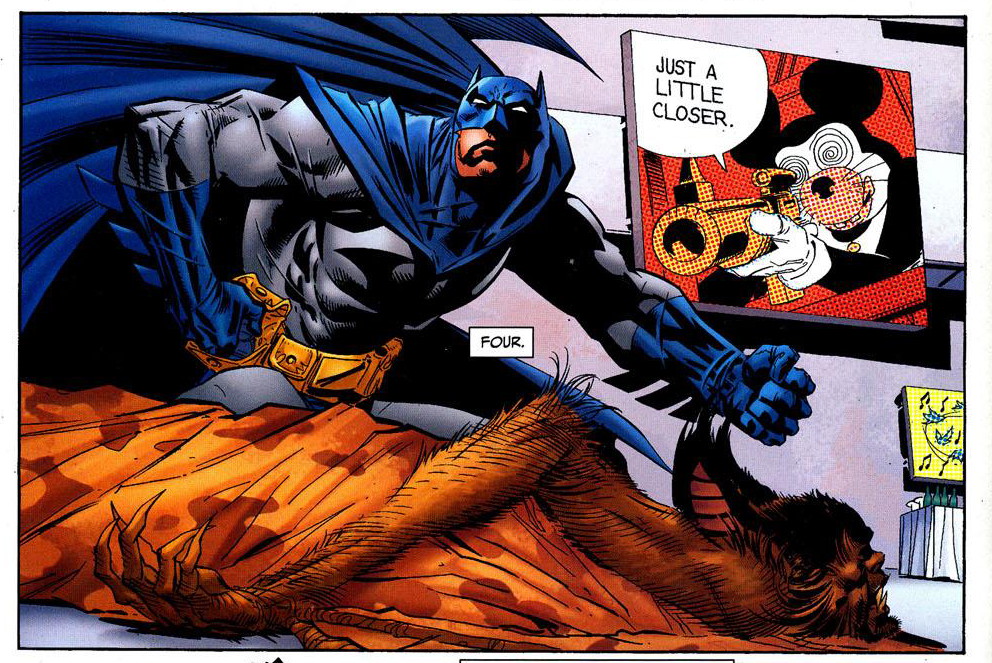 This is the start of Grant Morrison’s long run redefining Batman, although if you want to be picky, a few elements can also be located in 52.

“I finally killed Batman. In front of a bunch of vulnerable disabled kids”, yells the Joker in the opening pages, “Now get me Santa Claus”, perhaps as good an indication as any that what follows isn’t going to be your father’s Batman. That’s emphasised at the midway point, an entire chapter in prose and illustration. It’s initially florid, but settles into a rhythm and displays an ambition well beyond most new Batman writers. John Van Fleet supplies suitably creepy photo-referenced illustrations.

Adam Kubert stuns with the remaining artwork. Early on Batman is in Bruce Wayne, playboy mode at a fundraising gala. Kubert gives this a credible, modern look, plastering the walls with Lichtenstein pop art paintings, then really delivers it as the setting for a battle. The designs of the paintings throughout feed into and comment on events. By the conclusion Batman has discovered that an occasion years previously when he was drugged by Talia Al Ghul has produced a son, whom she’s raised in secret for ten years. He’s been trained as an assassin and is a surly, arrogant and snotty brat, delivered to Batman to learn, and doesn’t want to be there. It’s presumably not a coincidence that Damian shares his name with the terrifying child of The Omen. Morrison supplies a fine temper tantrum, and a problem Batman can’t solve in his normal intimidating manner. Where does that leave his famous controlling nature?

Morrison creates a compelling Batman by incorporating Bruce Wayne, rather than using him as a shell. There’s a fine moment, perfectly delivered by Kubert, when he lies about having overcome the death of his parents, and Wayne is an equal part of this deal. At one point he claims to be cooler than James Bond, and backs it up.

For the Batman fan steeped in the character’s history, Morrison revels in planting all sorts of minor references from the names of Bruce Wayne’s former girlfriends onward. In the second multi-part story he references The Black Casebook, which is his method of re-integrating all those nutty 1950s stories of aliens and ghosts into Batman’s continuity. DC conveniently issued a collection of that material around the same time with an introduction by Morrison.

The final tale occurs a couple of decades in the future. Or, as these periods tend to be, a possible future. Gotham has become an even more disturbing and harsh place, and Damian is now Batman, adapting his methods to suit the times. There’s a greater throwaway quality to this piece, although it settles a plot point from the earlier material.

The story continues in Black Glove, but be warned that Batman and Son comes in two formats, and the more recent deluxe edition also incorporated Black Glove. 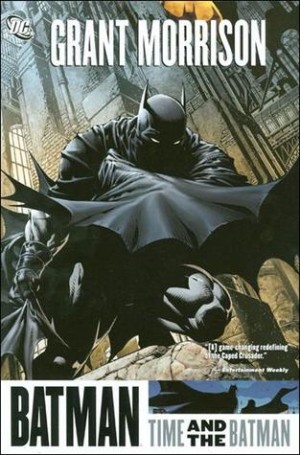