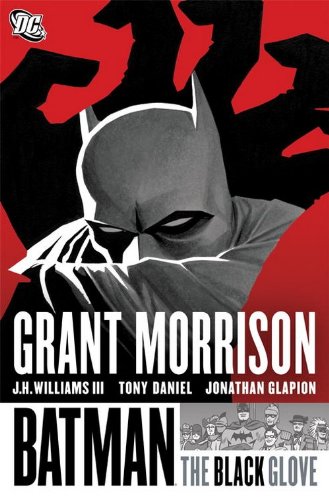 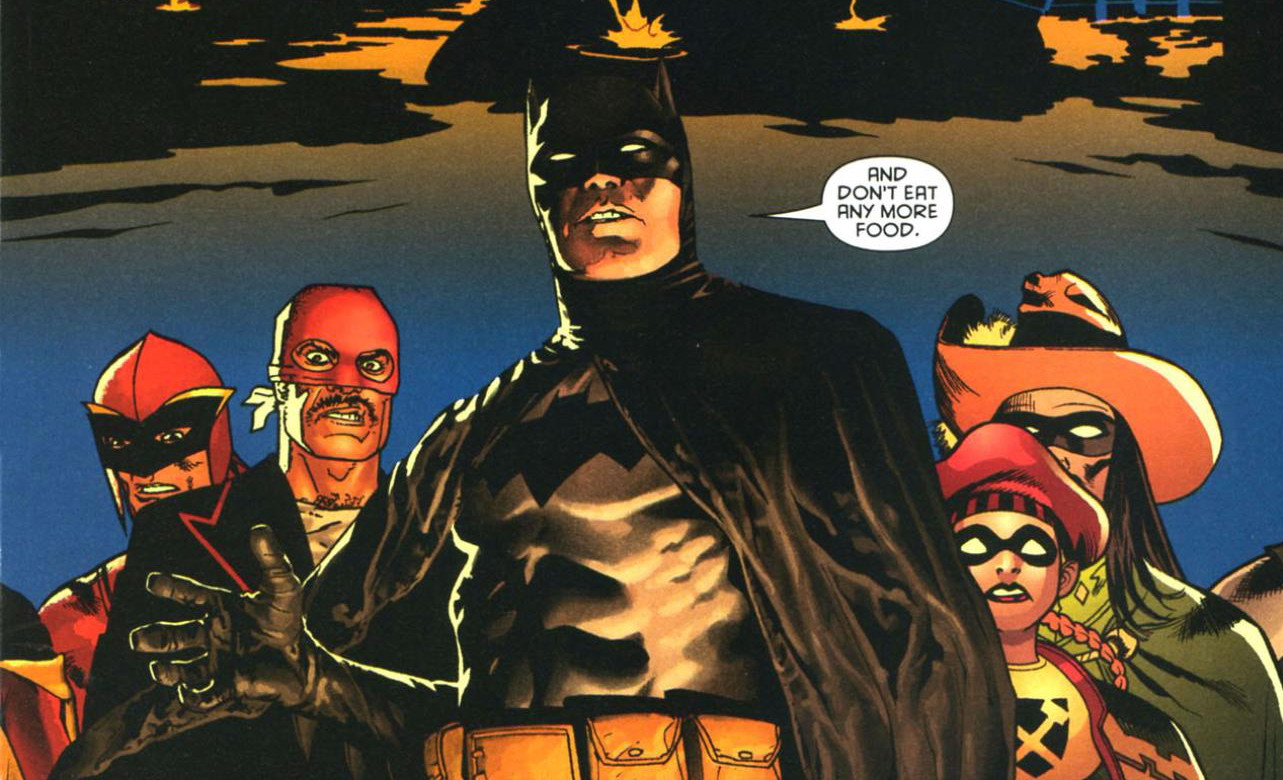 J.H. Williams III brings his highly ornate art to the first story here, imagining, of all things, some of the ludicrous one-shot, never seen again heroes that served a plot point in wacky 1950s Batman material. These were originally labelled the “Batmen of all Nations”, and Williams supplies bravura pages, some seemingly painted, others deliberately dot-screened as if to resemble 1950s four colour printing.

Morrison’s story is a really fine locked room mystery, but in keeping with a policy applied throughout his run, he’s not revived a bunch of characters merely to kill them all, or worse, ridicule them. There’s a metaphysical aspect where the questioning of the characters as to why they’re all present on an island doubles as questioning their presence in a story after all these years. Not all survive, but those who do are redefined as credible characters who’ll be able to appear again (and do, largely within Batman Incorporated, while Knight and Squire earned their own graphic novel). It’s an admirable legacy to provide amid an excellent story.

Within Batman and Son Morrison introduced Jezebel Jet as Bruce Wayne’s latest girlfriend. She’s glamorous, caring, independently wealthy and her father was murdered when she was a child. Morrison toys with the idea that this additional element of understanding she can offer qualifies her as a more suitable girlfriend than many Wayne has courted. She’s not to be trifled with, and won’t accept the excuses he’s used to trotting out.

Also hanging over from the previous volume is the trio of policemen impersonating Batman, two of whom were captured and jailed. The third now appears, and the tale leads back to the paranoia of the past and what it takes to create a Batman. It also delivers Bat-Mite into the world Morrison’s building. Formerly a mischievous, magical imp with a Batman fixation, here he’s something else entirely,

As previously established, Tony Daniel has a dynamic style for Batman, who’s delivered as suitably foreboding, but he’s straightforward and pales beside the decorative adaptability of Williams III. He’s infinitely preferable, though, to Ryan Benjamin who illustrates the final chapter here in mid-1990s Image style, complete with multiple extraneous lines and globular breasts on women.

That story returns a 1970s curiosity, the Ten-Eyed Man, but he’s merely a distraction as Morrison heads toward a bigger scenario delivered in Batman R.I.P. 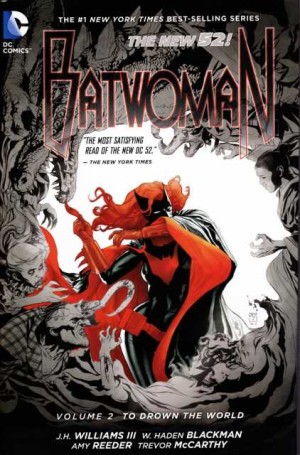 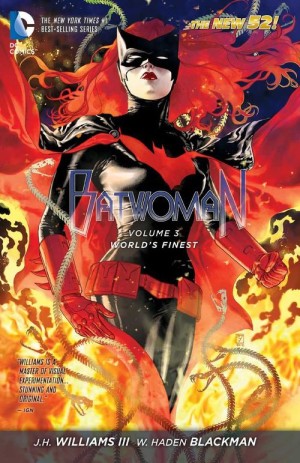