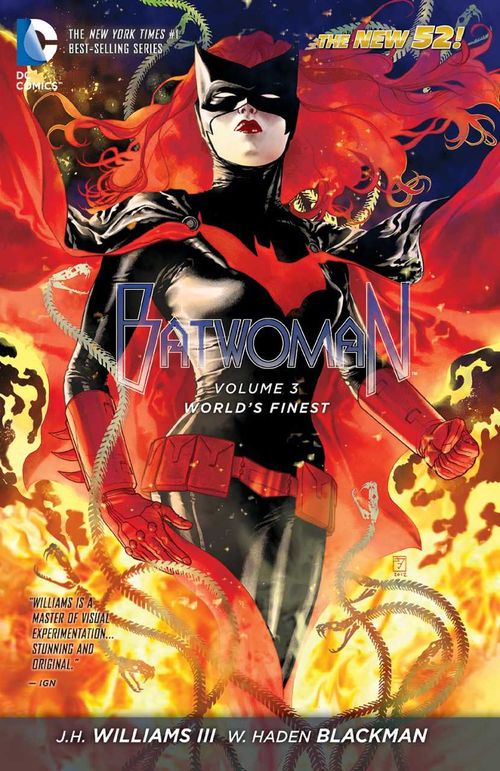 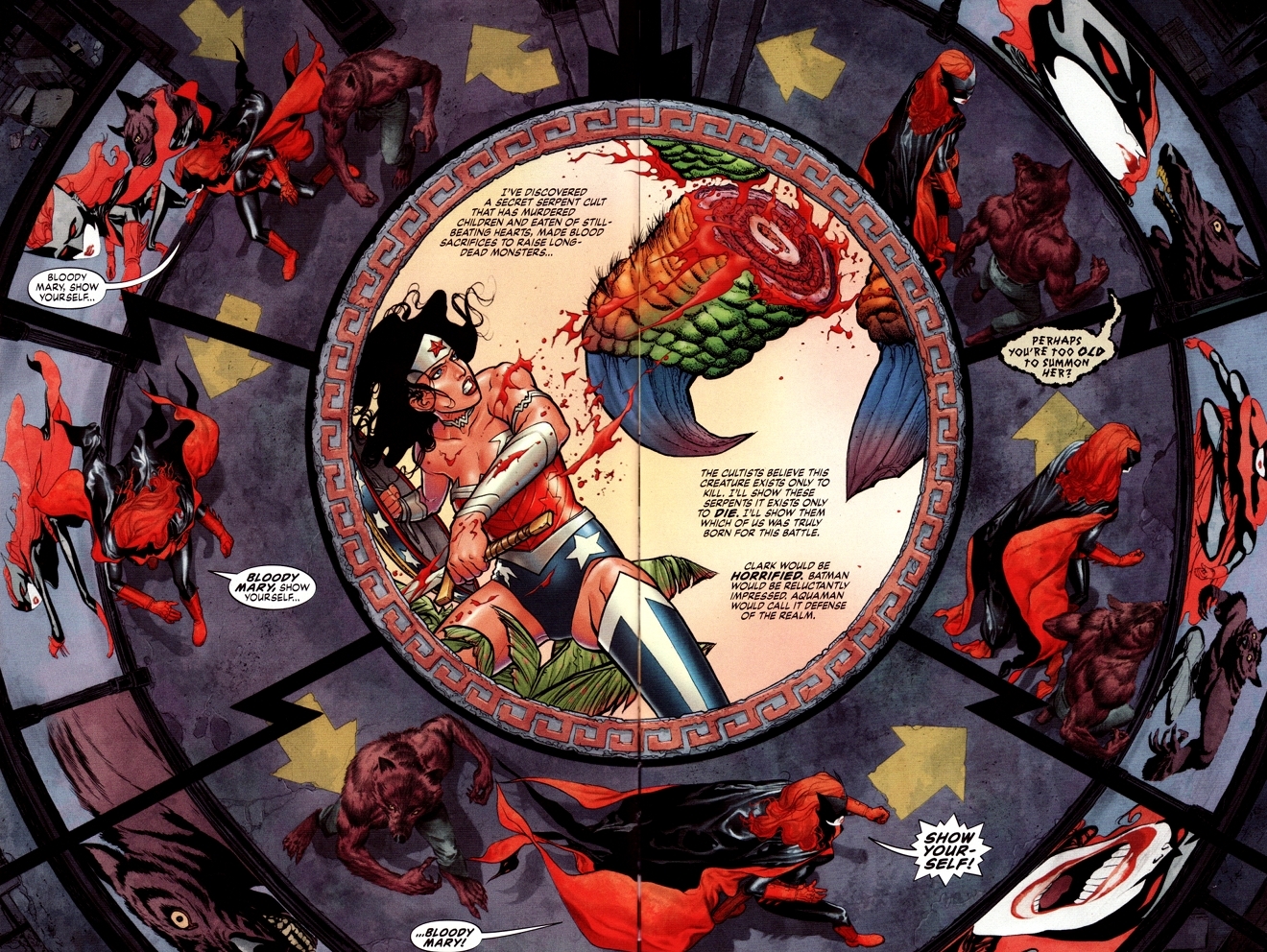 Welcome back J.H. Williams III on art as well as co-writing with W. Haden Blackman. He announces his return with a stunning spread in two different styles featuring Batwoman and Wonder Woman combating what they’ve yet to realise are elements of the same problem. Batwoman is depicted in a layered, painterly collage that is nevertheless still pen and ink, while Williams III takes his inspiration for Wonder Woman from the line illustrations to be found on classical Greek artefacts. The contribution of colourist Dave Stewart is immense here and throughout.

It’s revealed early that the Medusa organisation that Batwoman has been investigating is headed by the actual Gorgon of myth, hence the involvement of Wonder Woman. Before all that starts there’s a very skilful, more traditional, line art chapter providing insight into Kate Kane’s background and character. It supplements what we already know about her crimefighting origin and training, and also explains her complicated father issues. Her father, meanwhile, has begun training the former Flamebird, Kate’s cousin Bette.

The writing is strong throughout after the slight dip for To Drown the World, and it’s revealed in subtle touches. On hearing Batwoman intends involving Wonder Woman in her search for Medusa, DEO director Bones announces her mask will be fitted with micro cameras to study Wonder Woman for intelligence gathering. Throughout their time together Kate barely looks at Wonder Woman, who wonders why Kate looks at everything but her.

There’s a detour to a couple of minor mythological deities that in turn offer more spectacular art, this time in darkness, and insight into the building blocks of mythology. This is theme toyed with throughout the run to date, with the modern equivalent being urban legends, who also have a purpose here.

More than previous volumes World’s Finest delivers Batwoman as an ensemble cast. Kate is permanently on view, sometimes via the eyes and thoughts of others, and Wonder Woman as chief guest star is also enlightening, but there’s a chapter devoted to Maggie Sawyer, well drawn by Trevor McCarthy, and Chase, Medusa, Bette Kane and others all feed into the narrative.

Everything builds to a battle scene in Gotham in which Williams III and Blackman lay a series of captions revealing the thoughts of the spotlighted participants over spectacular collage spreads. Superhero comics are about the splendour of impossible, and Williams III delivers this in an elevating fashion.

Two surprises conclude the book, both of which will be more fully investigated in This Blood is Thick, but savour that art, for covers aside, Williams III only contributes to the writing from this point.