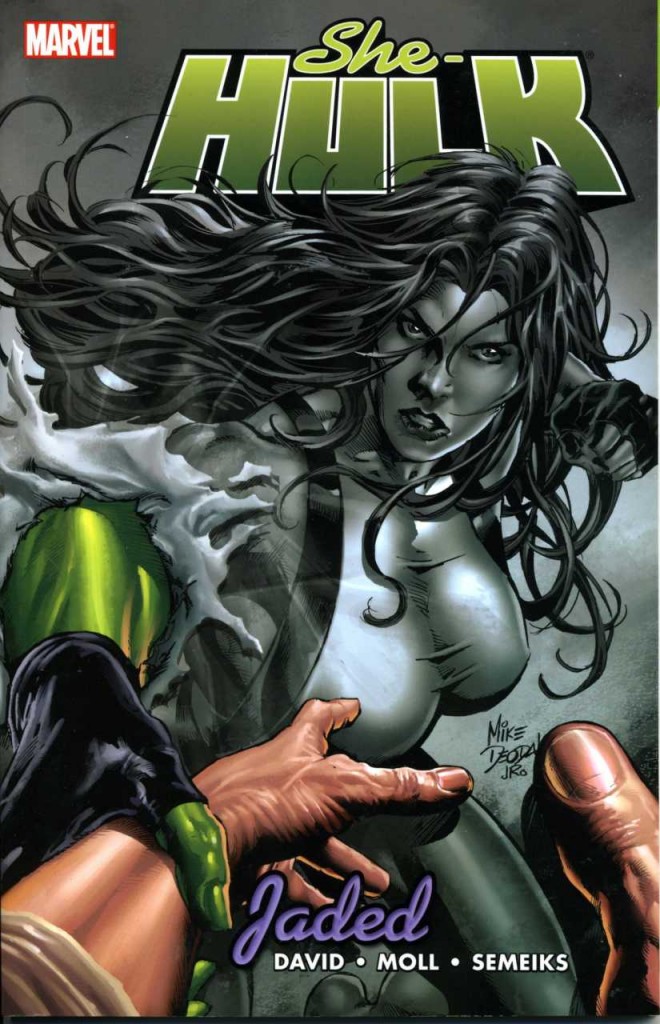 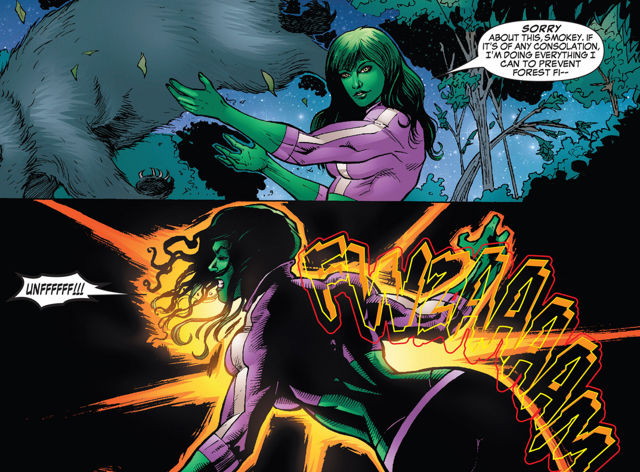 New writer Peter David was bequeathed She-Hulk with other identity Jennifer Walters and a full and interesting supporting cast in Planet Without A Hulk, but discards the lot immediately, and later in the book delivers a brief parody sequence on the topic. He recasts Jennifer Walters as a bail enforcement agent, tracking those who’ve lodged their deposit and subsequently fled. She now lives in a motor home on a trailer estate.

It’s an interesting change of direction and a deliberate choice given the similarities between David’s usual writing style and the approach taken by Slott for She-Hulk. Fearing he’d come across as a decent imitator at best, David threw all the cards into the air. His opening chapters have She-Hulk and Jennifer Walters appearing simultaneously, with a clever reveal tying in to events occurring elsewhere in Marvel titles at the time, and a bruising battle with the Absorbing Man, who has an inherited grudge against She-Hulk.

New artist Shawn Moll has a dynamic superhero style, but is equally at home delivering the character moments at which David excels. His She-Hulk is obviously based on female body builders, although considerably more pneumatic, while those who prefer the more traditional look are directed the book’s closing episode drawn by Val Semeiks.

Aliens play a large part in this collection, one benign and endearing, the remainder considerably less so, and in the final chapter David returns one of Slott’s characters, but in doing so only deepens the mystery over the changes. These are addressed in the following collection Here Today?

This is a solid superhero graphic novel, well written with surprising elements, and decently drawn. Those able to draw a line under the previous incarnation ought to discover plenty to enjoy.