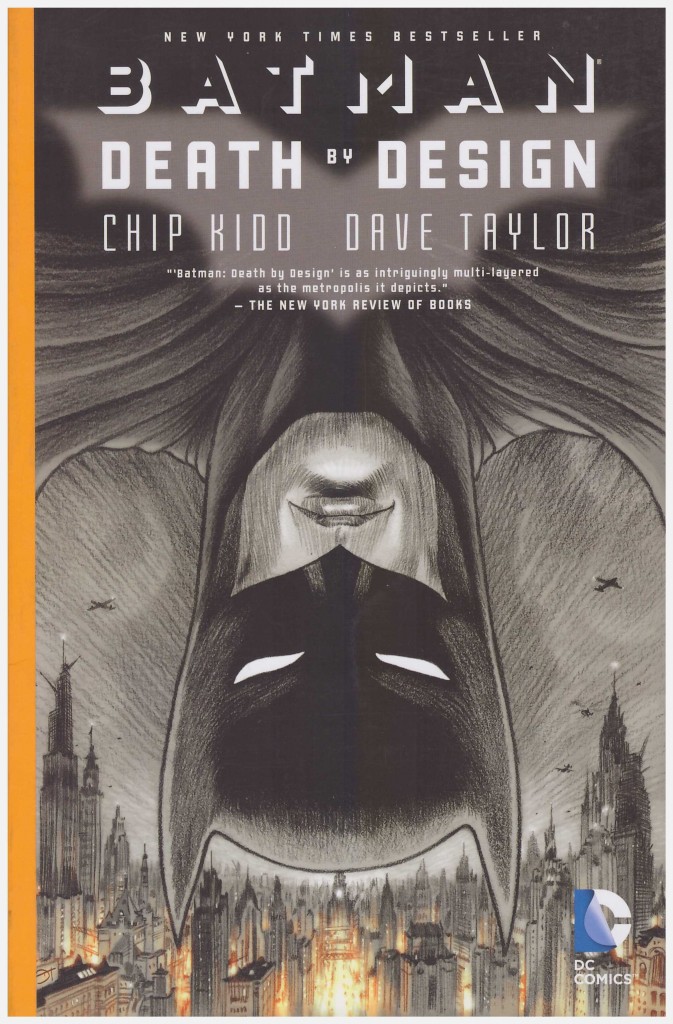 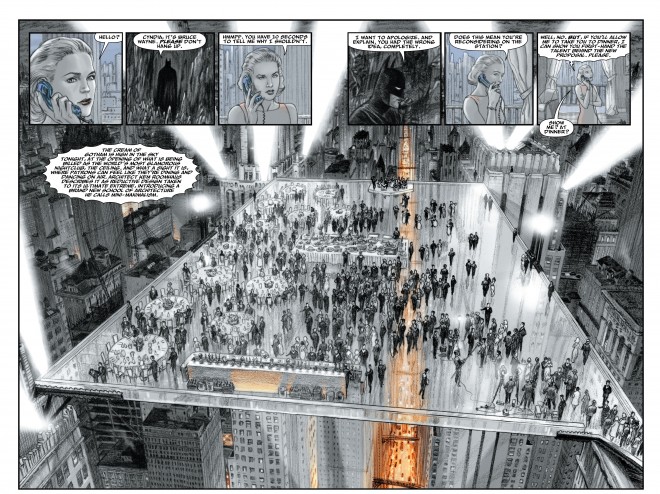 Chip Kidd’s calling card among the comic community is as a designer and art editor, but his writing is equally accomplished. A self-confessed major league Batman fan, this is no vanity project as Kidd already had two published novels under his belt, and delivers a multi-layered tale.

On one level it’s a simple enough story of corruption and revenge, but Kidd also has points to make about architectural policy, primarily a constant demand for the new to replace the timeless, which could also be taken as comment on Batman himself. Given the importance of architecture to the material a visionary artist is essential, and Dave Taylor more than delivers. His city is stunning, but better than that, in a project that requires a fair proportion of talking heads, his cast are distinctive, not variants of the same face. An indeterminate period setting is heightened by the sparse use of colour, the shades of grey illustrating most of the story reflecting the motivations.

Kidd’s acknowledgement identifies his starting point, the 1963 demolition of the original Pennsylvania station. In Gotham it becomes the obsolete Wayne Central Station, a project haunted by mismanagement that cost lives. Bruce Wayne’s vision of a better tomorrow is seemingly being sabotaged by Exacto, a capable costumed man with a deep knowledge of Gotham’s structural secrets whose inventive technology outshines Batman. Wayne’s plans are also opposed by the oddly name Cyndia Syl, introduced as the glamorous voice of environmental preservation, with Kidd refreshingly having Wayne stick to his vision rather than being swayed by another.

The Joker makes an appearance, but more as a sideshow, as this primarily concerns detection and character study. At times somewhat wordy, this never overwhelms either the compelling story or the fantastic art. With a wealth to choose from, Death By Design numbers among the best Batman graphic novels.

As might be expected from a designer, the care extends to the entire package, from the 180 degree flipped image on front and back covers to the doodles and sketches accompanying the credits, biographies and publication information.