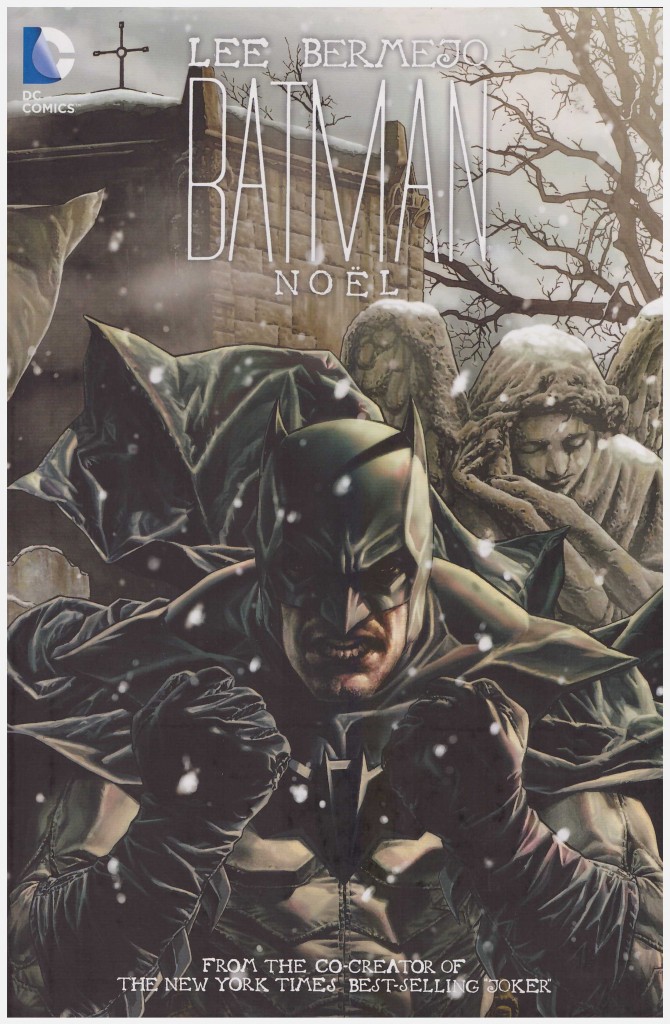 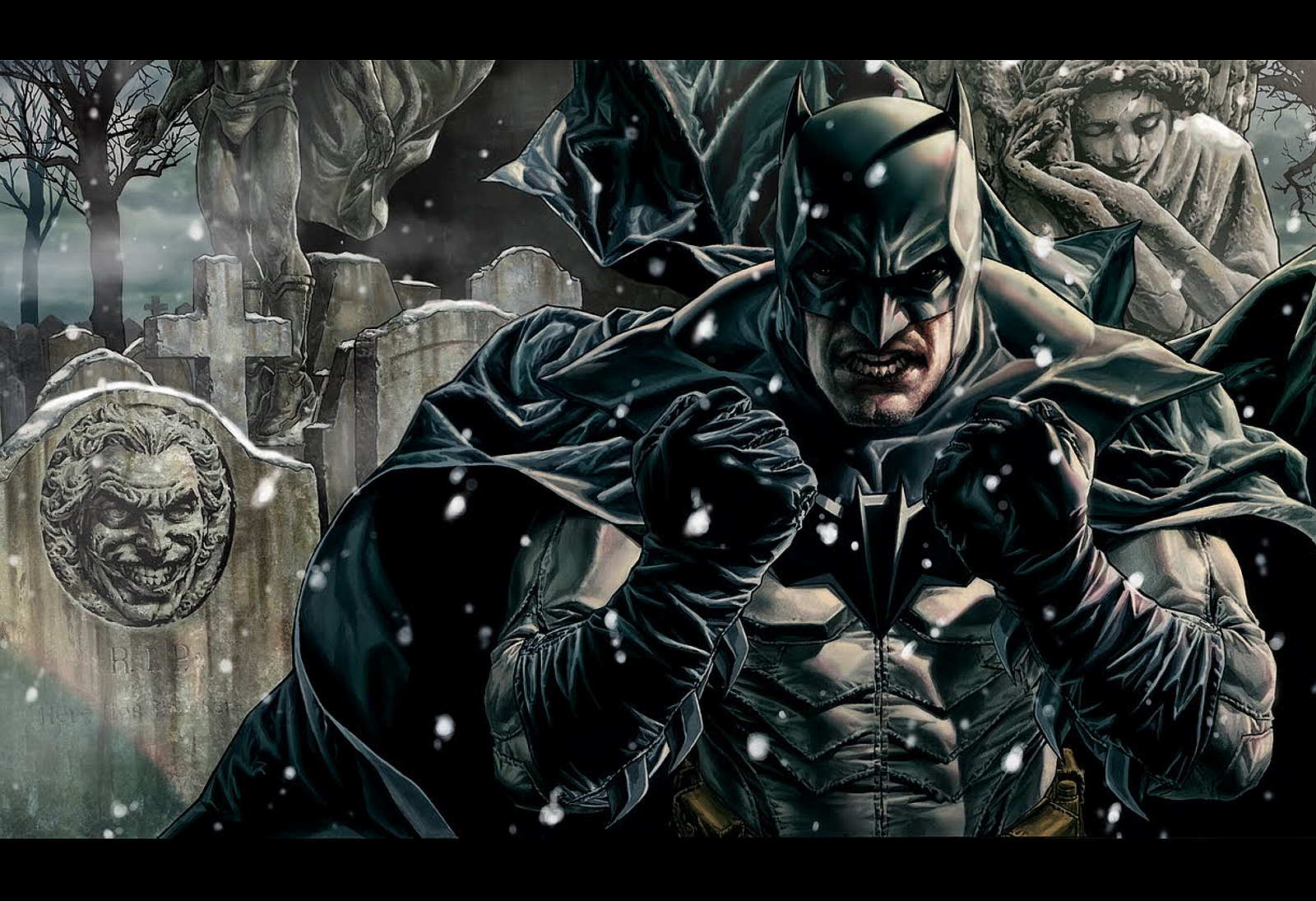 There’s no doubting Lee Bermejo’s artistic talent. For those who prefer their superheroes looking ultra-realistic there can be few artists to match him in American comics. His human cast wear clothes rather than model them, displaying those wrinkles and creases, and the same applies to Batman, where the buckles and velcro are on display. Scratch a little deeper, though, and the veneer of realism evaporates into style. Costumes appear sprayed on, and there’s no sense of weight to the cast. They float rather than move. Still, superhero stories are by essence primarily surface, so let’s agree that Noël looks very good indeed.

The problems are largely with the writing. Perhaps lacking confidence at his first scripting commission Bermejo uses the plot of A Christmas Carol, and works Batman into it, the conceit being that he’s become so far removed from his own good intentions he must revise his ways. That’s not a bad start, but Bermejo might have been better constructing his own story around the premise as he has great difficulty shoehorning Batman into the concept. His consistently being referred to as ‘Scrooge’ by the narrator is forced; Bermejo wants to draw Catwoman in black leather, so that’s the way she appears in her ghost of Christmas past role, rather than the woman in the grey dress she’d need to be wearing for consistency’s sake; Bob Cratchit didn’t fit the narrative as a paragon of virtue, so here he’s a cowardly career henchman.

Of course, there’s absolutely no necessity to follow an appropriated plot note for note, yet the deviations come across as matters of convenience, particularly when held up against the times Bermejo references the original idea. This is compounded by A Christmas Carol having already dripped into Batman via Jeph Loeb and Tim Sale’s Haunted Knight.

Batman endangering the life of a child at worst, or subjecting him to a traumatic experience at best, is a plot lapse very much out of character given Batman’s origin. It has a twofold purpose. It’s to lure the Joker out to be captured, and to scare the child so badly he’ll not follow his father into a life of crime. It almost goes horribly wrong, and while the story is heavy on insights into how Batman ticks, this sequence isn’t among them, and it undermines the remainder of the plot. It’s the allegedly reconstituted Batman that permits the Joker to break into the child’s home and threaten his father before he intervenes.

There’s very little dialogue per se, the story primarily being carried by the narrative captions of someone only revealed near the end, but when Bermejo does have characters speak they rarely convince. Here’s Commissioner Gordon on Batman: “Oh make no mistake, he’s not evil. No, I would say he walks a fine line. It’s just that sometimes he steps on the side of that line where you or I might hesitate to tread”. Superman constantly comments on Batman coughing as he works, and the Joker’s Cluedo references also come across as forced.

There are plenty of far poorer Batman stories, but none of them have been hyped up before and during publication in the manor of Noël. DC’s marketing hammered this home as a prestige project, primarily based on the glamour of the artwork, and while that’s their job is it not also DC’s job to ensure the story’s the best it can be? They failed. Noël looks gorgeous and works best as a gallery.