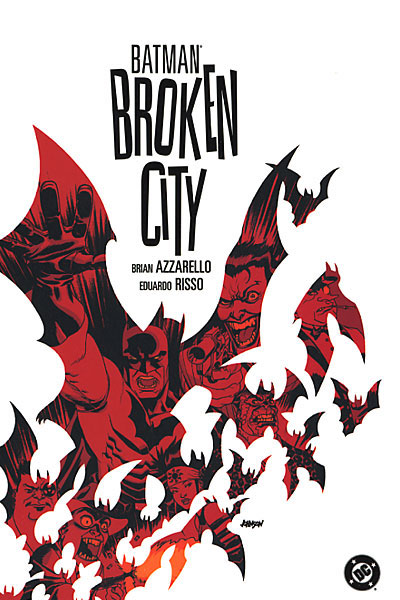 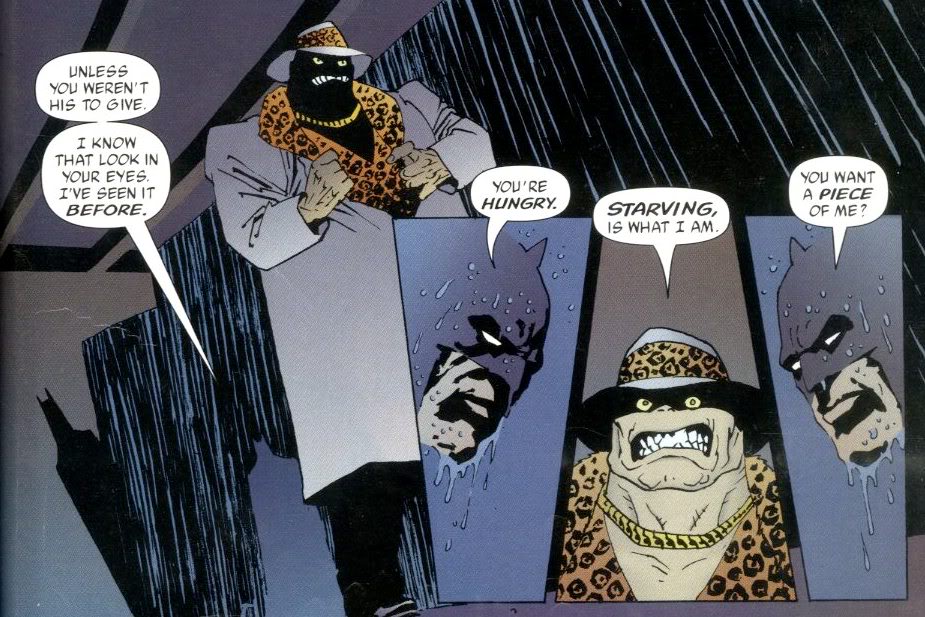 In his introduction Bob Schreck, editor of the comics in which Broken City was originally published, remarks that Brian Azzarello delivers an aspect of Batman adding much to the history and mythos of the character. That isn’t hyperbole, and adds an extra layer of explanation to Batman being so driven. It is, though, almost an afterthought.

As in so many previous stories, Batman is attempting to solve a murder. It’s the execution of the plot that’s the clever part, with Azzarello mining crime noir territory, and doing so in an extremely compelling manner. The who is the simple part, it’s tracking down the person who ordered the kill and understanding why that taxes even Batman’s skills.

Azzarello’s style of writing isn’t clear-cut, laying everything out, but the dots are joined. He throws in enough of Batman’s familiar foes to please regular readers, although one of them appears a little too knowing considering their situation, and creates a couple of credible new opponents to add to the Gotham roster of villainy. The crux of his plot will be considered quite sordid by some, and possibly material too adult for a Batman book, but no explicit imagery accompanies the revelations.

Yet for all the internal narrative, use of familiar characters and addition to the mythos, it would take very little re-jigging to remove Batman from the story entirely. He’s used to service the plot, and attempts to establish his character come across as rather glib on occasion (a spiel about grilling steak, for instance, spread over two cast members). The structure adheres to crime novel specifics, and delivers a clever plot, but for the most part the plot pulls Batman rather than Batman driving the plot. There’s also the thought that no matter how clever it may be, there are times when the dialogue distracts from the story rather than smooths its passage.

Artist Eduardo Risso is known for his stark command of light and shadow, and his Batman constantly emerges from the darkness of an atmospheric city, which could be taken as a metaphor for the character overall. His style here, and generally, appears very influenced by Frank Miller, although Risso brings his own excellence to the table, but that influence can’t but prompt comparison. He comes off well. With Risso slathering so much black ink all over the pages colourist Patricia Mulvihill does an excellent job in adding colour. There’s sometimes a spotlight, other times monochrome to indicate the past, and almost an entire absence of red. This creates an extensive gloom to match the tone of the story, and when some red is used it’s almost a wake-up call.

This isn’t the Batman story for those wanting some light-hearted reading to remove them from the woes of the world, but it’s exceptionally well produced if you don’t mind Batman reduced to plot device.