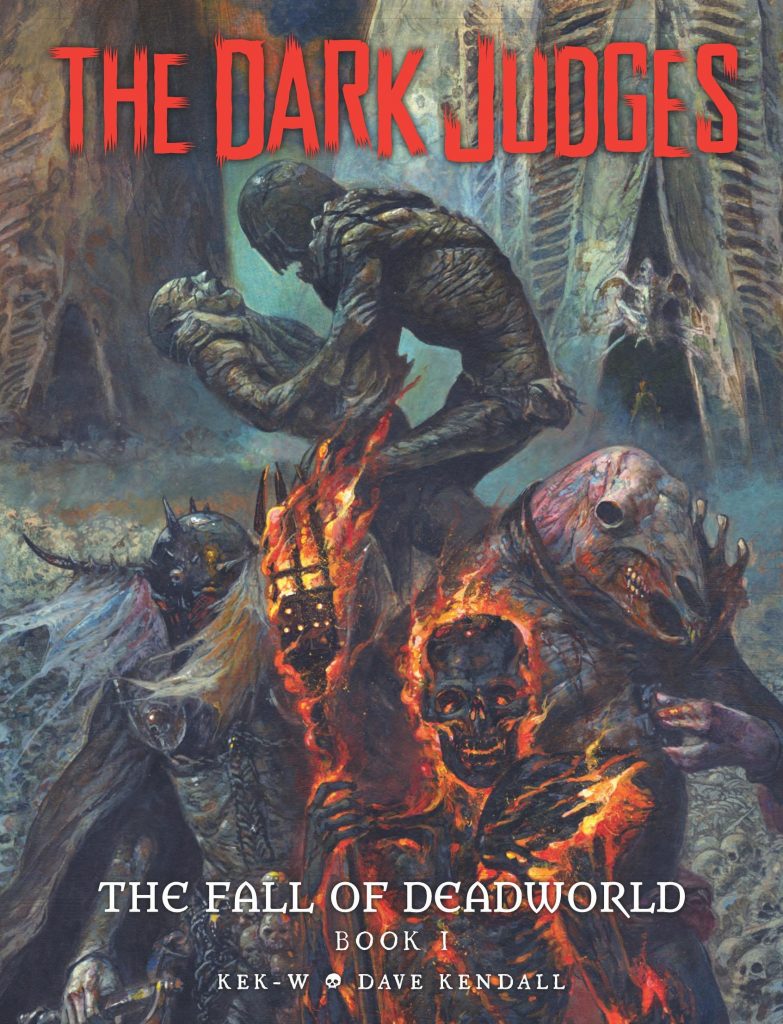 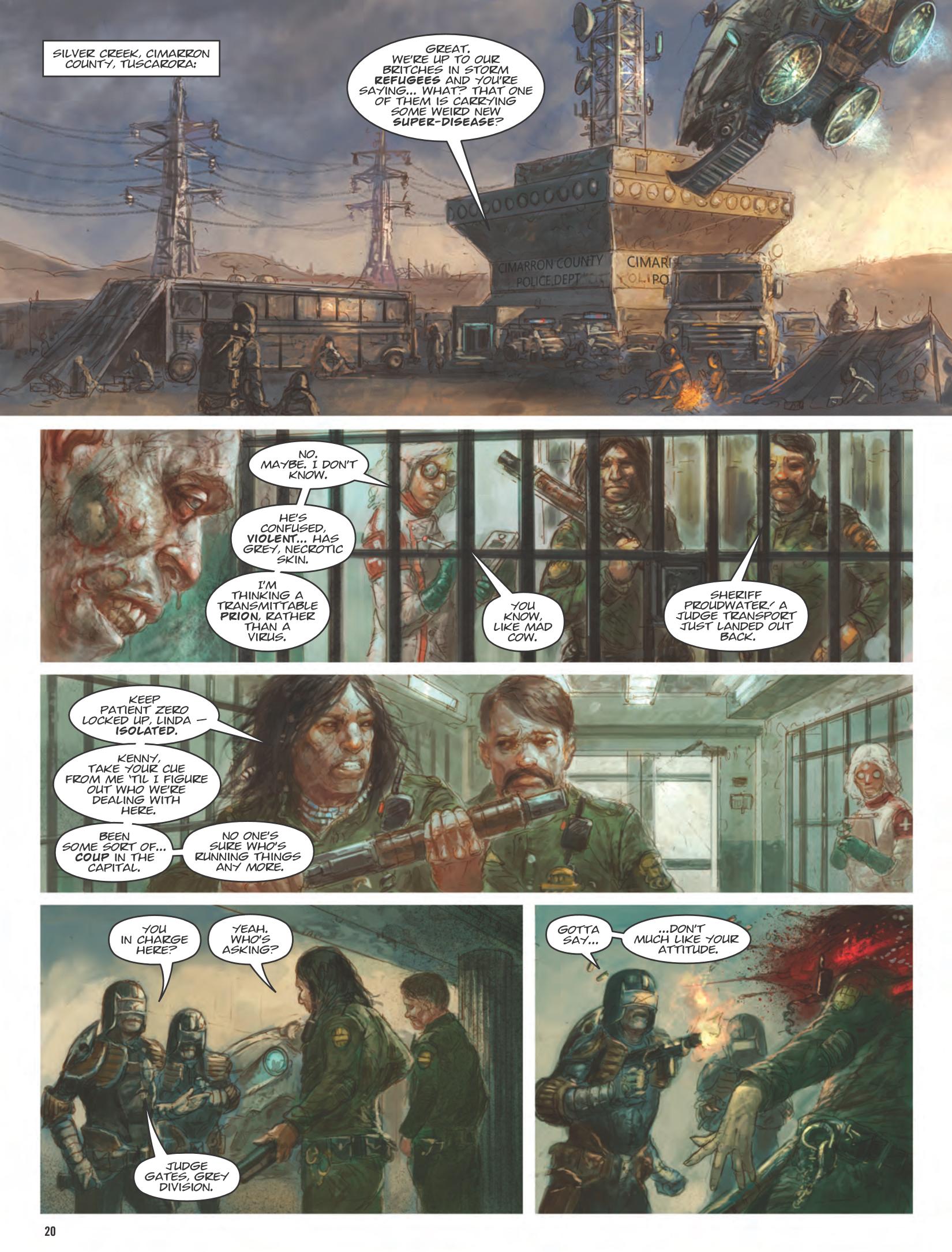 It began with Judge Death plaguing Mega City One. His allies Judges Fear, Fire and Mortis turned up next time to pursue the agenda of wiping out all crime by the simple reasoning of wiping out all humanity. They’ve done it before, and that’s the theme for The Fall of Deadworld.

According to writer Kek-W’s introduction the story began with artist Dave Kendall’s nightmare about the Dark Judges, that resulted in illustrations, and four stories finishing off the Fall of Deadworld, and highlights of what’s a very good slab of apocalyptic horror.

The Fall of Deadworld slots right into a familiar theme for 2000AD going back to its earliest days. Strips like Ant Wars and Helltrekkers featured desperate people fighting against unbeatable odds, and living lives of terror, who, for the writers, are just an endless parade of cannon fodder before an inevitable end. The writer’s trick is to offer hope and to extend that, and Kek-W manages this despite us knowing up front that this is the world the Dark Judges emerged from to plague Mega-City One. It’s even called Deadworld. In a world that’s falling to pieces, the plot focuses on a single family, and it’s the grandfather whose worst case predictions are rolling out before everyone’s eyes. He had been considered paranoid. It’s the end times, and as civilisation fragments, violent and murderous disagreements, break out between the Judges. So if we know the end, how does Kek-W generate any tension? Very cleverly, actually. We see some Judges gradually transforming into their more fearsome identities, and they’ve targeted Fairfax, the former Chief Judge’s right hand man, as their fourth partner, but he’s unwilling and actively opposing them. Throw him into some survivalists, a preacher maliciously quoting scripture for his own ends, an extensive delve into Fairfax’s background and a girl who grows as the series continues, and we have a 2000AD classic.

Kendall’s art is fantastic, channelling those nightmares into a gruesome charnel house coloured as if in perpetual smog. As befits the script, the only brightness comes from the searing heat of cleansing flame, somewhat of a lazy colourist’s cliché around the millennium, but entirely appropriate for this disintegrating world. Kendall’s imaginatively transformed people have distorted features likely to create their own nightmares. An almost silent sequence letting Judge Fear loose is horrifically compelling, and Kendall’s best is reserved for the stories of individual judges that complete the book.

Kek-W’s consideration of what could result in the manifestation of the Dark Judges pays off, and he joyfully extrapolates John Wagner’s original single-minded ideology extremely effectively, having converted Judges expostulating that talking’s illegal and listening’s illegal. At the point you’ve figured out what’s going on and think you can predict most of what will play out, Kek-W throws in mention of one hell of an anomaly, again drawing on Judge Dredd’s past. How he deals with that is neatly consistent with his story. Also memorable is seeing the progression of Judge Death, from the horror he always was to what he became.

Catastrophic scenarios are hardly uncommon in comics, but the relentless reduction of hope by Kek-W and Kendall ranks this high. There may be no hope, but there are black laughs to be had along the way, and the adventure is great. Roll on Book II.