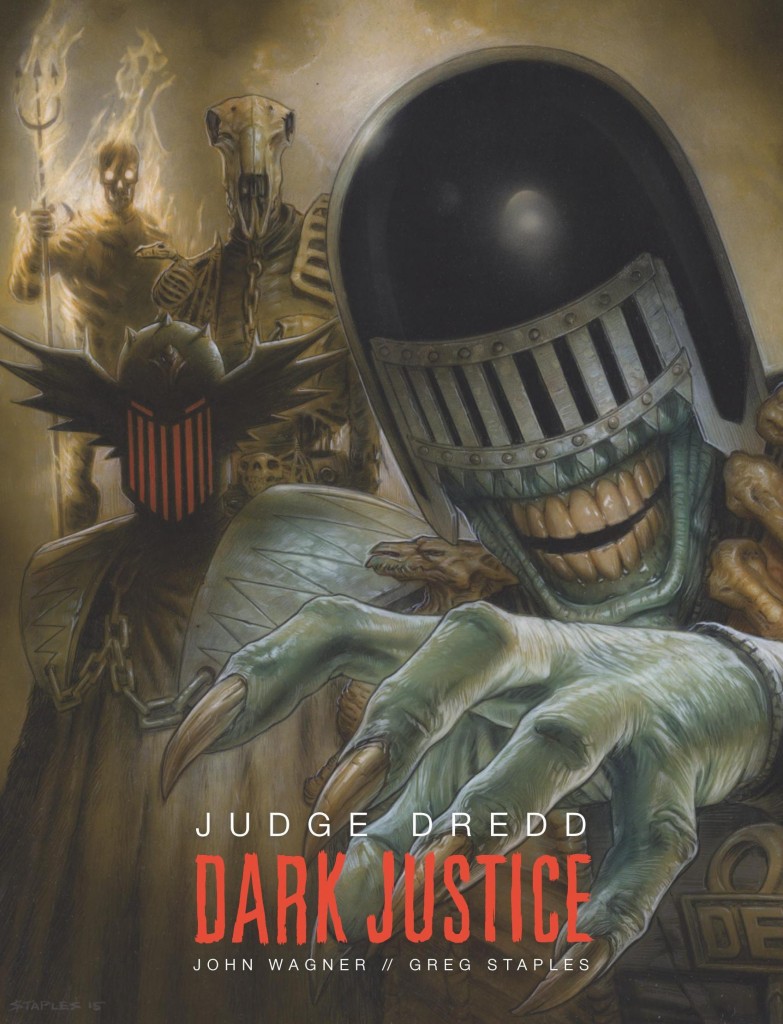 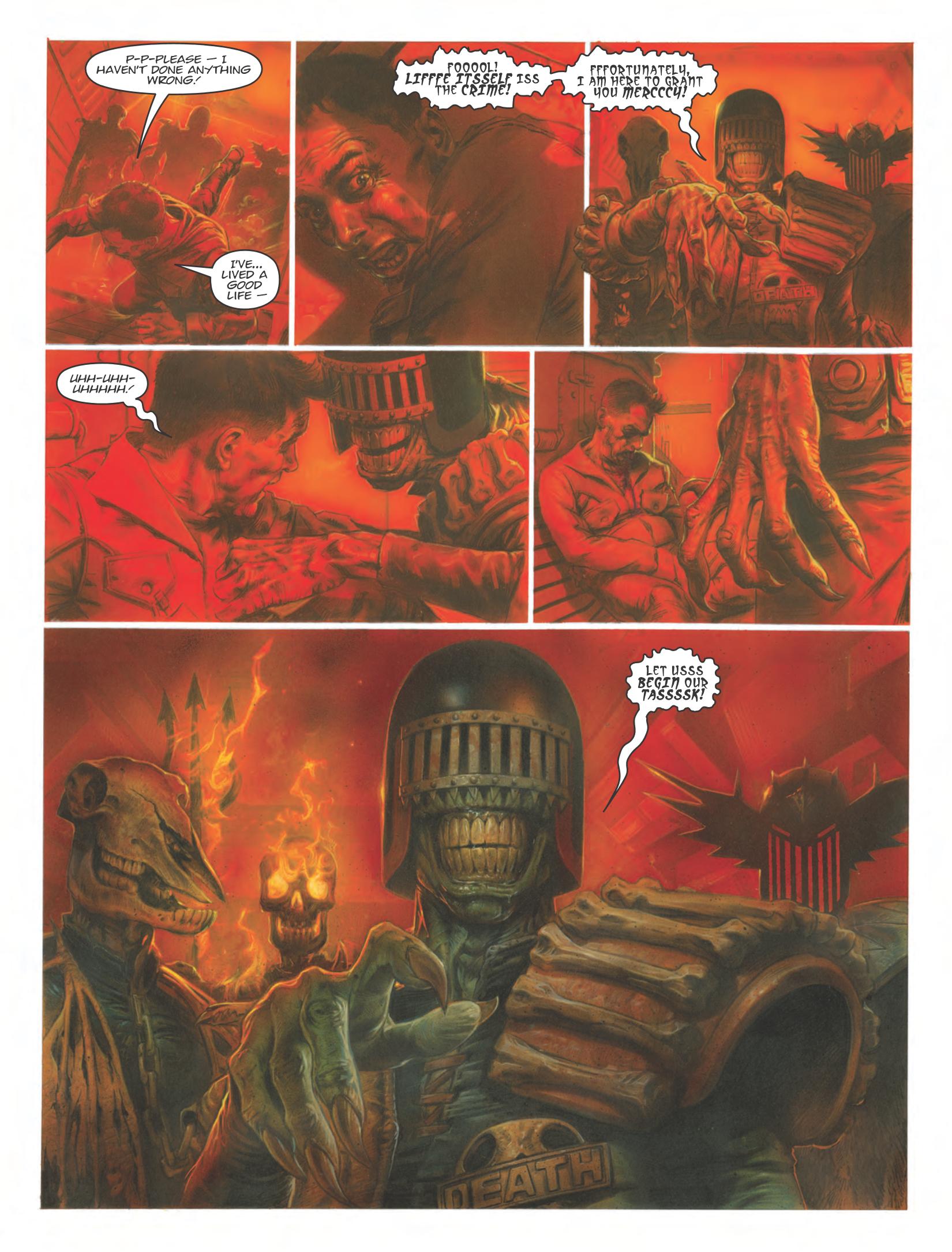 As revealed in the introduction, despite Greg Staples offering his services as artist, John Wagner took some persuading to return the Dark Judges to Mega-City One. “I don’t feel I have anything more to offer the Dark Judges” and “The problem with the DJs is the plots always run along the same lines: they show up, confront Dredd, get blasted, end of.” Staples remained persistent, and eventually Wagner came up with Dark Justice.

The initial segments are episodic. An adventurer has used his wealth to finance a massive spaceship. The possibility to colonise another world is there, but if not, there are enough supplies and facilities to sustain the voyagers. Dredd is testing a new version of the lawgiver. A demented man invades the privacy of an isolated individual, and Judge Anderson uses her psi-talents to confirm the Dark Judges are again free. Staples noted he wanted to replicate the brooding atmosphere of the earliest Dark Judges appearances, and Wagner supplies this via the disaster movie template. Things begin to go wrong on the spaceship. These are small incidents to start with, but escalate and there’s a constant tension from knowing the premise of the story, that the Dark Judges consider all life to be a crime, and their mission is to eradicate it. Wagner maintains the suspense superbly. We know what’s on board that spaceship, Dredd and Anderson are piecing together the recent past in Mega-City One, and it’s contrasted with ridiculously mundane moments of pleasure marking the journey.

Photo realism is the stock in trade of Staples’ art, and it hasn’t always meshed well with the action of Dredd’s world, but the primary mood being set to suspense wipes away any lack of movement from the pages. When the action does come, there are no concerns, and as seen by the sample page, Staples delivers another iconic image to add to those already featuring the Dark Judges. It’s not the only one. Wagner matches that with some great dialogue “I havvve come to jjudgge you. I find you guiltyyy. Pleasse remain ssseated. I will attend to all in due courssse.”

By the halfway point the penny drops that this is Wagner’s alternative version of Alien. Dredd, Anderson and a few obvious corpses to be skulk around a massive vessel where danger could be anywhere. When the tension evolves into action, it’s violent, exciting and relentless until an extremely abrupt ending. Did Wagner just tire of it?

The irony is that Dark Justice isn’t too far removed from the concerns Wagner expressed before beginning to write, yet in isolation it’s great. If you’ve never seen a Dark Judges story, and to be fair they’ve been sparingly used since the 1990s, Dark Justice will surely amaze as the plotting is tight and Staples stuns time and again. If the plot has aspects with which you’re acquainted, just consider it a remix.