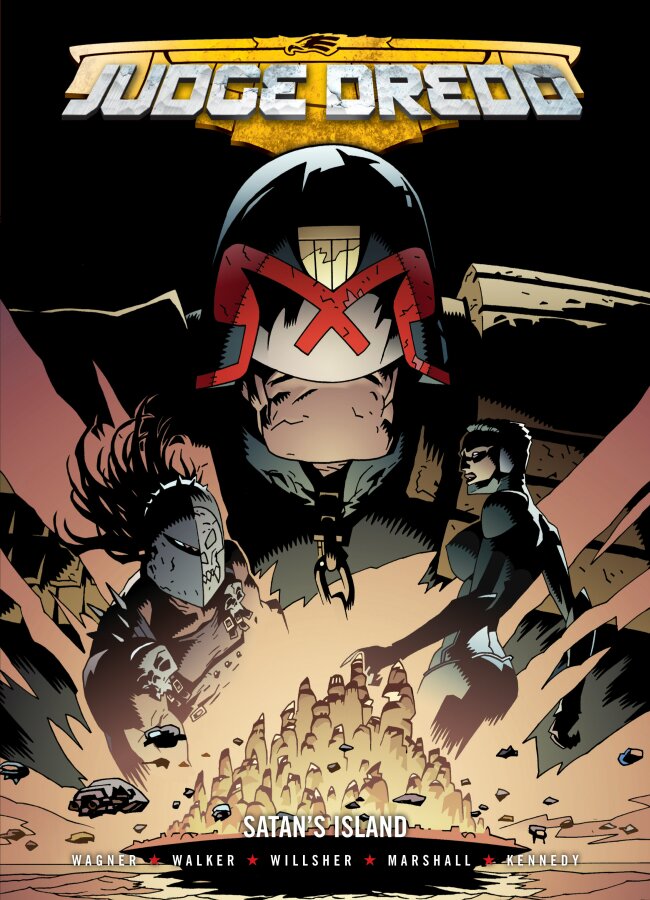 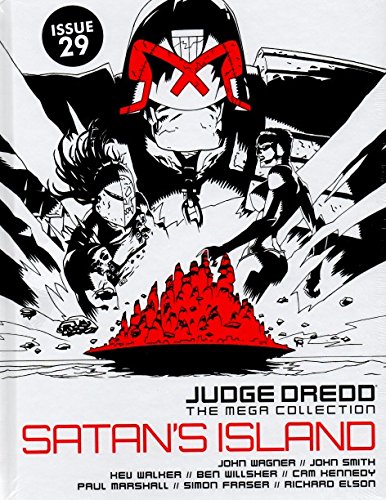 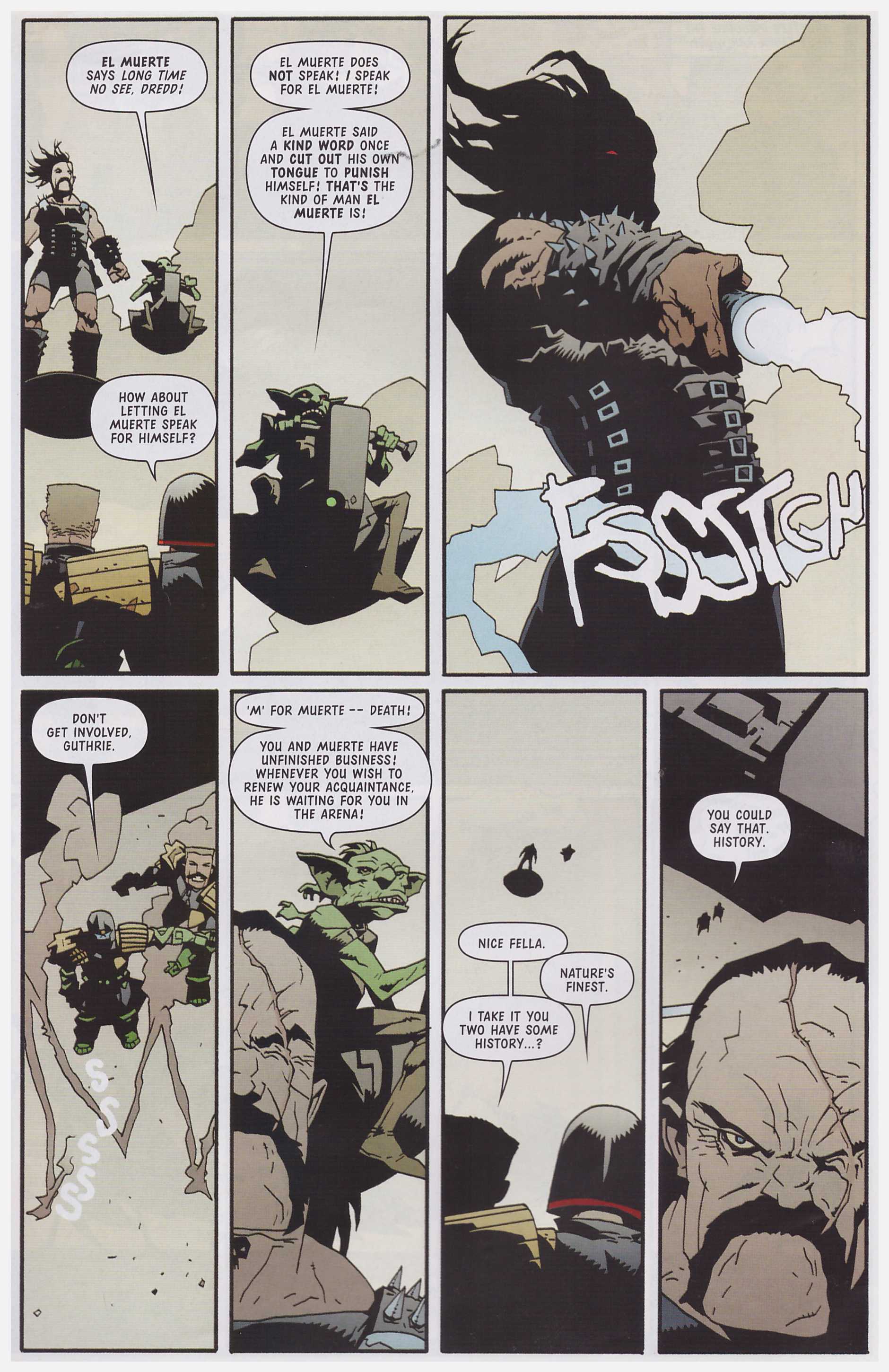 A giant floating island docks just within the territorial waters of Mega-City One. It’s two kilometres square, and a den of vice, iniquity and pleasure. Everything forbidden in Mega-City One is available in Sin City, but it comes at a price, often beyond money. It’s not long before hundreds of thousands of citizens are queuing up to take their shot at the indulgences on offer.

Given the strict attitudes of the Judges, this volte-face may appear astoundingly lax, the thin of the wedge, but they have their reasons. Somewhere within Sin City is a person they’re extremely keen to lay their hands on, and as part of the conditions for being able to operate, permission has been granted for forty judges to board the craft.

It’s sometimes all too easy to take John Wagner for granted. Satan’s Island doesn’t number among either his or Dredd’s finest works, but it’s a solid story with sub-plots that slot into the main narrative well, and many other writers would be lauded for producing anything near as accomplished.

Wagner has a good laugh throwing in even bloodier versions of the game shows he frequently refers to in Dredd – “For every additional wrong answer Lance will then remove a major organ. Become an ultimate winner and we’ll put ’em all back in again.” Another concern is a disgraced former judge, now a steroid-infused monster who takes on all-comers with his electro-lash, complete with a cackling spokesman, and we also have the wastepail brother of a judge assigned to duty on Sin City.

Just when you think you’ve got this pegged, Wagner ratchets up the tension with the return of one of Mega-City-One’s deadliest previous foes, and the story rapidly transforms from decent and amusing into something else entirely. As seen elsewhere in Dredd, Block Mania being an example, Wagner’s excellent at sneaking his big story in through the back door.

The art is by Kev Walker, and very good it is too, sometimes reminiscent of Mike Mignola with a jagged look, and a subtle colour palette drawing the eye to the brightest spots. Don’t be put off by a cover that’s not the greatest, he’s the best of the artists here. Cam Kennedy returning to Dredd after almost fifteen years is disappointing, sketchy and uninspired, while Ben Willsher’s earliest Dredd material is dull, but he’d improve. Paul Marshall’s art is curiously old fashioned boys’ comic style, which is an interesting diversion.

All three are illustrating shorter stories that spin off from the main feature, Kennedy’s having an inbuilt legacy status, but Wagner’s best work on these is that of a rogue squadron of genetically-engineered soldiers taking their revenge.