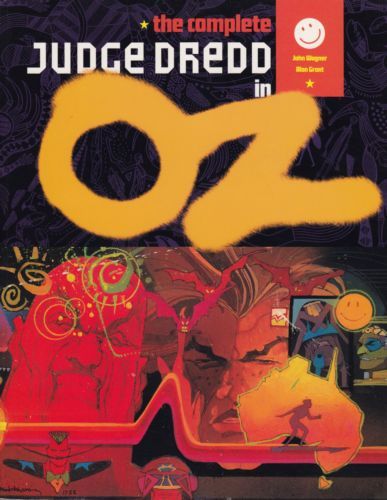 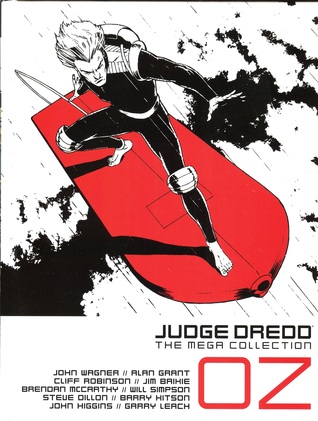 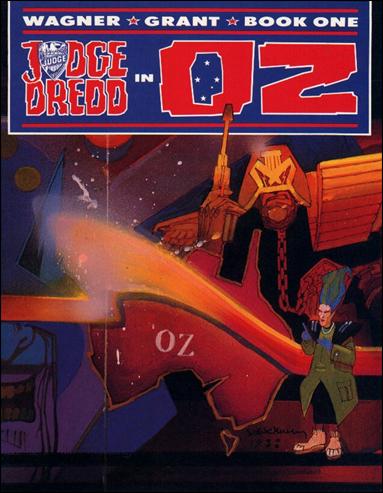 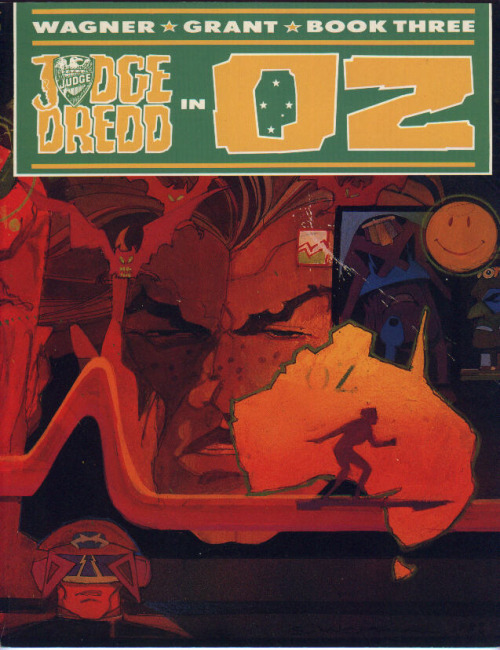 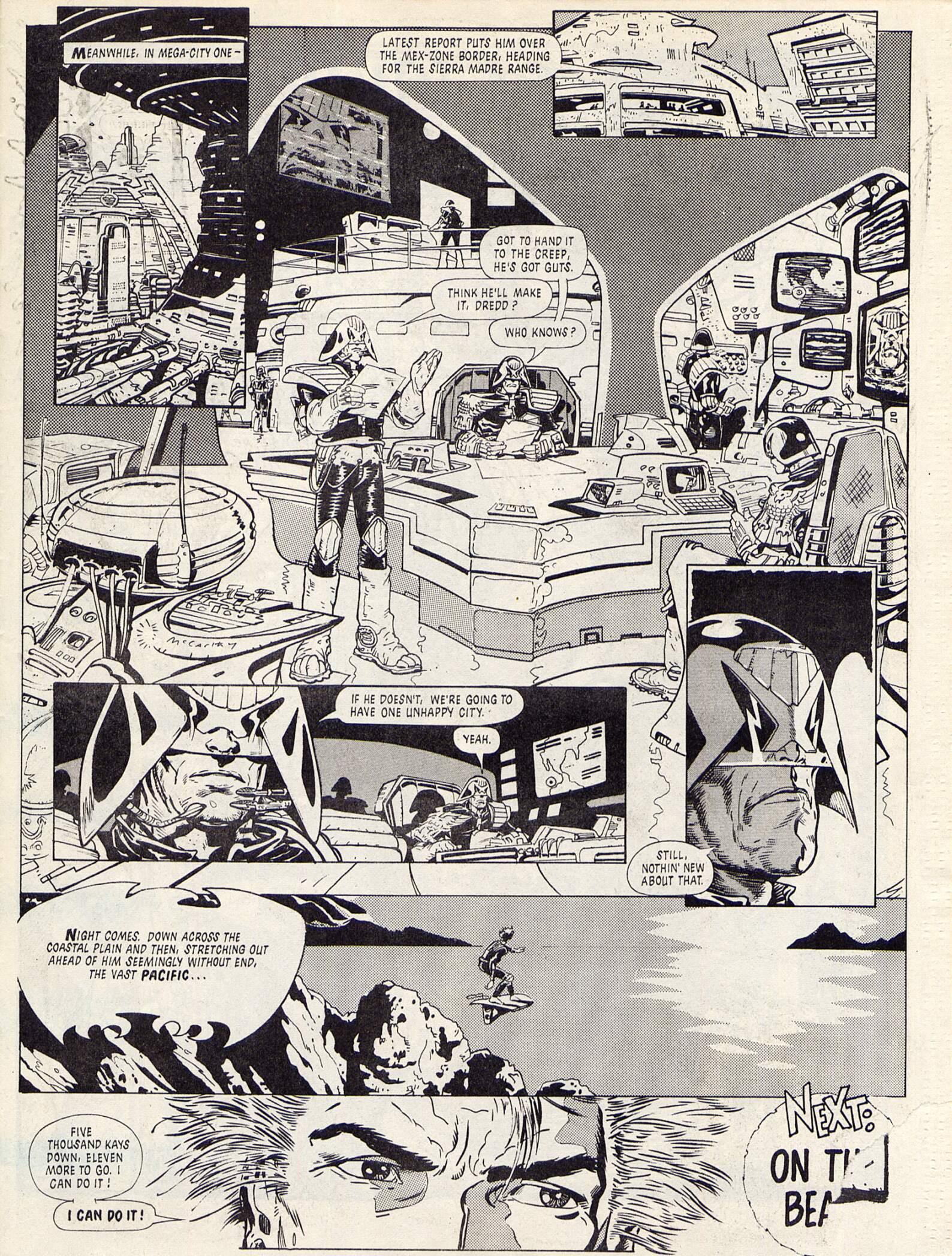 At the time Oz originally saw print in 1989 issues of 2000AD Judge Dredd was undergoing a slump. Inexperienced artists weren’t producing the goods, and the writing team of John Wagner and Alan Grant were lacking inspiration. Perhaps with the luxury to stretch themselves on an extended narrative featuring a popular supporting character matters might improve.

Marlon Shakespeare, aka Chopper, is still doing time for illegal skysurfing, having been arrested on winning Supersurf (see Case Files 9). That wouldn’t be a problem in the Sydney-Melbourne Conurb, which embraces Supersurf, and there’s a growing public clamour for Chopper to be released to defend his title against the arrogant Jug McKenzie.

There’d be no story without an escape, and Chopper proves his dedication by traversing the Cursed Earth on his way to Oz. Initially tracking him, the Judges are distracted by another problem, as the Judda arrive in Mega-City One. These guys look like Judges, and they act like Judges, but also attack judges.

The story is an awkward fusion. Most of the Chopper scenes work, as there’s a mission, tension and a likeable character to root for. The contrast between the laid-back Australian judges and Dredd is played well, as is the real reason for his presence, and the conclusion, but the Judda intrude. It’s possible they were introduced in order that Oz wasn’t just a reprise of Chopper’s previous starring role, or it may have been the case they were intended as separate material, but spliced in as artists failed to meet deadlines. Either way, the insertions aren’t well managed. Each story sidelines the other for chapters at a time, making for an unsatisfying read.

Furthermore there are art problems. Surely no-one believed that the opening chapter’s Cliff Robinson was ever going to draw the entirety of Oz. It’s equally surely the case that Wagner and Grant didn’t forsee their tale requiring nine artists over 26 chapters (and that’s counting the various aliases used by combinations of Dave Elliott, Garry Leach and Will Simpson as three). There’s some stunning stuff from Brendan McCarthy, but his wild invention is million miles from the tight discipline of Robinson or John Higgins, the latter along with Barry Kitson producing the best skysurfing scenes. The Dredd strip has thrived on contrast, and there’s no desperately poor art, but the constant switches are intrusive and ultimately kill what little atmosphere remained.

It’s a great shame, as within both plots there are the good ideas the strip was lacking at the time.

When originally issued as a collection, Titan extended the material over three separate volumes. The current format of choice is surely Hachette’s hardback, part of their Judge Dredd: The Mega-Collection partwork. It gathers the entire tale and presents an interview with McCarthy.